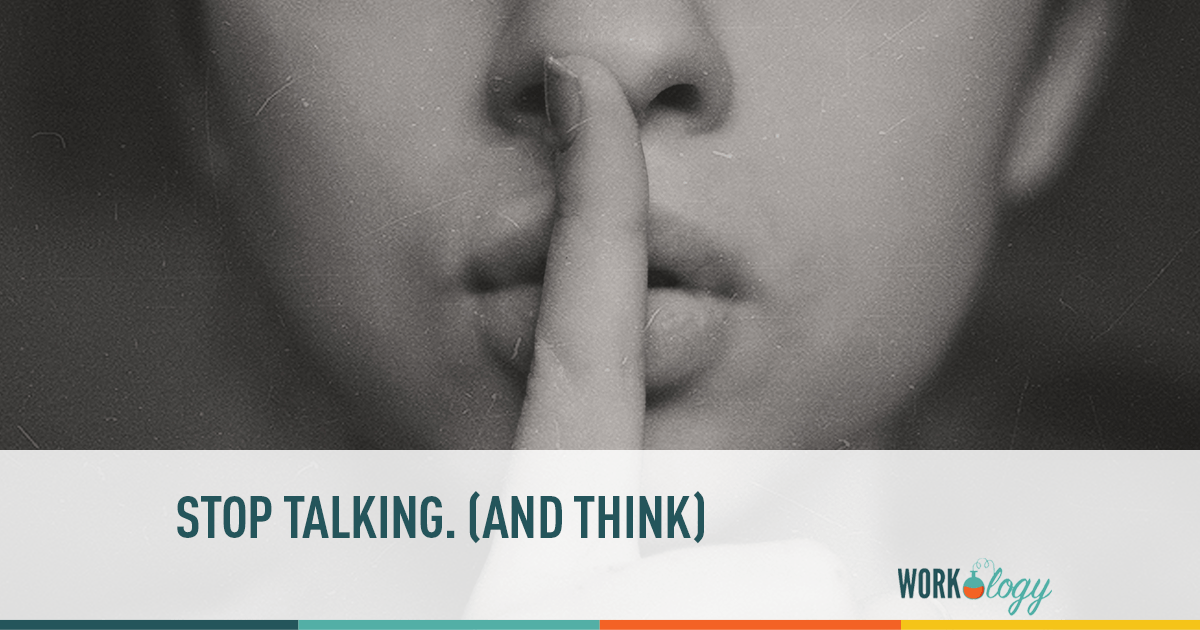 I’m going to come clean.  I forgot about all of you.  I didn’t write this post until the last minute.  It’s because I’ve had a lot going on lately.  You see, a few weeks ago my trusty 1996 Ford Explorer broke down on the way to a hearing, and after hearing from the mechanic that it was a lost cause, I’ve been spending a lot of time searching for a new car.  And work has been busy, my caseload has increased and I find that it only keeps growing.  Plus, my daughter has decided that she no longer wants to go to sleep at bedtime, and even when she does, she ends up in our bed, which leads to me getting kicked all night long. Oh yeah and… Wait.  Why am I telling a bunch of strangers all of these (admittedly, not very personal) things?

While nothing I’m telling you is troubling (at least I hope not) people, including myself, have a tendency to overshare.  Oversharing can just be annoying, and other times it can get you into trouble.  Sometimes, we all need to take a deep breath, think for a minute and then think about whether we should say something.

Right now you’re probably think “Of course Casey, I know I shouldn’t make discriminatory comments.”  Yet, it keeps happening. More than it should.  Whether its an obviously discriminatory statement about someone’s age, race, national origin, religion or sex, or something a bit more nuanced, your company can still land in a ton of trouble.  Everyone knows that calling someone an “old man” before terminating them is bad, but it’s also not a good idea to talk about the need for “new blood.”  If people stopped for a moment before making a comment about a co-worker or subordinate, many of these unfortunate situations could be resolved.

If your company is sued, chances are there are going to be depositions.  And if the lawsuit is a large one, there may be a lot of depositions.  A deposition is essentially a question and answer period, where the deponent (i.e. you) has to answer questions under oath posed by the opposing party’s attorney and your company’s attorney.  Now is an awful time to get talkative and overshare.  When being deposed, it is important to tell the truth, but it is just as important to only answer the questions you are asked.  Don’t offer more information than the question requires.  I would never request, suggest or hint that a deponent should hide information, but you also don’t want to offer up information to the opposing side without being asked.

The chances of you taking the stand in a trial are fairly slim.  Approximately 95% of cases settle before trial.  However, if you (and your company) end up at trial, it would be the worst time to forget to watch what you say.  Many of the same principles from being deposed apply while on the stand during a trial.  Unfortunately, the pressure is ratcheted up quite considerably, because not only will you realize how high the stake are, but you’ll also have a judge, jury and opposing counsel (as well as some courtroom observers and possibly press) in attendance.  Again, thinking before you answer each question is always a good idea.

So next time you’re about to say something, take moment to think about whether you’d like to repeat it in front of a judge and jury.