You’re An Idiot If You Discriminate Because Someone is Gay 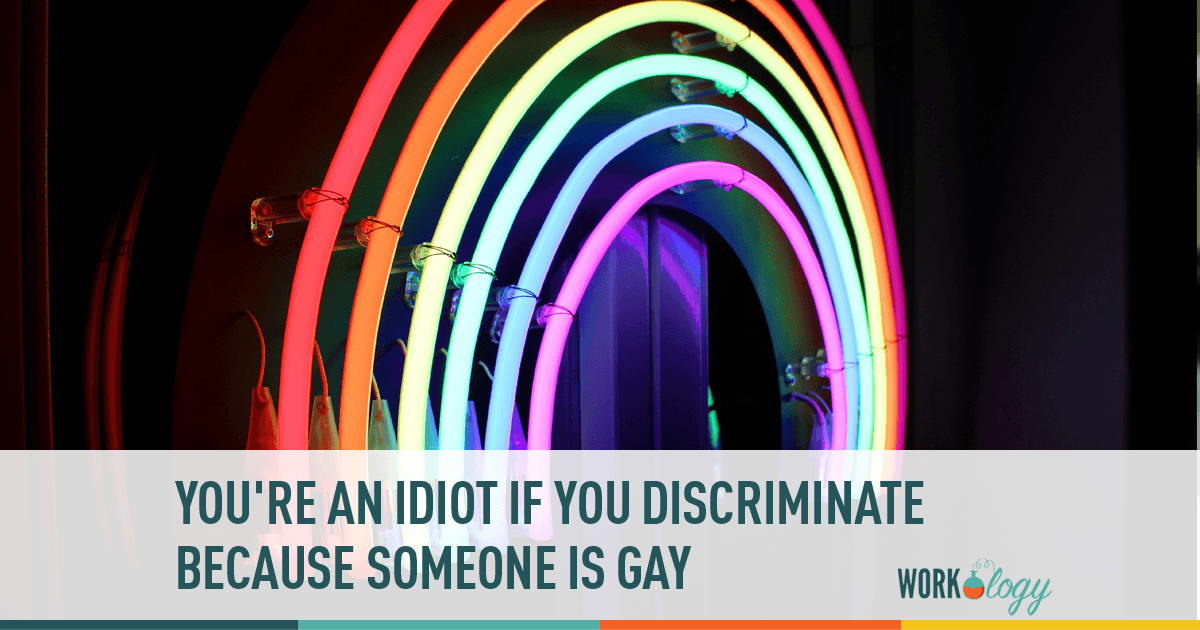 As an attorney, I try to be careful with expressing a personal opinion. For the most part, my personal opinion doesn’t matter when it comes to a case. If you hire me, its because I’m going to do my job and represent you to the best of my abilities, regardless of whether or not I agree with your choices, opinions or actions.

But I’m not going to beat around the bush here. If you’re considering sexual orientation when hiring, firing or making any other employment decisions, you’re an idiot. I’ll repeat that: you’re an idiot.

Change is coming. Congress is currently considering the Employment Non-Discrimination Act (ENDA), which would prevent employers from discrimination based on sexual orientation or gender identity. Similar bills have failed to pass before, but given the current climate, ENDA has a greater chance of passing than any point in the past.

Clearly, the country’s views on homosexuality and same-sex marriage are rapidly changing. Maybe yours should too.  After all, it makes good business sense to be open-minded, if doing the right thing isn’t enough.

You Are Missing Out on Talent

Businesses exist to make money. In the end, that’s the whole point. You provide a product or a service for money. If you’re not providing the product or service well enough, you won’t be in business long.

In order to become successful and help your business grow, you need talented employees. And if you’re limiting yourself to only straight employees, you’re missing out on a large portion of the talent pool. Quite frankly, limiting your talent pool to straight people makes as much sense as limiting it to only men or only white people. Talent is not limited to those people whose lifestyle you find acceptable.

No Law Doesn’t Mean No Lawsuits

Until ENDA, or something similar, passes there isn’t a federal law prohibiting discrimination against an employee based on sexual orientation or gender identity. But that doesn’t mean you can’t be sued.

Even if you manage to successfully defend the lawsuit, you’ll still have attorney’s fees.  You should be working to eliminate, or at least limit, your legal liabilities. So why would you even take a foolish risk that could cost you a great deal of money?

It’s None of Your Business

Most importantly, whether your employee goes home to a man or woman is none of your business.

So take a long hard look at yourself, and decide whether you want to do the right thing and possibly reap some business benefits, or continue down the other path with a rapidly shrinking group of like-minded people and likely see your business suffer.