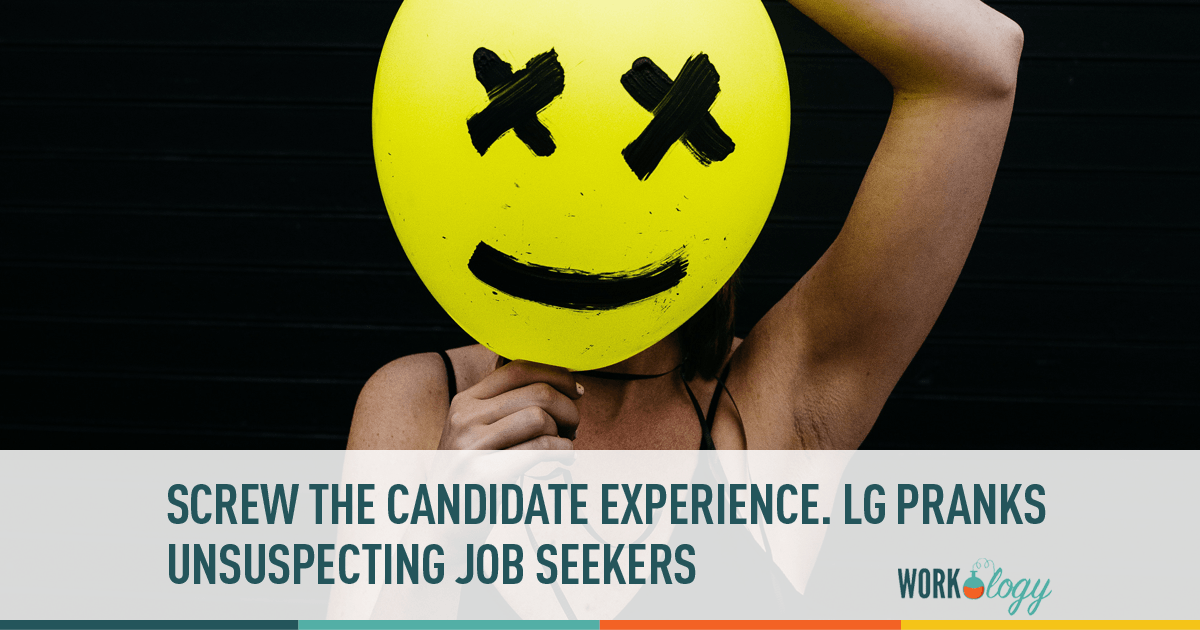 Yes, LG we know you have great picture quality and sound that is nearly life like, but I disagree that this actually funny (see second video below). LG decided to prank unsuspecting job seekers who thought they were attending a job interview. A television was mounted to the wall to look like a window situated behind the desk in the direct site of a job seeker while the hiring managers had his back to the window. As the interview progressed, a meteorite landed on the city below. It was the apocalypse now. Interviewees became increasingly alarmed losing clothing, screaming and running for their life only to later find out that the end of the world was just a PR demonstration of how great an LG might just be.

Job seeker reactions varied. Personally, I think it was in bad taste if these are job seekers and not just actors playing the part. Even still it demonstrates the type of culture and company that likely disrespects not only job seekers but their employees. LG obviously doesn’t care about the candidate experience or the well being of their candidates they were interviewing. This is in stark contrast to one of my favorite HR and recruiting videos by Heineken called The Candidate. I’ve posted both videos for you below. Which one do you like better and why?

Check out more of the best and worst HR and Recruiting by clicking here.