Rise of the HR Freelancer 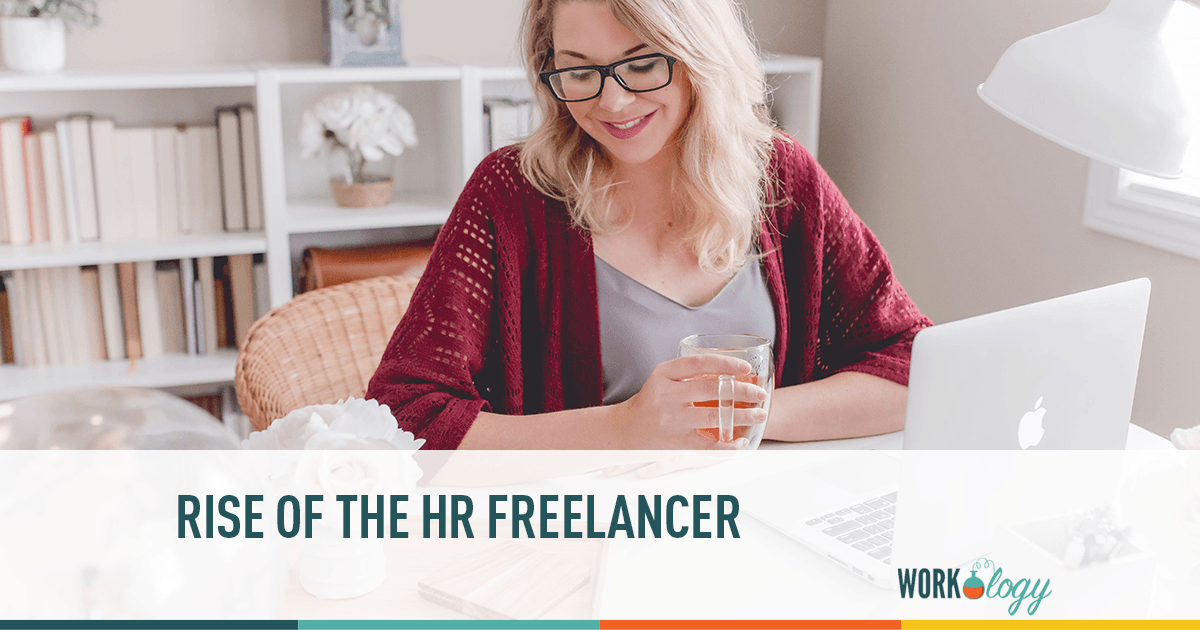 In case you haven’t noticed, freelancing is kind of a big deal these days. So many people now have a side hustle or have started their own LLC’s to capitalize on a flexible work at home lifestyle. One recent report puts the number of people freelancing at 56 million (U.S.) which is comprised of both part-time and full-time gig workers.

Rise of the HR Freelancer

Over the past several years I have noticed that a number of my colleagues and friends in HR have left corporate positions to consult on their own. That trend shows no sign of slowing down.

As for me, I have been working for myself for the last 20 years, save for my two-year stint in corporate recruiting. I had started an online job board back around the year 2000 while still working ‘for the man’. But when I got laid off after the dot com bust I decided to concentrate on my own business and simply work for myself.

I learned a great deal about digital recruiting (aka attracting talent online) along the way and before I knew it a decade had flown by. Fast forward to 2012 and I found myself fortunate enough to be able to sell that job board business. But I still didn’t want to go back to a full-time role so I began work on another career-related startup. I dabbled with it for 2 years before deciding to give up on it and began to think about my next move.

Having gained a great deal of knowledge working with and for recruiters I decided to take on a full-time role as a Talent Acquisition Manager for a small software company. I was the first recruiter they had ever hired and took them from 10 employees to 20 in the first year. I really loved my job helping people get hired but there was one problem. My boss didn’t really care about his employees. So I moved to another company but again found myself in a similar situation. I lasted about 9 months in that role and had had enough of working for others.

So in 2015, I began my HR freelance career in earnest. The business was rocky at first, projects were sporadic but I kept at it (persistence is one my traits) and got to where I am today. Well known in the industry with steady clients, multiple revenue sources and a six-figure income.

For the past two years, I even began to pick up recruitment marketing work off sites like Upwork. Projects varied from creating an entire EVP for a company in the Philippines to implementing a Google Adwords campaign for a healthcare company on the west coast. I also help HR tech vendors with their marketing strategy since this is also a skill set I have learned over the years.

Something else is happening. As a member of several recruiting and HR groups on Facebook, I have noticed one big theme among the chatter in these forums. Many people have a burning desire to freelance as a recruiter, sourcer or HR consultant. Remote work is of particular interest to them. They crave the ability of a flexible employer where they can work from home. Lets face it, recruiting and sourcing, in particular, lend themselves well to a remote role. Many aspects of HR can also be done remotely from writing employee manuals to running payroll. We just don’t need to be in the office for all this stuff!

That is why I decided to help other freelancers through the launch of HR Lancers. I call it ‘Upwork for HR’ and I think its time has come. The site, which is a free open marketplace, has signed up hundreds of freelancers from Employment Lawyers to Recruiters to HR bloggers for hire since the beginning of the year. People are actually thanking me for creating it, saying it is a resource they have longed for.

Alissa Penny from A Better HR LLC, who is one of those new freelancers, says she believes HR is on the pathway to gig work. She told me recently, “there are so many small and medium-sized businesses that don’t have a dedicated HR person in-house. This alone will drive the need for more HR freelancers – businesses may not need a full-time specialist but they absolutely need to ensure they’re compliant and stay agile in the face of ever-changing regulations.”

Freelancing in HR can be a savior for so many people right now I hope that more companies are thinking of leveraging the talent that is out there. These experienced professionals are pining for the chance at a remote project or even just a steady part-time gig they can count on.

I believe the future number of independent consultants in our space will continue to grow exponentially in the next few years. In fact, I think nearly every industry will have its own freelance marketplace because, given the choice, many people want the control and flexibility they can achieve through work independence. The gig economy is more than just Uber drivers. HR functions are also poised for their own evolution.

Chris Russell is considered by his peers to be the ‘Mad Scientist of Online Recruiting’. His company, RecTech Media, publishes tools and news to inform and empower the modern recruiter. Connect with him on LinkedIn or follow him on Twitter.