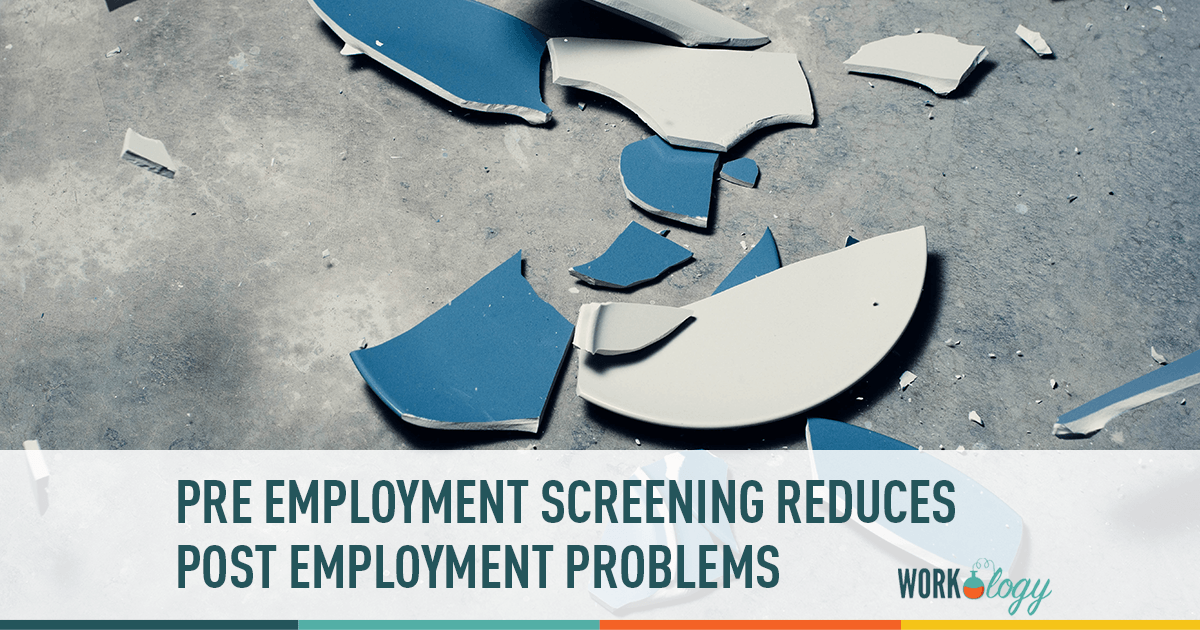 You have a small restaurant and want to hire a dishwasher/busboy. You put an ad in the paper and several people apply, but you find a nice college boy who looks perfect and more importantly, he’s affordable. Fast forward a couple of weeks: Everything is going well until he assaults one of your waitresses after closing. You then find out that not only has he never attended college, but he has never worked in a restaurant, has a long history of physical crimes and is a known drug user. While at first glance this may seem improbable, this type of scenario occurs on a regular basis.

Why do a work background check? Most people remember the case of former Notre Dame coach George O’Leary. O’Leary was hired as the coach of Notre Dame after several successful years as Georgia Tech’s head football coach. Reporters started digging into his background and found out that he lied about having a master’s degree. Notre Dame was forced to fire him within two weeks of hiring him. A pre-employment background check would have caught this issue.

Why do a drug tests? Well, 25% twenty-five percent of all applicants for employment in the United States fail a simple five-panel urine drug test. That’s right, 25%! The five-panel test looks for marijuana, cocaine, amphetamines/methamphetamines, opiates, and PCP. There are seven- and nine-panel tests which test for most every drug known to man, and there is also a hair test that catches drugs which may no longer be present in a person’s urine. If you openly advertise that you conduct drug tests pre-employment, a portion of the population won’t even apply for the job, saving you a bunch of time.

There are those candidates who use drugs but employ any number of tactics to mask or hide their drug use. These “beat the test” techniques are known by most drug testing services and have met with little success. It is imperative to make sure the drug-testing company you use is a certified collection location. Most employers are surprised to find that a drug user will go to a testing facility expecting to pass or fool the test. Another reason for drug testing pre-employment is that drug users have been shown to have a higher likelihood of stealing or causing a workplace injury. Either of these would cost your business much more than the cost of an initial drug test. A drug test can usually be administered and scored within 24 to 48 hours so it would not slow down the hiring process for a business that is desperate for help.

Lastly, there is the criminal check. The busboy example at the beginning of this article is a real-life situation. His assault of the waitress would have been prevented had a criminal background check been conducted. Businesses doing criminal checks ask on their application whether the candidate has any past crimes and usually look for crimes occurring within the last five to seven years. Some companies have a policy of not hiring former felons but will hire candidates with misdemeanor convictions. The key to a policy in this area is consistency.

If your business hires drivers, some misdemeanors may be important. A DUI case can be pled down from a felony to a misdemeanor. If your company’s policy allows candidates with misdemeanors, you could end up being trapped by your own rules. All three of these pre-screening tools are helpful in preventing an employer from hiring someone who could potentially harm others or your business itself. Be sure to use the right resources when putting these policies into place.

The adage rings true: An ounce of prevention is worth a pound of cure.

When not golfing, cooking, or fixing his kids’ flat tires, Jerry Ballard is the president and lead consultant at Perfect People Solutions, a cutting-edge consulting firm that provides businesses with creative solutions to their people problems. Feel free to contact him at jerry.ballard@perfectpeoplesolutions.com if you have any questions regarding this or any other people issue. While people aren’t perfect, your people solutions should be.