Why You Do Personality Tests During the Interview & Hiring Process 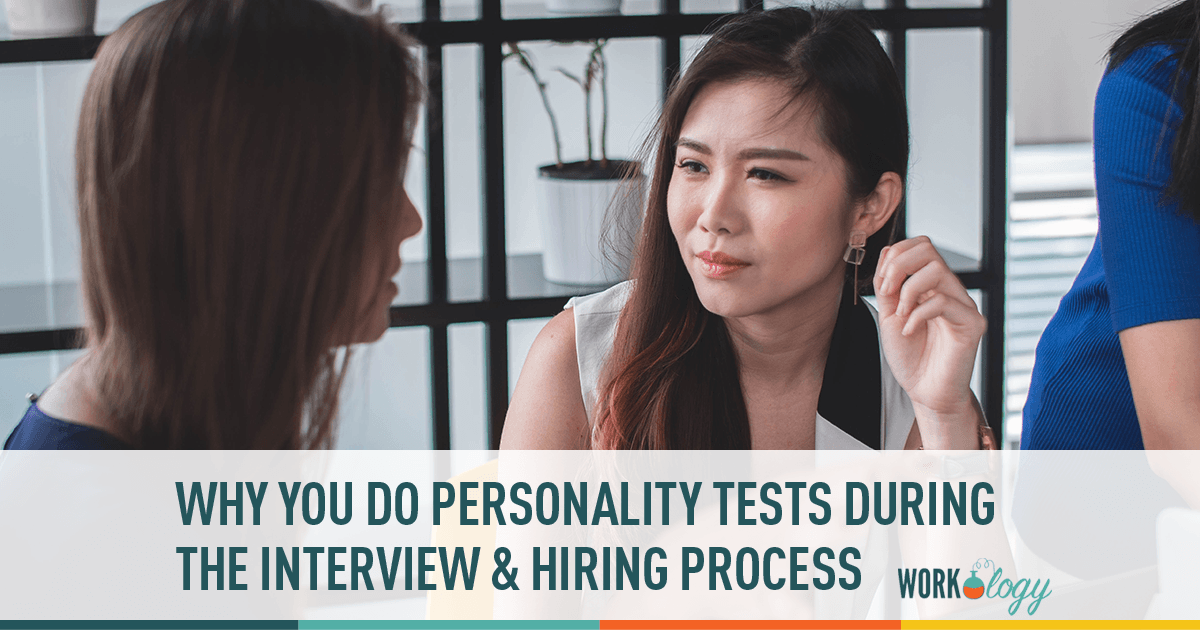 In addition to the job interview, some employers (whether they’re big names such as business executive Charles Phillips Oracle or new entrepreneurs) are now requiring personality tests, IQ tests, and EQ tests before making a hiring decision.

While it may seem like a formality, it’s not unheard of to be turned down based on the results of these tests. Companies are looking for individuals who mesh well with the company’s culture, and those who show promise for a successful career.

The questions on a personality test are rarely ever straightforward with only one correct answer. Companies may test their top performers and then look for candidates who seem comparable. Psychology is almost always involved in the questions, and rarely the answer to one question holds a lot of weight.

Companies look at the overall test for a successful match, and some even have cut-off points for those who don’t score high enough. Be prepared for true or false questions, selecting individual statements, and ranking the importance of various traits and responsibilities.

Some companies may also ask candidates to take an IQ test during the interview process. These tests help measure problem solving skills, verbal, math, reasoning, and other cognitive abilities. While the results of an IQ test may not be the only determining hiring factor, thoroughly read all questions and answer as accurately as possible. IQ tests may not be as common as personality tests, but some employers still require them.

It’s a good idea to review the job posting thoroughly before beginning the interview process. If you find the job requires self-motivation, being a team player, good communication, and problem solving skills, it can be almost guaranteed that these types of questions will appear on the assessment. Answer honestly; companies are looking for candidates who will integrate well into the team and company culture.

Some employers may want to test the skills listed on the candidates resume, especially when it comes to computer, software, and other technical abilities. If the candidate has listed they are an expert in software coding or web design, they should be prepared to prove it.

Some companies are willing to train the right candidate, so be as open and honest as possible with previous employment history and technical knowledge.

It’s Not All About the Personality and Assessment Tests

While personality, IQ, emotional, and skills tests may help narrow down potential candidates, it’s not the end all be all. Recruiters look at the entire interview process, including body language, previous experience, and growth potential before making a hiring decision. To prepare, stage mock interviews, take online practice assessments, and seek feedback from peers and other industry professionals.

Today’s job market is tough and filled with highly qualified candidates, so don’t give up after the first rejection. It’s important to keep an open mind and a positive attitude.

What’s your experience jumping through the hoops?

Brian Flax is a freelance writer based out of the Washington, D.C. area. He holds a Master's in Education Technology, and a Bachelor's in Entertainment Business from Full Sail University. Brian is experienced in a variety of topics including business management, technology, and profiling business executives. He can be reached by email at brianmflax@gmail.com.