Not Everyone Will Be Able to Use VR and AR 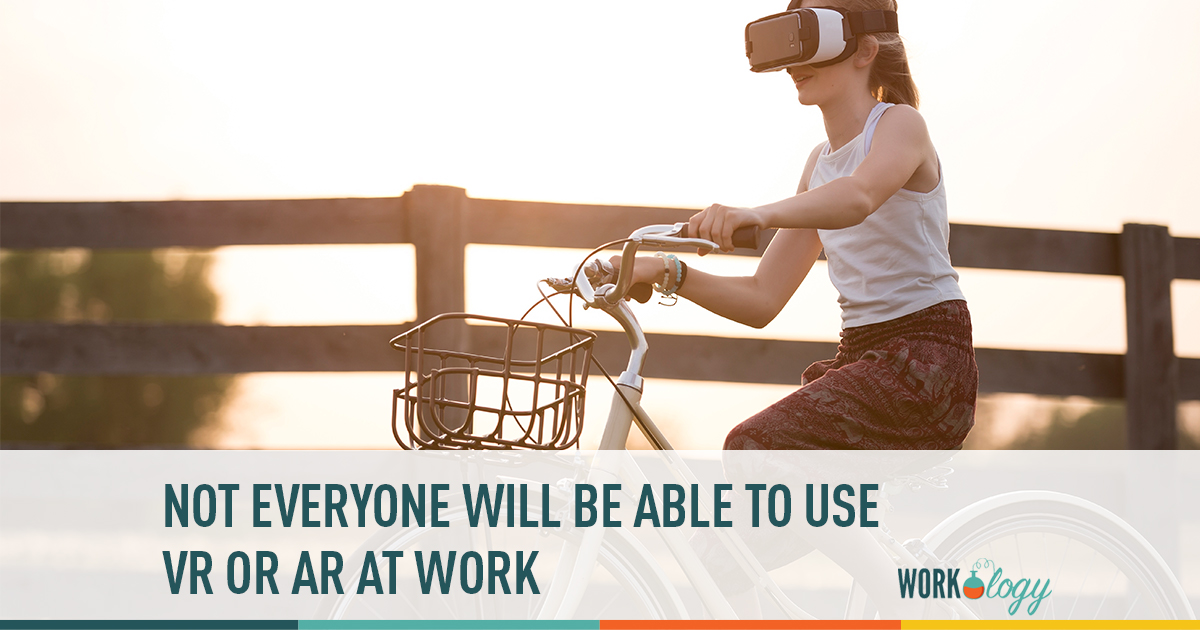 The other day I was reading an article on the website IamWire, which is self-described as “a digital incubator platform for technology professionals.” The article was entitled Top 10 Technology Trends for 2017, one of many such articles you will find during the month of January. This one, written by Hiren Patel, an entrepreneur and technology writer, contained in the top 10 list the prognostication that “VR (Virtual Reality) technology will help businesses attract customers in a new way.” VR and AR (Augmented Reality) are both “wow” technologies that are rapidly making their way into the everyday world. I am sure you have all seen the commercials. There is just one problem with VR, it makes some people sick.

As I was sitting at the local bar watching the NFC football game on Saturday one of the commercials for a VR system was played on the TV set. A friend sitting beside me said he could not use the system because he got motion sickness. I too have difficulty with motion sickness. I even get a bit queasy with 3-D movies.

With this in mind what are going to do in the future when employees will be required to use such equipment to perform their jobs? What will we do when they cannot perform that work?

The Workers’ Comp or ADAAA Case of the Future?

As I discussed in a post I wrote called Future Friday: The Disability of the Future Workplace? the army has long known about, what they call, simulation sickness. As they trained soldiers in simulators they found that “simulation sickness occurs in between 13% and 90% of the population, depending on how immersive and convincing is the virtual environment” according to Christopher Mims the author of Digital motion sickness will be the occupational disease of the 21st century. Mims is like me and gets queasy with 3D movies. He cannot tolerate Oculus Rift, which I have not tried.

This raises a bona fide question for employers that may move into this technology “What will you do with employees who cannot handle the virtual reality, or augmented reality, or 3D environment in which you will require them to perform their job? You will have to remember to have that documented interactive discussion on what might possibly be a reasonable accommodation. Of course the ADAAA requires that the person be capable of performing the essential functions of the job in order to be covered by the ADAAA, but if someone cannot stand the motion-sickness or simulation sickness to begin with you may not get to that point.

What if they can perform the job, but after an intense session they become ill. Will they be covered by workers’ compensation? Does anyone even have a workers’ comp system prepared to define this type of illness as compensable? Probably not, so the government will have to play some catch-up.

While many of us today may think of Oculus Rift, or any VR system, as a toy it is being developed as a business tool that many companies will be using in the future. If your company is one of those that will be addressing this technology, you have to be prepared to deal with the fall out of some people not being able to do the work.