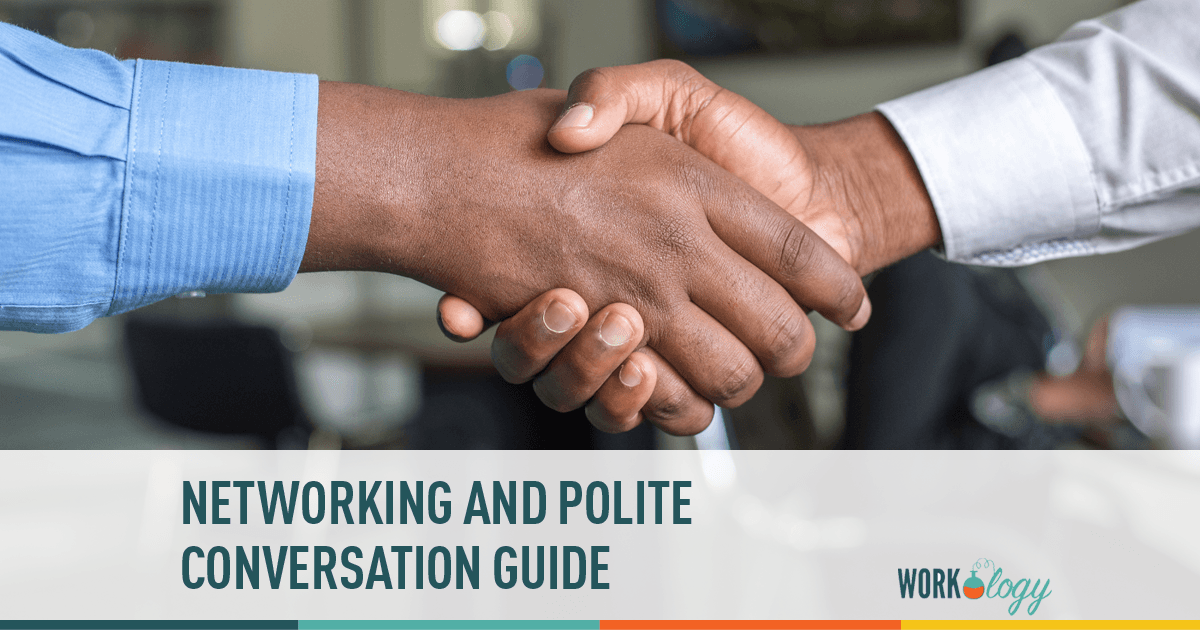 The role of the HR Practitioner involves addressing specific issues that your employees just don’t get. CareySue Vega is our resident etiquette expert and every week she brings you a different piece of etiquette information to keep you thinking. Manner Monday is for anyone trying to make a postiive impact in their workplace.

Networking and Polite Conversation go hand-in-hand.  You can’t do one without the other.  As I mentioned in a previous post, networking is not a task you can outsource – you are the only person who can truly network for you.  With that being said, not too many adults I know truly LOVE to venture out to networking events.  We’d much rather head home, get comfortable, and unwind.  But we also know it’s a critical part of doing business.

My friend was interested in becoming part of a local women’s volunteer group.  She was a bit reluctant, as she didn’t feel as though she fit in with the ‘demographics’ that the community stereotype had placed on the group.  Since I’m a member of the organization, I assured her there were ALL types of women in this group, from all walks of life, and at all different stages in their personal and professional journeys.  After a bit of convincing her that she would easily find a place to ‘fit in’ within the group, I signed her up and sent her off to the newbie orientation.  She called me after the orientation saying that if one more person asked her ‘where she lived’, or ‘where her husband worked’; she thought she was going to scream.  I assured her, not a single one of those questions were asked with bad intentions, they were asked to try and make a connection, to find some common ground.  And unfortunately, they weren’t the best questions to ask of someone who already felt as though they didn’t ‘fit in’.

When faced with meeting new people in a networking situation, start by asking some very basic open-ended questions; and then listen.  Don’t get caught up in ‘what am I going to say next’.  Just listen.  Listen to what the person is saying and use their comments to continue the conversation. By honestly, sincerely, and genuinely showing interest in the other person, you will begin to make a connection.  It’s when we toss out our elevator speech and make it all about us that we risk coming off as cold, shallow, and a bore.  By focusing your attention on the other person from the very beginning, you will quickly find out if they are someone you want to get to know better.  And if you do find a connection and want to grow the relationship, the conversation will eventually turn back to you, and you will have the opportunity to share your story.

Do ask some easy, soft questions:

It may sound like obvious advice; but it happens all of the time at networking events – the above two questions get thrown out without a care or thought and they create an extremely awkward situation that is sometimes impossible to turn around.  When you start with the soft, easy questions, it will more than likely come up if the person is married and/or has a family.  At that point, you can go down that path if you choose.

And if someone does hit you with all of the ‘wrong’ questions, cut them some slack – they may end up being a really great person, whose just really uncomfortable with networking.

What are you favorite questions to ask at networking events to get the conversation started?