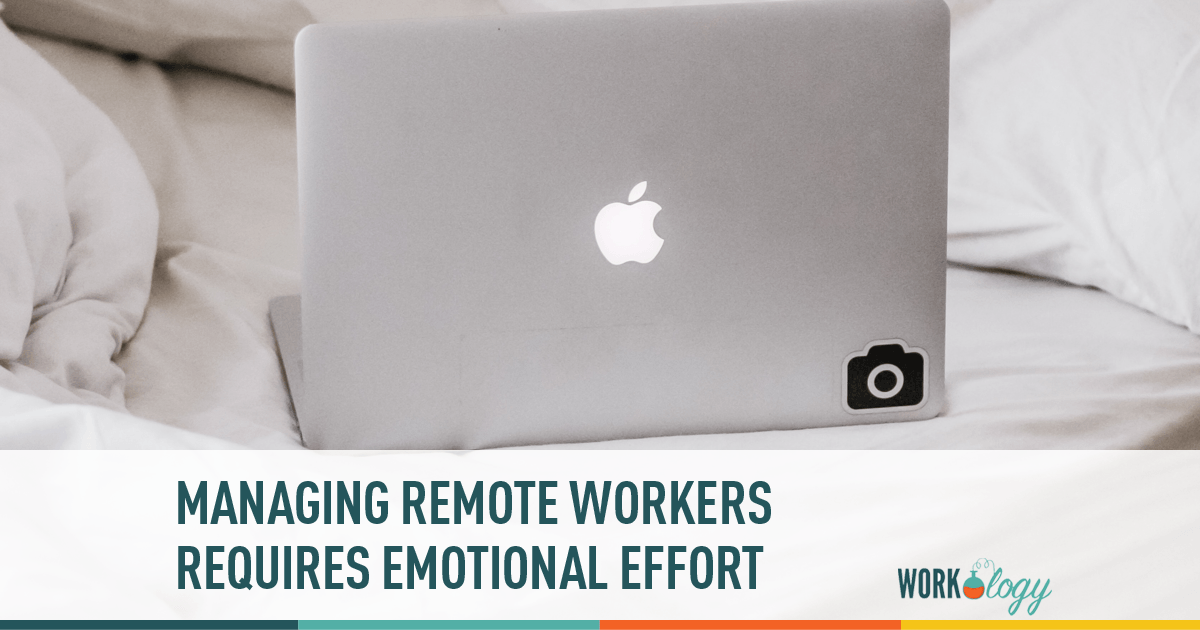 If you search on the subject of “remote employee management,” you’ll find a great deal of timely and useful information. Even though the subject isn’t new, the socioeconomic conditions that drive the need for remote employees and virtual teams are accelerating and expanding throughout the world.

Remote Teams Are Growing in Popularity

And, it’s not getting easier. Remote engagement with a virtual team is harder than onsite because it obviously requires online communication. Last week I had separate conversations with three people on the subject of online communication, which gave me new insight into why managing remote employees is so hard.

Everyone is in the same online boat

One friend was worried about another friend who had blocked him on Facebook. He thought he had asked an appropriate question, but after reading his own words he realized they sounded dogmatic and cold.

He and I agreed; to ensure people don’t take your message the wrong way it pays to add a line or two of extra “fluff” before and after your core message.

But, he also added that he doesn’t have time to put in the extra work, and he’s not very good at it. So, most of the time he just skips it, and if people are too sensitive, so be it.

Another friend and co-worker said he doesn’t have time to add all that extra emotional padding to messages, either. So, he relies on emoticons and types “LOL” a lot.

That might sound silly to some, but it’s important to reduce friction in a work environment, even if it’s not always practical to spend the extra time writing the extra fluff. From this perspective, a smiley face here and there can actually add value.

Unlike my friend who skips the extra work in his personal life, business objectives require the extra effort whether we like it or not. Telling people to “get over it” can bring negative financial consequences.

The right kind of work

Later in the week I interviewed a software developer we’re considering for remote work. He told us he had experience being managed and managing other people remotely, but with limited success.

He had to learn how to document everything extremely well and over-prepare for the few physical meetings he had with his co-workers. He summed it all up with, “it requires more effort than most people want to give.”

Most of the time when remote employees don’t work out it’s because their managers won’t put in the required emotional effort. It requires ‘fluffy’ sentences to wrap around the core meaning of messages. It requires emoticons. And, yes it requires smiley faces.

Considering most managers aren’t trained to put emotional effort into their jobs in the first place, it’s logical that long distance engagement exacerbates the problem.

We’ll all get better at this eventually

There’s no stopping the fact that the number of remote workers and virtual teams will continue to grow, whether they’re located in India, Eastern Europe or down the street. So, we’ll either get better at this or we’ll fall behind.

But, all the tips and tricks in the world won’t help you unless you make the required emotional effort. You have to reach out to people more than you want, type additional sentences you don’t want to type, and ask more questions than you care to ask.

The good news is the deeper emotional effort that successful remote employee management demands will ultimately pay off in your personal life as well. You can succeed at growing and building a virtual team.

Scott Kinnaird is Director of Sales for Mercury Network. He has been a technical recruiter, staffing company founder, and recruiting division president for a publicly traded IT consulting firm. He loves to write and talk about applying uncommon corporate empathy to key segments of the talent lifecycle to increase employee engagement and corporate profits. Connect with Scott.
Search