Learning a Second Language Pays Off in Your Career 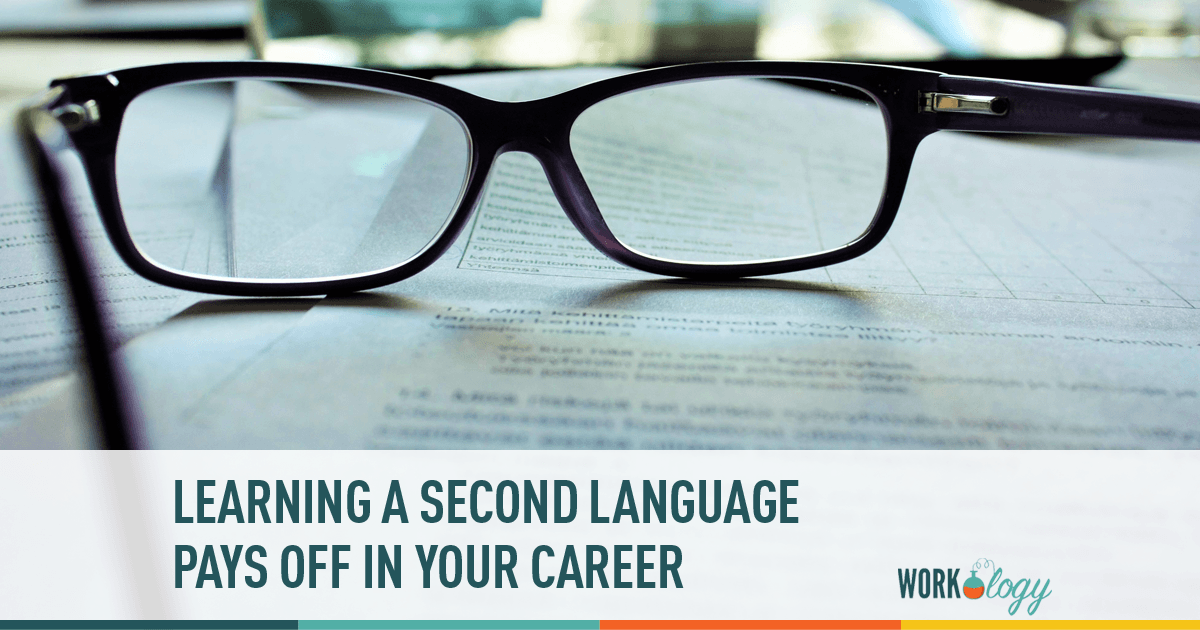 Parlez-vous français? Habla espanol? On Twitter, @aboutworldlangs  featured an article last year: “ Americans can earn 20% more an hour by learning a second language.” In the face of the culturally diverse world, language trends are too important to ignore. Eight U.S. states are either de facto (Latin reference!) bilingual or trilingual.  The 2000 U.S. census ranked Spanish as the second most spoken language, followed by Chinese.  My native country of Canada is officially bilingual by virtue of its francophone population; in fact, one Canadian province, New Brunswick , is 40% bilingual. During my trips to the U.S., I have noticed that Spanish is becoming more prominent. Given these demographics in North America, learning a second language will propel your career or job search exponentially. Sure,  it’s true that learning a second language is no easy feat, but achievable.  French is my second language and Spanish is becoming my third. My goal is to be trilingual one day!

Learning a Second Language Pays Off in Your Career

As a certified language educator, the most valuable way of learning a language is to immerse oneself in the country  or milieu in which the language is spoken.  Admittedly, this isn’t the easiest route for many, so I would recommend you gain access to the various language resources on and offline, such as Rosetta Stone (ideal for visual learners), Berlitz CD’s (Céline Dion became fluent in English by the Berlitz immersion method) and Twitter handles and Facebook pages. Over the years, I have advised second language students to listen to their second language for a minimum of 15 minutes a day-whether it’s listening to a CD in your car, kitchen or on your iPod. Take language courses in your community, watch the news with subtitles in a second language, and convert your bills into your target language.  Repetition is key, because we learn language in “chunks” (one word, two words, etc., before making a sentence).

On Twitter recently, @aboutworldlangs reported that learning a foreign language was an asset or requirement in seven career fields: communications, business, government, travel and tourism, education, and social services.  Whether you land an upcoming job interview or hear of a possible promotion (for example, government jobs often pay a premium for being bilingual), practise your second language, in case you have to demonstrate verbal and/or written competency.

It’s well known that this is the most competitive job market ever, so capitalize on learning or knowing a second language. It could be part of your professional brand. I use the bilingual brand constantly.  So how can one decide which foreign language is the most valuable to learn? Click here and check out Valuewalk.com’s article.

Are you ready to take on a new language?