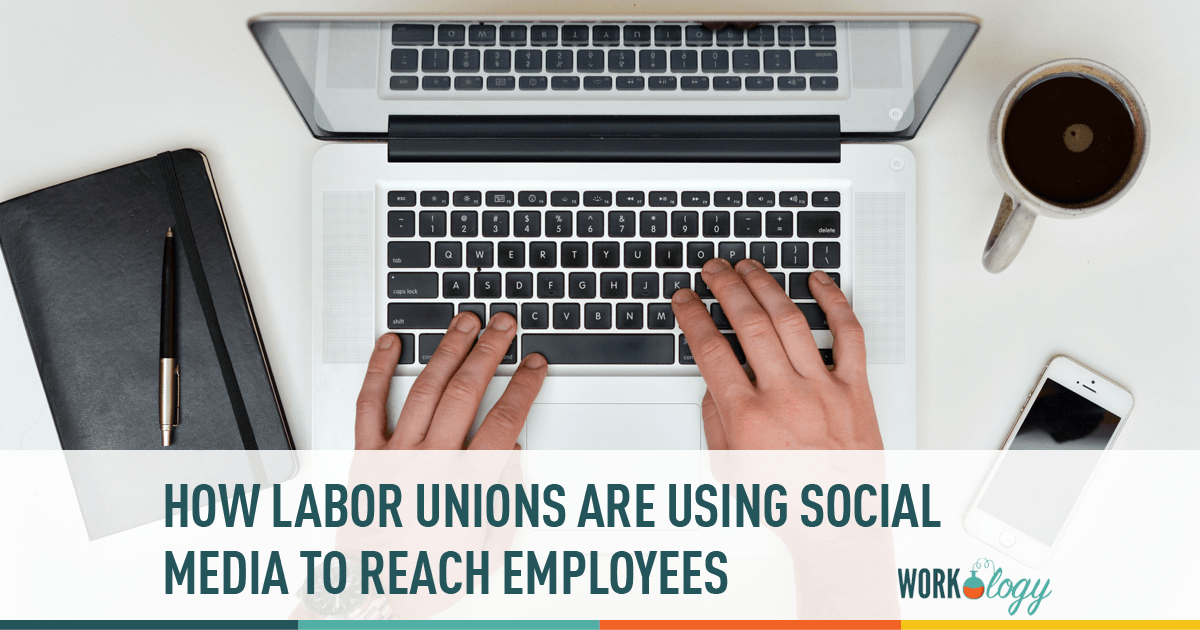 Yesterday, I hosted a webinar titled, “Understanding Unions, NLRB, and Social Media.”  The webinar was fantastic and during Jon Hyman and I’s presentation, we discussed data from LabourStart on how unions are using social media and technology to drive information to employees about unions.    During my career in HR, I have worked for companies that were both represented by  labor unions and those that were non-union.  I wanted to share this data with my readers on how labor unions are using social media to organize and communicate to their members, potential members, and others before, during, and after their union campaigns.

The survey data which you will see below is based on obtained from LabourStart who surveyed trade union organizations from across the globe with results from the UK, USA, Australia, New Zealand, and Ireland.  They offered two different versions of their survey.  One was offered in English and the other was offered in French.  The results you see below are from the English version.

It’s no secret that HR and senior business leaders are lagging in their adoption and understanding of social media usage by both their employees as well as outside entities and organizations like unions who pose a risk to organizations.  Last year, I wrote about How HR is Using Social Media.  While I’ve seen the adoption among corporate HR grow substantially over the past two years, there is still a huge learning curve.

While HR is slow to adopt and understand social media, unions on the other hand are very open to using this online technology.  In fact, 49% of unions are using Facebook with 23% of them also using Twitter and 13% YouTube.  UnionBook which is mentioned in LabourStart’s survey is a social networking platform for trade union organizations.  I find these results very interesting especially when we look at how job seekers in the US are using social media as part of their job search.  Other sources tell us that in 2011, 36.6 million US job seekers used social media as part of their job search.  This coupled with the use of social media by unions should be enough ammunition in my mind for employers and HR professionals to begin implementing a social media strategy for HR, employment branding, and employee communication.

These union organizations are becoming more creative in how they are using the web to communicate. Facebook Fan Pages are popular but many are using secret Facebook Groups and Google Groups to share information. For example, Jimmy John Worker’s Union has a Google Group that doesn’t allow for any of its 361 members to post comments or discuss. The group serves as a community where members can go to receive articles and information with the administrator taking advantage of RSS Feeds to drive the information share.

You may remember the controversy surrounding the Jimmy John’s franchise and the union election last year. February 14th, their trial began in Minnesota where owners from the JJ Franchise allegedly fired employee whistleblowers. The franchise landed in hot water with the NLRB because of this and their use of an anti-union Facebook Group during unionization efforts.

Labor Unions Keeping Ahead on the Social Media Learning Curve

Labor unions are keenly aware of where their web traffic is coming from and are experimenting with mobile apps, websites, and multimedia content just as most corporate marketing teams are doing the same. Just another case in my mind for HR to partner with Marketing and PR as consumer to candidate continues to overlap for companies that offer business to customer products and services. Learn more about the NLRB and their view on social media by taking a look at my summary of their 2011 Social Media Briefing.

Learn more about Jessica Miller-Merrell, SPHR, SHRM-SCP, the founder of Workology, a workplace HR resource, and the host of the Workology Podcast. More of her blogs can be found here.