Is Morality in the Workplace Necessary 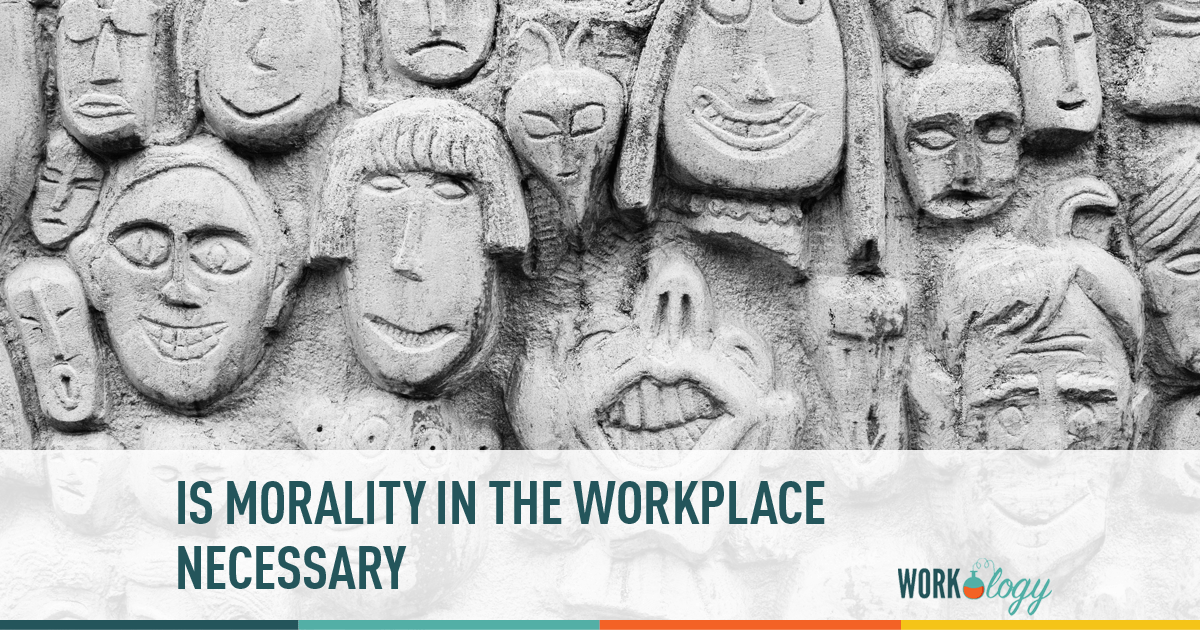 Sustainability.  It’s a word often used to describe environmental and economic conditions.  …And for sure, it’s been an adjective used in conjunction with business.  Whether we’re talking about the private or public sector…The United States is looking to improve our economy, focus on business development and empower our citizens with the opportunity to have a sustainable lifestyle.

What does Morality in the workplace have to do with sustainability?

Morality starts with YOU!  It’s your sense of right and wrong….good or bad.  Along with your lunch, it’s what you bring to work with you every day.  …And the choices you make have a ripple effect.

For the past 50 or so years our country has been built upon a form of capitalism that has evolved us into a great industrialized nation.  But we’ve reached the tipping point of change.  We are now in the Connection Economy.

“I believe that the financial crisis of 2008/9 exposed more a lack of ethics and morality — especially by the financial sector — rather than a problem of regulation or criminality. There were, of course, regulatory lessons to be learned, but at heart there was a collective loss of our moral compass. Too many put self-interest ahead of the interest of the greater good.  It became all about “having more,” instead of “living more.”

HOW TO FOCUS ON THE GREATER GOOD

Joshua Fields Millburn is a 27 yr. old guy who quit his 6 figure job when he was told to fire 41 people who reported to him.  Ya’ see…this Millennial was more interested in the greater good than the ultimate almighty dollar!  I know this sounds a little crazy to us Gen Xer’s and older.  I mean we didn’t grow up in a time of plenty.  We were taught that working with our minds rather than our hands was better…and that working in an air conditioned office was a step up to being a blue collar worker.  These were the indicators of our success.

Today, “We are living in a time of abundance…not scarcity” (Seth Godin).  Generally speaking – We have it all!  But we’ve lost our human connection – and that’s what we’re really craving!  Inherently, that demands a level of decent morality to give a crap about one another.  And when we do THAT…it will positively impact our bottom line!