Will You Have to Insure Employees’ Robot Children? 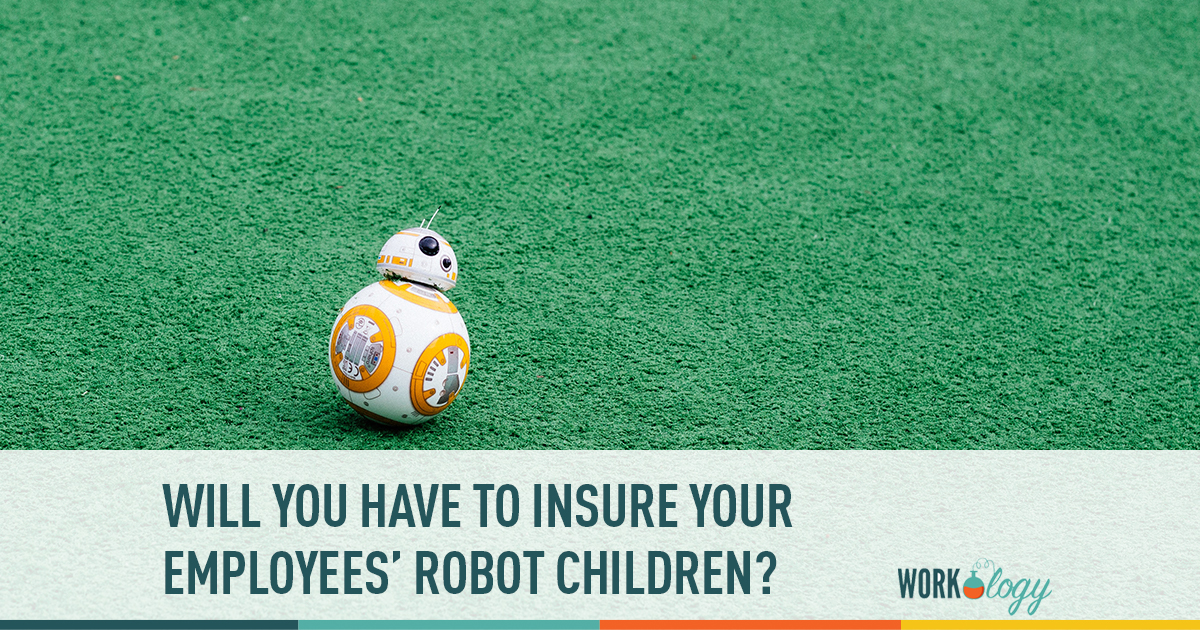 No, that’s not a joke headline.

A Spanish scientist, Dr. Sergio Santos, who builds sex robots as his side hustle plans to father children with his sex robot girlfriend.

No, that’s not a joke either.

Dr. Santos says that he could, essentially, build a baby – a young looking humanoid robot with a learning AI that he could “raise” to adulthood with the help of his sex robot girlfriend. The robot baby would be 3D printed and combine his traits with that of his robot girlfriend’s – the girlfriend that he also designed, built, and taught.

Santos says that “I can make [robots] have a baby. It’s not so difficult. I would love to have a child with a robot. Using the brain I have already created, I would program it with a genome so he or she could have moral values, plus concepts of beauty, justice and the values that humans have.”

There are obviously a lot of problems with Santos’ plan, not the least of which are that building a custom family opens an entire shelf of legal cans of worms, and while we’re making huge leaps in machine learning, we haven’t yet created true AI. Santos’ family would be learning AIs housed in dolls, not even fully autonomous robots, as our best humanoid robots, like Sophia, aren’t exactly independent yet.

But as with Sophia receiving Saudi citizenship back in October of 2017, Santos’ idea for a robot family raises interesting questions for the future of AI and robotics in our society, and more importantly for our purposes, the workplace. We aren’t yet at the point of developing true AI; nor are we at the point of developing humanoid robots that can independent walk among us. But some researchers think we’ll achieve both of those technologies within 100 years.

As we get closer we’ll see more and more tests of where AIs stand in our society: property or people. If AIs housed in independent robots are people, then they can be employees. And if we recognize them as citizens and employees then human or robot workers who build and “raise” young AIs are something like parents.

Would employers then be bound to offer all the perks and benefits to them that we now offer to parents of human children? For example, would AI parents be able to take paid leave while they adjusted to this new addition to the family? Would employer insurance expand to cover AI dependents? Would your workplace daycare need to make room for robot children?

Will You Have to Insure Employees’ Robot Children?

I know these questions sound bonkers today, but they won’t be the stuff of science fiction forever.