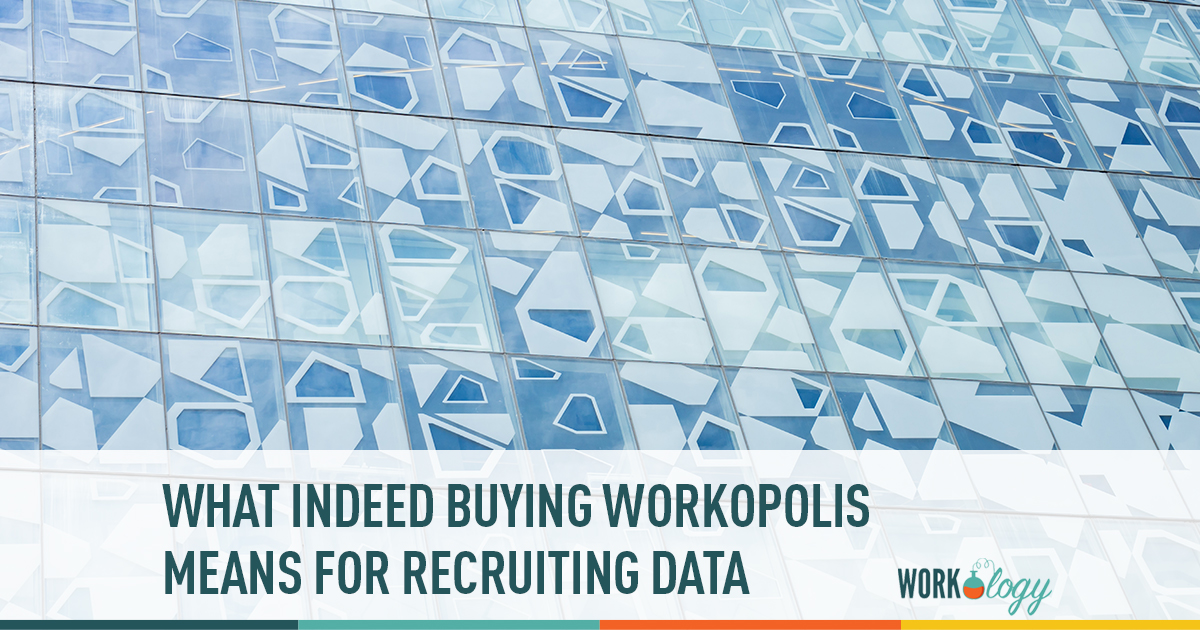 Recruiting Holdings Ltd, Indeed’s parent company, announced last week its acquisition of Workopolis.com, a leading Canadian job board founded in 2000 and was even named the Official Supplier of Online Recruitment for the 2010 Olympic Winter Games in Vancouver.

The press release, dated April 4th, was followed by a notice to Workopolis users that they should retrieve their resumes from the platform before April 11th, after which point they will lose access.

While this abrupt turn of events is not entirely surprising, given that Indeed has been eating away at Workopolis’s market share in Canada and the aging Workopolis platform may not have been keeping pace, it does raise concerns over the consolidation of recruiting platforms and the centralization of candidate data.

Every time Indeed or LinkedIn (or Google or Facebook) eats up another smaller player in the recruiting space, it seems as though the ability for others to innovate and compete is somewhat diminished.  Some of the casualties of this acquisition are the 40 or so Workopolis Niche Network job boards, co-owned by various Canadian organizations and professional associations, which serve to help diverse communities and niche industries with hiring and recruiting.

In recent weeks and months, following the public outcry surrounding the Facebook/Cambridge Analytica scandal and preparations being made for GDPR, we are all becoming more aware of how large corporations are collecting data on individuals, including those who are not direct users. People are also starting to ask questions about their own data, what happens to it, and where their rights to it begin and end.

If you apply to a job on one website, where does the information you submit travel and to how many different companies’ databases does it eventually reach? Did you agree to this? Should those companies have the right to buy, sell, and transfer it without your consent?

As more  data is collected and analyzed by the largest companies and developers raise concerns about designing software ethically, it is not hard to imagine a dystopic future where your standard Google search on health symptoms plays a part in precluding you from consideration for a job or advises your employer that you’re not a rising star thanks to AI-powered algorithms that compound pre-existing human biases.

Yet another job board being bought up by a big company may not be earth-shattering news to the recruiting industry, but it does reflect some common themes of change that are worth examining. Those of us in the recruiting and recruiting technology space should think about what truly helps with hiring and employment, and what tools (like GDPR?) can be used to benefit and protect job seekers, employers, and the overall recruiting industry.

Maddy Beaupré is the Communications Manager at Careerleaf Inc, a job board software provider. She is a marketer, designer, and writer who enjoys UX/UI, politics, and pop culture.