Immigration Is an Economic Resource, Not a Threat 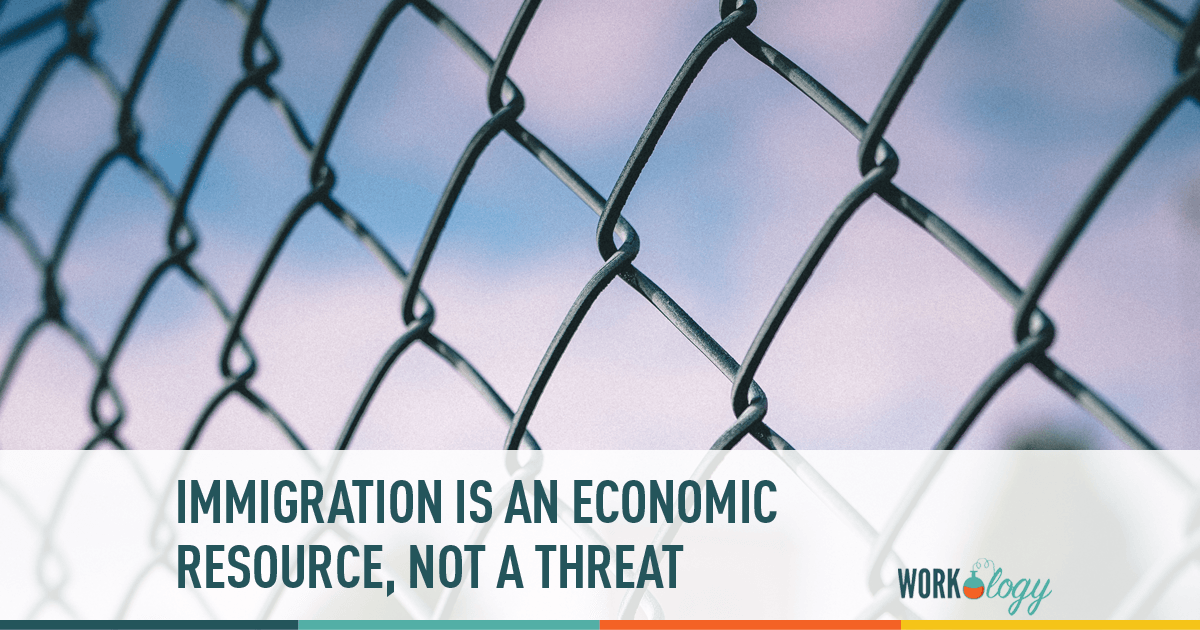 As we rapidly approach the apex of this year’s Presidential election campaign the issue of immigration and employment continues to be one of the most talked about issues. In particular is the issue of what impact lawful foreign nationals, working in the U.S., have on our economy and the American labor pool. While many attempt to argue that legal immigrant workers undercut wages and displace the job prospects for native-born workers, evidence simply does not seem to support this superficial notion. Studies on the interplay between immigrant and native-born workers in the U.S. labor market, including most recently the Bipartisan Policy Center’s report “Culprit or Scapegoat? Immigration Effect on Employment and Wages,” show immigrant workers complement the native-born majority of the American labor force by providing different skills, which ultimately enhance and expand the economy as a whole.

While research does indicate that employment among native-born Americans has been declining in recent years, one of the reasons for this has to do with the variety of options native-born individuals have at their disposal to pursue non-labor force activities, such as retirement, disability, and school enrollment. In many cases, native-born individuals aren’t being forced into unemployment by competition from immigrant workers. In support of this fact, studies have shown that the unemployment rates for native-born and foreign-born workers have stayed about the same, while at the same time total employment among the native-born population has declined.

Additionally, even though immigrant workers tend to stay in the workforce longer, it is difficult to argue, in general, that they are competing with and suppressing the wages of native-born workers. Many immigrants are working in the U.S. in lesser-skilled, lower-occupations, while native-workers tend to be in higher skilled and higher educated positions. By in large this explains the wage differences between immigrant-focused industries and native-born-focused industries, which require different levels of education and skills. While it is certainly possible that native-born workers would flock to lower-skilled and lower-paying jobs if were not for immigration, research does not seem to support this. Instead, research shows us that immigrant workers are critical to supplementing the U.S. labor force, filling jobs that would otherwise remain vacant or disappear.

A look beyond the so-called “controversy” over the impact of immigration on economy, and you’ll see that most scholars agree –  immigration is an economic resource that is enhancing the American workforce. In the absence of immigration, industries which depend on the lower-skills will continue to suffer from labor shortages and ultimately hinder our nation’s economic growth. Immigrants complement and strengthen the native-born workforce, and will continue to be vital to the future of this country.