I would never take a counteroffer, but others disagree 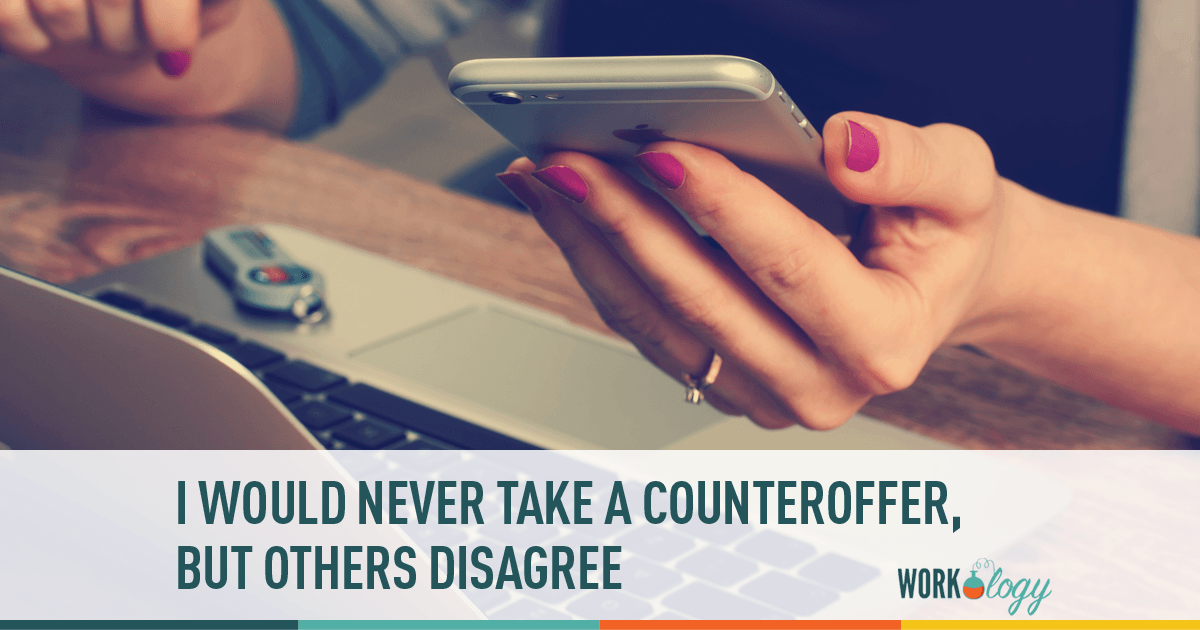 In 10 years of working, I’ve never accepted a counter-offer; as flattering as that is. (And yes, I have had counter-offers pitched to me.) Why? Conventional wisdom says it will breed resentment among peers and limit your days at the job you decided to stay with. Afterall, how do they know you are “really” a team player since you were (obviously) entertaining the idea of greener pastures elsewhere. But hey, that’s just my two cents. Check out the logic in the following article from CareerJournal.

I would never take a counteroffer, but others disagree

Question: Is it true that taking a counteroffer is bad for a career? I accepted a new job, but then took a counteroffer from my current employer. I thought it would be better to stay at a place I knew, plus I was told I could head up some new activities. Do you think I made the wrong decision?

Answer: Knowing when to accept a counteroffer to stay with your current company can be tricky. Mostly, the decision turns on whether you can be sure that the factors that made you want to leave will change, say human resources experts.

Do you believe your employer will keep its promises to give you more responsibility? Did you get your new terms in writing? “Where it gets gamey is when the company says, ‘Oh, we want to keep you and here’s what we’ll do for you,’ but you don’t have it in writing,” says Ken Stempson, director of administration and human resources for IntelePeer Inc., a communications company in Foster City, Calif.

Usually, counteroffers result in bigger salaries for employees who find out they’re worth more than they’re currently paid. If all you wanted was more money, taking your company’s offer may have been the right decision.

Often, though, other reasons exist for leaving when you’ve gone through the effort of looking for another job. If you want more things to change, you need to have a detailed discussion with your manager. The best time to do this is after your employer indicates it wants you to stay but before you take a counter.

Some employees don’t recognize that the counteroffer discussion is a time for serious negotiations, almost akin to discussing terms with a new employer. “The employee needs to probe deeply and almost over communicate why they wanted to leave and see if it will change in future,” says Peter Vergano, senior manager of human resources strategic staffing for Samsung Electronics Americas (SEA) in Ridgefield Park, N.J. Make your final decision based on which offer and company best meets your career goals, he suggests.

“The key is what made you unhappy in the beginning and whether the counteroffer is going to mean it will change,” says Mr. Vergano.

Read: Will Taking My Employer’s Counteroffer Hurt My Career?