SHOCKING STATISTIC: 80% of new jobs have gone to foreign workers 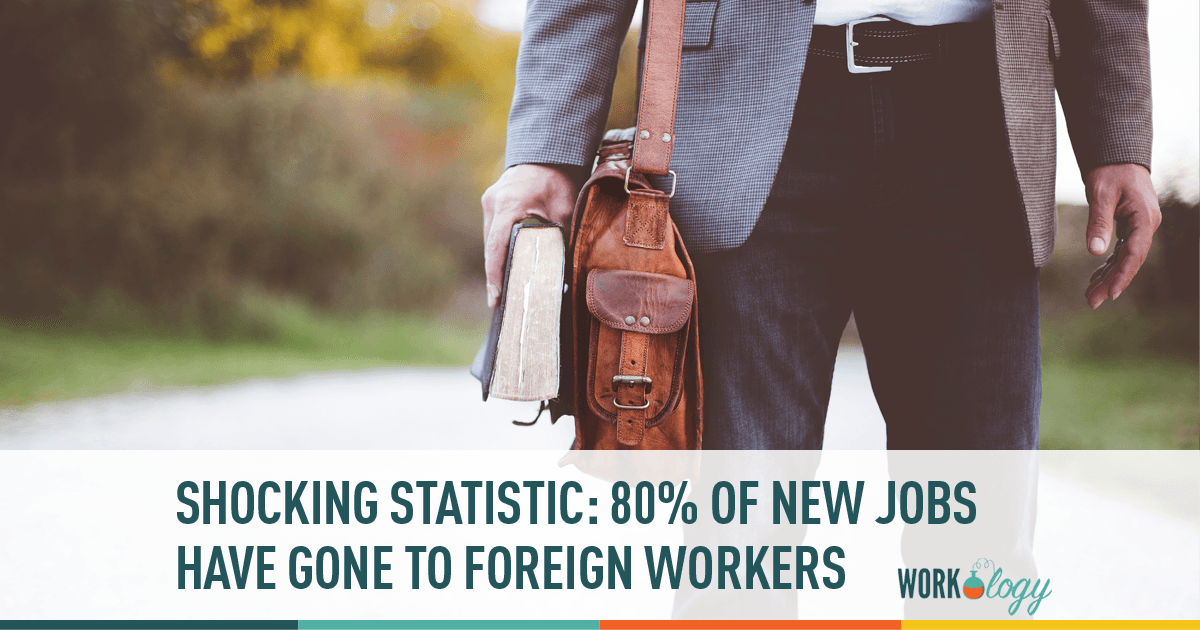 The article below cites a shocking statistic making the rounds in London. I wonder if this could happen in the United States? I also wonder if it did, would people blame foreign workers for stealing jobs or themselves for not getting the education required to work those same jobs? If US workers had the majority of certain techie skills (or at least, the perception of such), wouldn’t the United States control the market price on certain salaries (as everyone would have to come over here)?

80% of new jobs have gone to foreign workers

I would love to hear comments from my UK readers on this very topic. Anyone?

Immigrant workers have been squeezing thousands of Britons out of workplace every year. This inference can be drawn from the figures released by the British government.

According to official statistics, in the past five years, the immigrant workforce has grown by almost a million while the number of native-born workers has plummeted by half a million, the ‘Daily Mail’ reported here today.

The latest bombshell from the Treasury came after a week of chaos over immigration figures, in which ministers had to admit that the impact of mass immigration has been far more dramatic than previously acknowledged.

In fact, the Treasury has published the figures in the annual ONS Labour Force Survey which monitors trends among Britain’s workers.

In the 10 years since the Labour party came to power it shows that more than 80 per cent of the new jobs have gone to the foreign workers — a far higher proportion than Ministers had admitted last week.

Since 1997 the number of adults in work has risen by 1.7 million. The growth of the immigrant workforce accounts for 1.35 million of the new jobs whereas the number of native-born Britons in work rose by just 310,000 — fewer than one in five.

Yet the number of those with jobs who were born in Britain fell by almost the same number — down 478,000, dipping below 24 million. Over the same period the number of foreigners working in Britain soared by 964,000 to nearly 3.3 million — up 42 per cent, the figures revealed.

Source: Britons squeezed out of workplace by foreigners