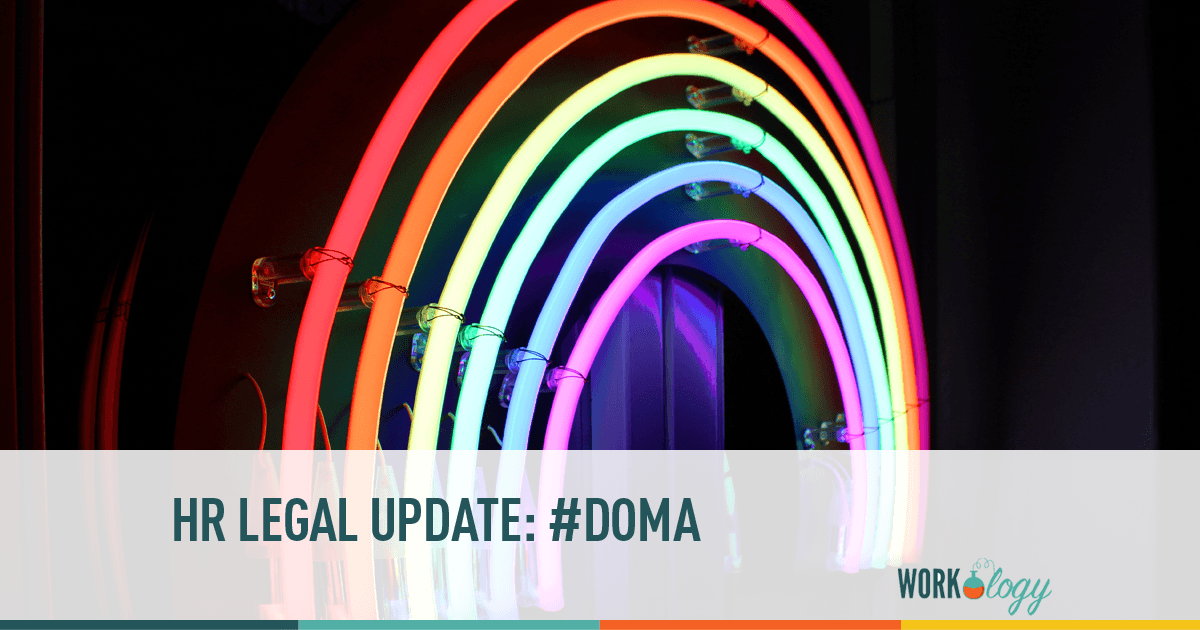 One of the most historical decisions made by #SCOTUS this past week was their ruling on #DOMA. When the Supreme Court ruled that the federal ban on same-sex marriage was unconstitutional my inner HR lady came out (after celebrations of course) and thought what impact does this have on the human resource world. When DOMA was struck down it gave over 37 million gay americans access a list of benefits that the federal government once denied.

Section 3 of the Defense of Marriage Act was ruled unconstitutional. Basically this means that same-sex couples are now granted the rights as heterosexual couples. Thousands of federal laws and official regulations now cover marriages between hetero and homosexual couples. While the ruling on section 3 of DOMA was a win for same-sex couples, it’s not the end to the fight for equality across the board. In the states that same-sex marriage has been legalized the ruling by SCOTUS will mean changes to policies across the board in your Human Resources department.

The Society of Human Resources Management has done a really good job of defining out what types of benefits/medical changes that will have to take place now that a decision has been rendered on this federal law. Here are a few of the changes that will be going into affect:

This decision was a step in the right direction, but there are a lot more battles to be won before equality is won for everyone.