Why HR Should Care About Athletes Right to Unionize 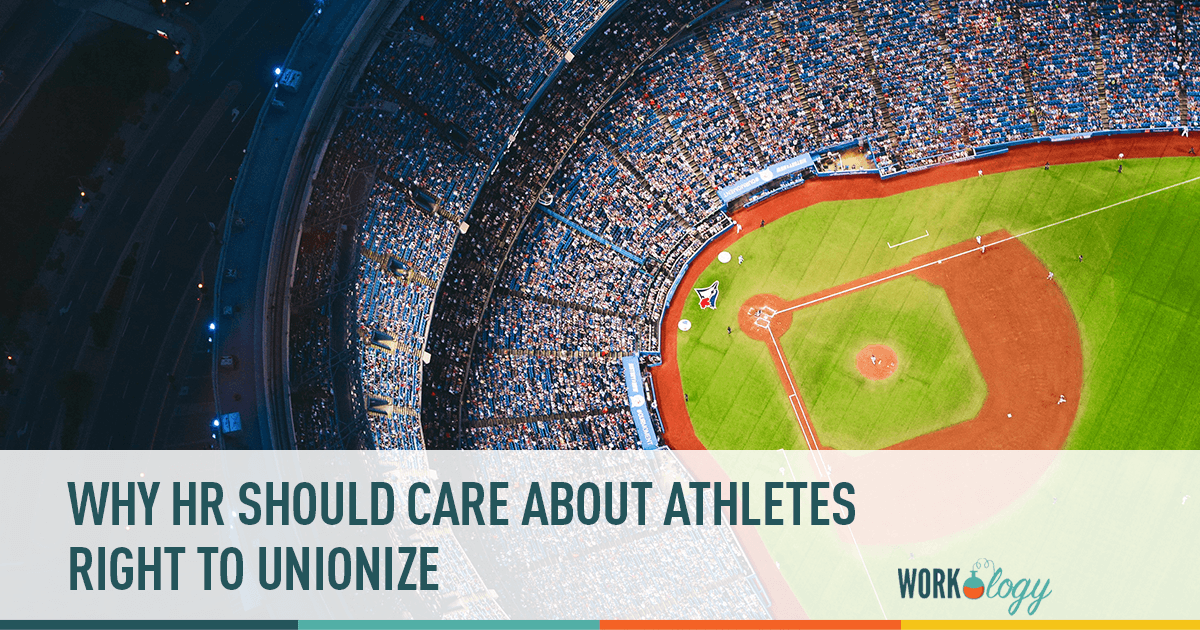 Last week, the National Labor Relations Board (NLRB), ruled in favor of Northwestern football players to be as employees rather than student-athletes, and that they can form a union. I have a breaking news alert on my phone and remember seeing this one come through shortly after the decision was announced. “This. Is. Big. News.” is what I thought to myself. I quickly fired off a couple of links to the breaking news article to some of my HR friends … and silence. “Yeah, its a big deal if you say its a big deal, but I really don’t care,” is how I took the lack of response and enthusiasm. I’m seeing lots of traffic and responses from some of the sports outlets, but not that much from an HR perspective.

Now, I’m not much of a sports fan (I do like to follow my Horns) but the implications here could go way beyond college sports… if it stands. Now Northwestern has made it very clear that they will appeal and the ruling is only for private universities, not public ones. If I were a betting gal, I’d say that this far from being “over.” It would be easy for us as HR professionals to sit on the sidelines and wait for things to settle, especially if you are not in an industry or firm that deals with unions regularly or in the education sector. This is a chance for us to really lean in, pay attention to the larger picture, and think about how some of this could play out (and impact outside of university setting).
For example, if student athletes are employees, what does that mean from a benefits perspective? I’m not talking about fringe benefits like free room and board — I mean like health and welfare benefits… time off. If student athletes are employees, what is the correlation between their performance on the field/court and their grades? Do they have to be correlated or would they be completely independent of each other? Is a scholarship now a form of payment or advance?

If student athletes are employees, what does that mean from a revenue perspective — okay let me phrase that differently, because many athletic programs ARE driving revenue to the university which drives recruitment and fuels other programs — will the way that these private universities be taxed differently by the government or treated differently from a “business” perspective? What would that mean for other university programs? What would that mean for other businesses? Oh, and don’t get me started on the tax stuff… I have a whole lotta tax questions.

Take that list of questions and substitute the word, “intern,” “work study,” “apprentice,” “student volunteer.” Does that change your thought on anything? While many of these types of programs are better defined..could this decision eventually change the way that some of those programs work? My thought… I don’t know… maybe… I mean up until a few days ago there was a defined definition of a “student athlete” — and now that may change. Correction, for those at private universities, it has changed.

Okay — so I don’t have any answers, but clearly a ton of questions (and I only came up with these after 2 minutes, I’m sure that I have way more.). I’m also not an attorney or a judge, a student athlete or an athletics director. I’m not sure of my opinion — well I know that as an HR person I want people to get treated right and to be fairly compensated — but other than that, I don’t have enough information to form one. That being said, this is an history happening before our eyes — … but I want to stay actively engaged, and I want other HR people to stay actively engaged and informed on the topic/progress. It could end up on a future HRCI exam, in a list of relevant court cases 😉 — but that’s not why we should be paying attention. This could be bigger… or when the dust settles, maybe we find that it was not. Hype or no, doesn’t engaging, researching, knowing the facts (both sides), thinking of potential implications (regardless of outcome) and even forming your own opinion make you a better HR leader… make your a better business leader?