How Important Is Domestic Partner Benefits to HR? 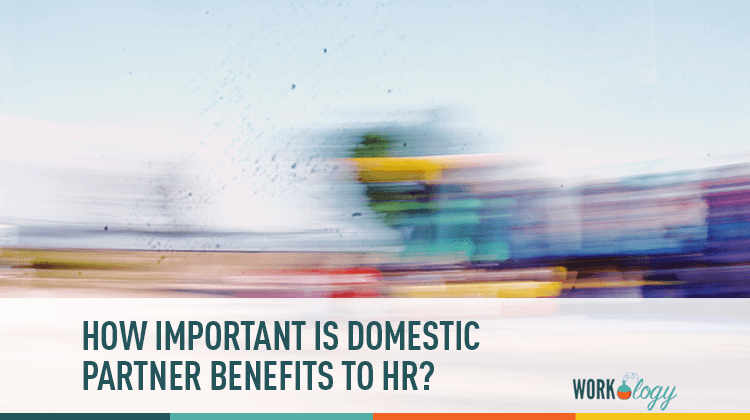 How Important Is Domestic Partner Benefits to HR?

In reflecting on the 2010 SHRM Conference in June of this year, where I attended a session called Employee Benefits; Just How Competitive Is Your Company? where the speaker Steve Williams Ph. D., SPHR threw out the number that now 33% of companies offer benefits for domestic partners and said that if you’re not providing this benefit you need to get with it, suggesting that if your organization did not offer domestic partner benefits you may be losing out on a large segment of the population, which got me thinking:  Is this what we need to be advocating for our employers, as HR Professionals?  As a member of SRHM National and a local chapter is that what we need SHRM to be advocating for its members?

So I looked a little deeper at SHRM. According to one of the knowledgeable advisors that I spoke with about this matter, SHRM does offer Domestic Partner benefits for its employees. Additionally, SHRM advocates for employers to provide this benefit and provided me with a number of documents which state this position.

In contemplating this, I recall a vivid memory from my past that helped shape me and the way I feel about those who are gay.  I consider myself to be a middle-class, old, white guy who grew up in a middle-class neighborhood in the 1960s. I was out on my own at young age; my father passed away when I was fourteen, and then four years later my mother suddenly died. The Viet Nam war was starting to wind down.  I give you all of this, so you know a little bit about me.  As a not-too-worldly young man in 1974, I was befriended by a nice, seemingly well-to-do, gentleman who worked in state government, who I will call John.  John was actually a friend’s older sibling’s friend.  John got me a decent job in state government, with his connections.  John had also promised my older sister, who was away at college and worried about her little brother, that he would do what he could to help me, and make sure I was ok.  Some years later, after John drifted away from my circle of friends, someone told me, You know John is gay.  I remember being troubled, thinking that was an unnecessary thing to say. I thought, even if it is true, why put it out there in such a disparaging way.  After pausing for a moment, I responded, No I don’t know that, but what I do know about John is he is one hell of a nice guy who has helped me on several occasions.

So back to my question:  Is this what we need to be advocating for our employers, as HR Professionals?  Well, I agree with Mr. Williams, I think the time has come, so consider me out of the closet on this issue. And, by the way, I ran into John about a year ago and exchanged pleasantries with him. Is he gay?  I still don’t know but it doesn’t really matter anyway.

Guest blogger on Blogging4Jobs is Dave Ryan has been in HR since it was called Personnel. Dave is active with SHRM in many different aspects.  Dave is also a certified U.S.A. Hockey Official and a frequent speaker at local colleges who speaks about H.R. topics and social media in the workplace. Dave enjoys reading blogs, staying current on H.R. topics, officiating ice hockey, golf, computers and all gadgets electronic. You can find Dave on LinkedInDavetheHRCzar. and on twitter, @davethehrczar.