Dress Codes and Grooming Codes in the Workplace 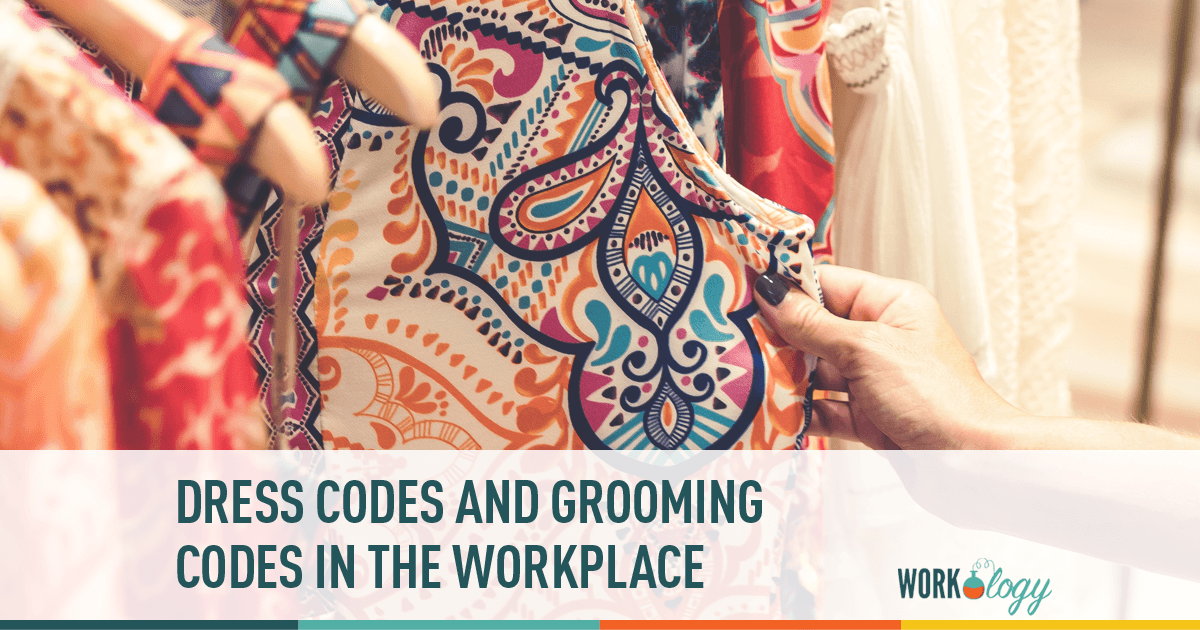 According to the guidelines from the EEOC, “An employer may require all workers to follow a uniform dress code even if the dress code conflicts with some workers’ ethnic beliefs or practices.” Sounds pretty straight forward doesn’t it? We require everyone to wear a uniform case closed. Except…. If our dress code is casual then, according to the guidelines “A dress code must not treat some employees less favorably because of their national origin. For example, a dress code that prohibits certain kinds of ethnic dress, such as traditional African or Indian attire, but otherwise permits casual dress would treat some employees less favorably because of their national origin.” So in this case you would have a national origin discrimination problem. But that is not all.

Prohibition of various hairstyles has also caused employers discrimination problems. There have been a number of cases where Sikh beards and uncut hair have been allowed because of the religious significance. There have been several cases allowing Rastafarian dreadlocks on the basis of religion as well.

Beyond religion however, banning some hairstyles can also cause you race discrimination problems. According to attorney Lee Tankle,with McNees Wallace & Nurick LLC’s, the EEOC has sued an Alabama insurance company on the basis of an employee’s dreadlocks hair style. Tankle reports that an EEOC attorney said “litigation is not about policies that require employees to maintain their hair in a professional, neat, clean or conservative manner” but “focuses on the racial bias that may occur when specific hair constructs and styles are singled out for different treatment because they do not conform to normative standards for other races.” Tankle went on to say that some courts have suggested that employer policies banning “afro” hairstyles could be a race-based distinction in violation of Title VII.

Would the company fire a blond hair, blue eyed employee who just came back from vacation in Jamaica where she had her hair braided into something that looked like dreadlocks?

Grooming Codes in the Workplace

What are your experiences with grooming codes and their application in the workplace?