Downsizing During the Holidays 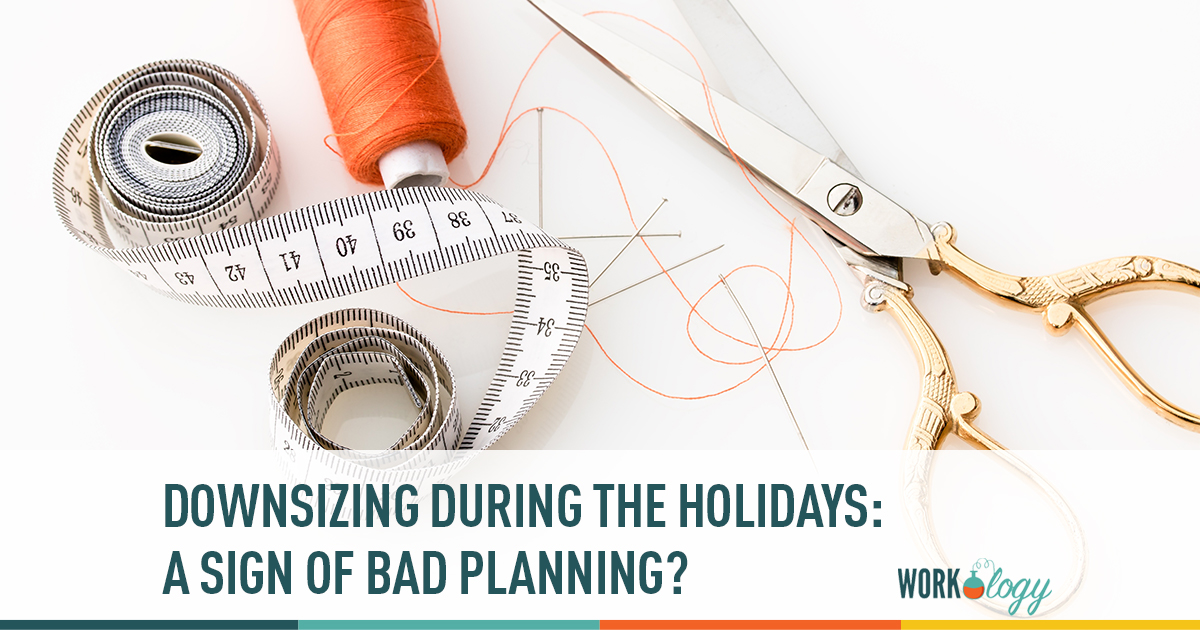 These past two weeks my Twitter feed has been full of announcements from colleagues about being let go or having just missed being on the chopping block, while dozens of others found themselves out of a job. Yes, it’s holiday layoffs season again!

Every year thousands of Americans are downsized, laid off, or just plain fired with cause in December, as companies get their houses in order for fiscal year end. Ironically, all of this turnover makes December one of the best times of year to look for a new job – even as companies are letting under-performers go, they’re also looking for new talent to fill crucial roles. That, along with wrapping up all our projects and getting our paperwork in order for the coming tax and visa season, makes the holiday season a busy one for Human Resources and recruiters alike. It also makes it a source of dread for many employees.

The Impact of Holiday Firings

Losing your job is always stressful. In fact, it’s one of the most stressful things we might face, both for the blow to our egos and because of how it disrupts so much in our lives. We lose income of course, but we also lose routine, friendships, and sometimes even our sense of selves. Being fired during the holiday season, when we’re already stressed about family drama, year end, or just feeling lonely, is even worse. People facing unemployment during December tend not to look on the bright side, assuming they’ll pick up some other newly available gig. Instead, they’ll worry about being able to pay their bills.

And the stress of holiday layoffs isn’t limited to those are actually laid off. When a workforce has been decimated the people left behind often experience a form of survivor’s guilt: relief mixed with pity and self-recrimination. “That could have been me! Maybe it should have been.” All of that is worse when layoffs come during the holidays. Severings should always be handled with care, especially mass layoffs, since we know they can decrease productivity, morale, and, well, just make everyone feel bad. Severings in the holidays, though, are hard to spin in a positive light. Unless those layoffs are an absolutely must, they seem cruel and cold, and this can have a lasting impact on your company culture and employer brand.

So why do so many companies fire people during the holidays?

There is one good reason to fire people during the holidays, and that’s necessity. Either you simply can’t make payroll or it’s the only time you can fire these people and be sure their severance packages are safe, but sometimes holiday layoffs are the right thing to do both for your organization and for those you’re letting go. But far more often, holiday layoffs are caused by the scramble to get ready for year end, or a complete disregard for how they will impact your organization.

Of course you want to make sure that you’re ready for the new year and that you’ve got all your paperwork squared away well before tax, visa, and audit season. No one wants to enter the new year with a workforce you can’t afford to pay, or problem personnel you’ve been meaning to fire. But in more cases than not, holiday layoffs can be avoided with careful planning and attention to your workforce.

In the case of a longtime under-performer, waiting for year end to deal with them is unjustifiable. Every day you waited to discipline, coach and, if necessary, let those employees go, the negative impact they had on the business and their team got worse. Don’t procrastinate thinking it will be easier to justify a severing as part of holiday cuts.

If you’re justifying mass December layoffs as being a simple matter of business needs, then you may not have considered the massive, lasting emotional impact that your actions may have on your workforce and on your ability to recruit top talent in the future. Your workforce is made up of people, not interchangeable robots.

Outside of sheer necessity, holiday layoffs are bad strategy and they represent, to my mind, poor workforce planning. If you’re planning big layoffs this month, ask yourself if it’s really worth it.