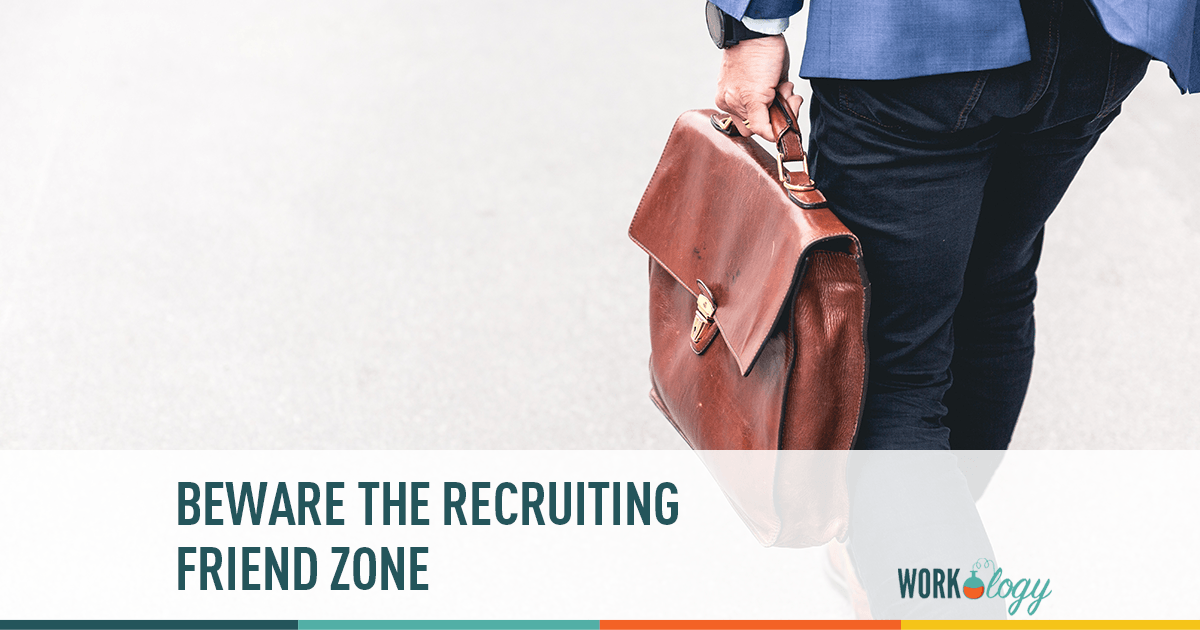 There are plenty of lessons to be learned from Jerry Maguire – sales, relationships, the meaning of quan – but my favorite has always been the firing scene.

Indeed my recruiting brethren, and we would do well to remember that. I can’t be the only one that struggles with it – that super cool candidate you can’t help but like? The one that went to the same college as you, or maybe has kids the same age. Perhaps you both have some weird quirk like a strange addiction to York peppermint patties. Whatever it is, there’s a bond.

It’s all part of the process, I suppose. We’re told recruiting is all about relationships. So we build. We ask questions, get to know our candidates. We find common ground and proceed to run all over it. And sometimes, it bites us in the ass. We find ourselves in the uncomfortable position of needing to reject our friends.

I’m struggling with this RIGHT NOW. I recently connected with a candidate who’s interviewing for a very important role. This has a looooong recruiting cycle, with lots of people involved in the process. She’s made the short list and I’m pretty excited about her prospects. We’ve been talking for weeks now and have so much in common. I really LIKE her – she’s one of those women I could see myself in an actual bona fide friendship.

But what if she doesn’t get the job?

I’ll have to be the one to tell her, and it’s giving me heartburn. She wants the job, I want her to get the job. – but we do have a short list, meaning more than just one person to talk to. Someone else who is equally qualified might be selected.

I don’t know how it’s all going to end. She might get the job and we never speak again. Or, she could NOT get it, and we might still end up best of friends. Whatever the outcome, fate will have it’s way. I don’t make the hiring decision – and when you find yourself in the friend zone, that’s a good thing.

Staffing Consultant at Microsoft by day, wine sipping kid-wrangler by night, Amy Ala has been in recruiting since the late 90s. She's convinced the #1 trait in successful recruiters is a sense of humor. Amy hopes to someday have time for real hobbies, ideally something that involves copious amounts of wine. Until then, she settles for feeding her reality show addiction while sipping Merlot. Connect with Amy.