Are Rehires a Risk or a Sure Thing? 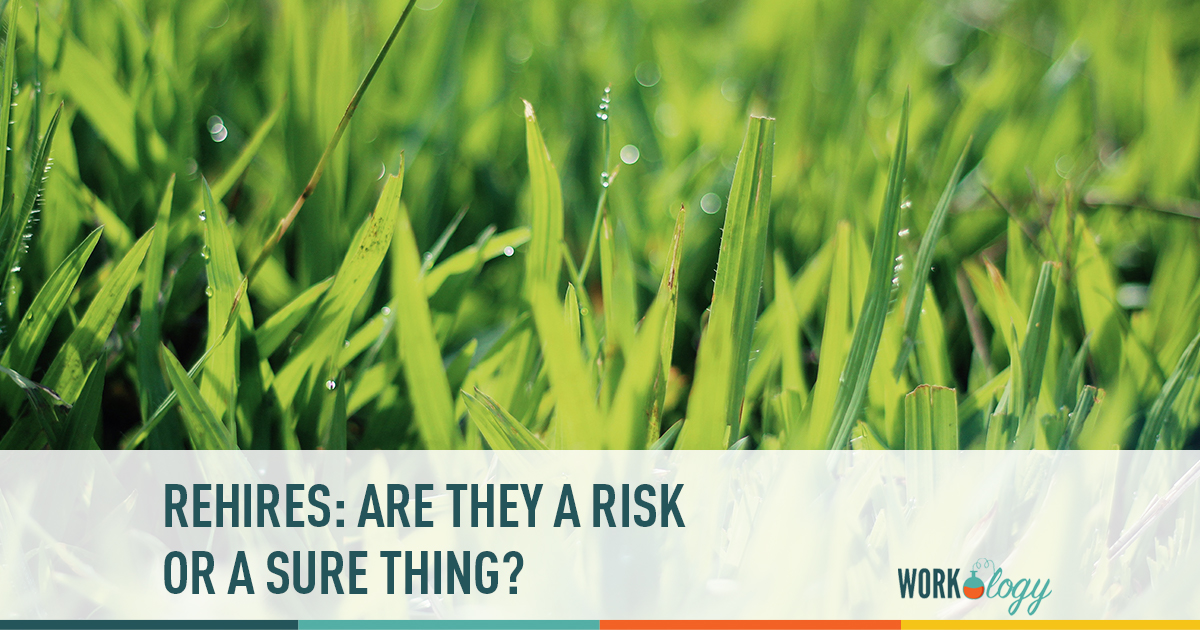 Steve Jobs left Apple, a company he co-founded, and then returned to take the organisation to new heights. Several years ago, the US Internal Revenue Service (IRS) rehired more than 300 of its previously fired workers. A number of professional coaches, including Art Shell of the Oakland Raiders and Bobby Cox of the Atlanta Braves, were fired and then rehired. In fact, the New York Yankees hired and then fired one coach, Billy Martin, five times.

This begs the question: should you ever rehire a former employee?

A 2015 Kronos Workforce Institute study reveals that both companies and workers have been increasingly amenable to this phenomenon, sometimes referred to as “boomeranging.” According to the study, 76% of companies are more likely to accept former employees, and 40% of workers would consider returning to a previous employer.

But is this a good idea? As with most major decisions, there are a plethora of factors to consider.

If at First They Don’t Succeed

“It raises a red flag that an employee was fired or quit, but [it] is not an automatic disqualification—it simply requires a more careful look,” explains Cheryl Hyatt, a partner at Hyatt-Fennell Executive Search.

Hyatt says the circumstances under which the employee was fired should be taken into consideration:

“However, if there has not been progress in skills or a change in circumstances, it is unlikely that things will be different,” Hyatt warns. “If the worker was unsatisfactory, you should be under no delusions that they will magically improve.”

When the Grass Isn’t Greener

Of course, not everyone who leaves an organisation is fired. Sometimes, employees decide to pursue other options. Should these prodigal sons and daughters be welcomed back into the fold?

“The question is more nuanced than if they were fired,” Hyatt says. “Did they quit because they were frustrated with the company?”

She doesn’t think workers who left under those situations are good rehire choices, and also warns against rehiring people with a series of short stints at other companies, since these individuals could be chronically unsatisfied. Desperation is another red flag.

If the individual left for a family-related issue, however, Hyatt says that’s a different situation.

“For example, rehiring an employee who left to care for an aging parent can not only foster long-term loyalty with the rehired employee, but also raise morale among the rest of your staff, as they see the company values its employees.”

Janet Lamwatthananon, career advisor at ZipRecruiter, also believes that there are times when rehiring a former employee could be beneficial.

“If the employee left on good terms—perhaps they went back to school or wanted to try out a different career track—they’ll likely come back not only with a renewed passion for their work and for the company, but with more perspective and a broader skill-set that you can only achieve by exploring, growing and testing your limits elsewhere,” she explains.

Also, humans are notorious for erroneously thinking that the grass is greener on the other side.

“Perhaps they tried their hand at another similar company or firm, only to realise they didn’t know how much they loved their time working for your company until they had to come face-to-face with toxic coworkers, bad management or a culture mismatch elsewhere,” says Lamwatthananon.

These individuals could be good rehires because they are likely to return with a greater appreciation of your organisation.

Companies spend a lot of time and money on new-hire training, without any guarantee that the new employees will be able to perform at the desired level. And that’s where rehires can be advantageous.

“Former employees have a much smaller learning curve to overcome when they’re rehired, and thus require a shorter onboarding process than new employees … saving your company that much more time and money.” Lamwatthananon says.

An Ounce of Prevention

The best way to stop the employee revolving door and prevent boomeranging is to provide the type of work environment that attracts and retains good workers.

According to a recent survey by the Society for Human Resource Management, the five factors that contribute to job satisfaction are:

Checking as many of these boxes as possible can help companies develop a stable and committed workforce that’s less likely to search for greener pastures.

This piece was originally published on The Economist’s Career blog here. Its author, Terri Williams is a freelance writer who covers leadership topics for The Economist Careers Network.