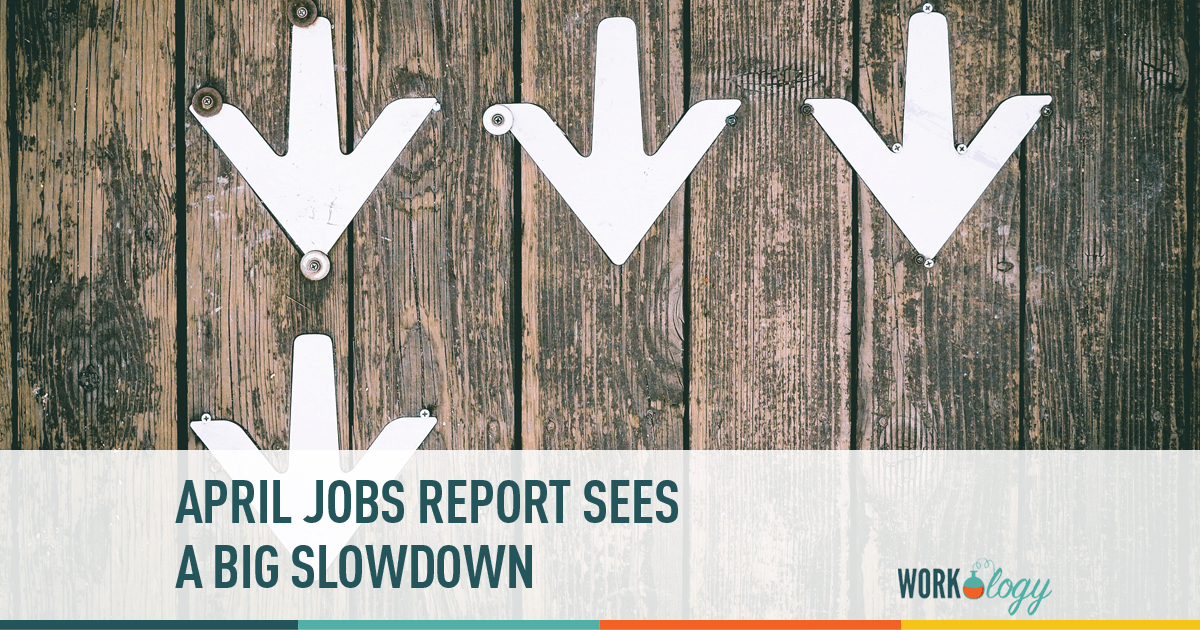 April’s BLS jobs report shows a big slowdown in hiring with only 160,000 new non-farm payroll jobs. It may sound funny to say “only” 160,000 jobs but it’s a huge decline from last month’s 215,000 increase. For several months the average increase in non-farm payroll jobs has hovered around 200,000, so this represents a drop of 40,000. While the overall unemployment rate stayed steady at 5%, the labour participation fell 63% in March to 62.8%. So that 40,000 difference represents both job losses, especially in mining and energy, and a hiring slowdown in other sectors.

The pace of job growth has been slower in 2016 than in 2015 — it’s down from an average of 215,000 — but most other trends have remained the same: a struggling energy sector, increases in service, tech and medicine and generally slow wage growth. Oil and gas lost 8,000 jobs and retail 3,000, while manufacturing added 4,000, healthcare 38,200 and non-retail service work added 65,000 jobs. The major change here is the slowdown in retail hiring, but this may be a seasonal adjustment. As with last month, wages showed modest growth at 0.3%.

Earlier this week I wrote about 5 things I’d be watching for in this week’s jobs report. While I’m not surprised about the slow wage growth or the sector by sector breakdown of job gains and losses, I am surprised at the overall hiring slowdown. But as big as a 40,000 difference is, I don’t think it’s time to panic yet. To put this into perspective, rather than the net increase the US saw, Canada saw a small loss of 2,100 jobs. Despite the service sector 35,000 jobs, there were steep losses in Alberta, 20,800 jobs lost in the centre of its energy sector, and 16,500 losses in manufacturing countrywide.

What I’ll be watching over the weekend is how the hiring slowdown combined with this week’s earnings reports affects both the markets and the overall conversation about work in America. See you on Monday!