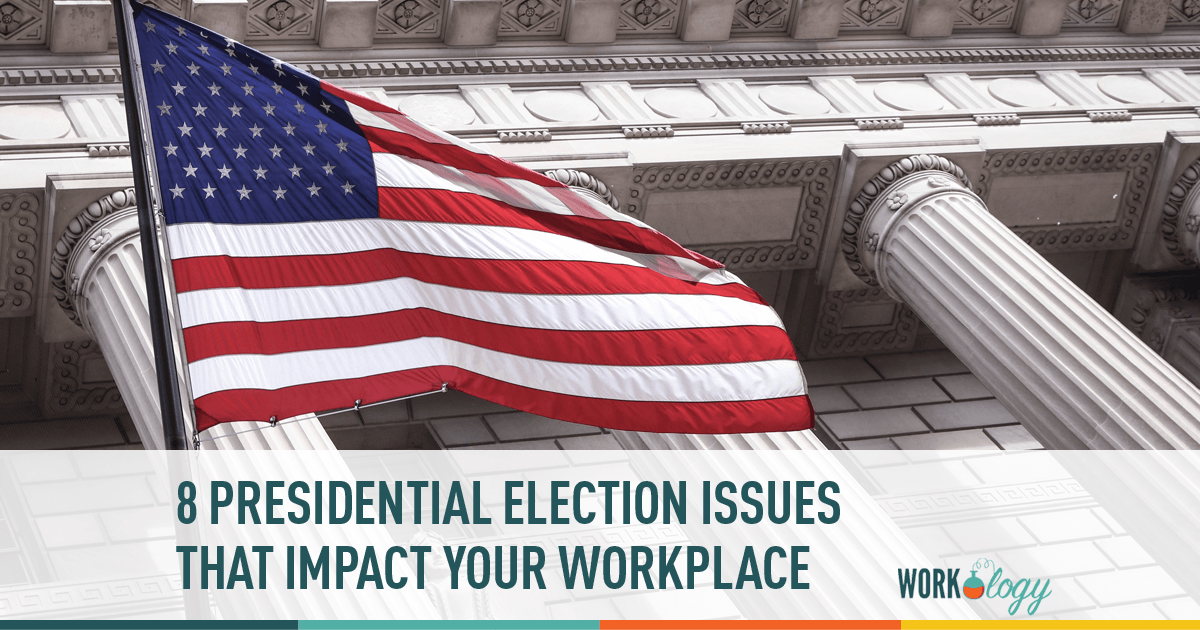 I’m certain that over the last few weeks you probably have heard, either from the media, workplace watercooler discussion or social media, that on November 8th, 2016, we are voting for our next President of the United States. Hopefully, you are registered to vote. A reported 47% of your employees are discussing the election at the office and given the shenanigans of our Presidential candidates and the media circus surrounding them, I expect that number to be much higher. And it’s because of this media circus that I wanted to take a step back and take a look at workplace election issues that our next President and the republican or democratic parties will be asked to address.

Where Do the Presidential Candidates Stand on Workplace Election Issues?

Election topics that impact the workplace while important to discuss are not something that was addressed during the Presidential or Vice-President debates which it why I thought it was important to address the promises as it relates to human resources and the workplace the candidates have promised to change or uphold.

These promises by the Presidential candidates as reported by SHRM might seem small, but when you consider the importance of the workplace not just for HR professionals and business leaders, workplace issues in this election are extremely important. It is important to factor in when you are making the decision the candidate and party that gets your vote. These are topics that not only business leaders and HR professionals need to be aware of, but also your workforce as these promises directly impact them and their pocketbook. They might not see the path and interest directly. This simple fact might be an opportunity for your to educate and express why these issues matter in your offices and workplace.