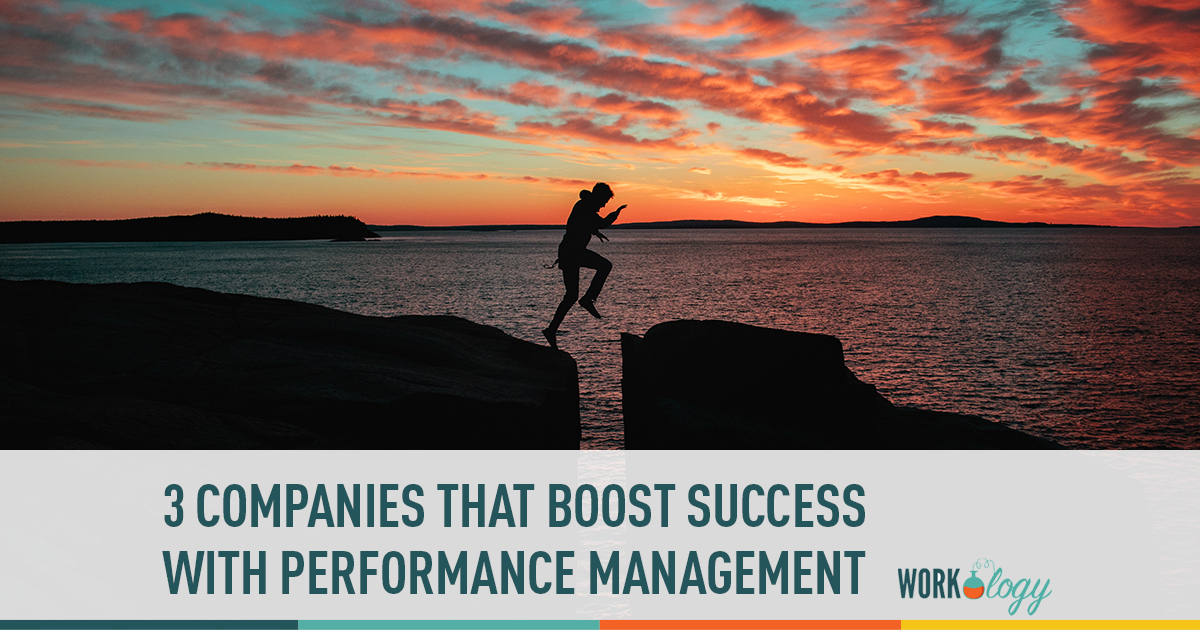 Much has been written on the failures of old-school performance management, the dreaded annual review; and how it alienates managers and their reports alike. Enough about the negatives though, grab a coffee, sit back and enjoy discovering the positive changes performance management has prompted in companies the world over.

In the (almost) 20 years since it was founded, the tech giant has become synonymous with innovation, and has become known for its unique work culture and human resource and development policies. It has been named the No.1 “Best Company to Work for” by both Fortune magazine and the Great Place to Work Institute a total of 7 times. Google once again received this accolade for 2017. This is no accident; Google is deliberate in its actions and does not do things by chance. The same can be said of its performance management. Essentially, Google uses people analytics to navigate their people management practices. Nothing is done solely on gut feeling, or in accordance with outdated HR policies of the 80’s and 90’s which still plague many companies to this day. Instead, data informs all of their decisions. By adopting this scientific approach to its processes; from improving employee retention, workplace collaboration, diversity, to hiring algorithms which indicate which prospective candidate has the highest probability to succeed at Google. “All people decisions at Google are based on data and analytics”. The goal is to … “bring the same level of rigor to people-decisions that we do to engineering decisions”. Nothing is left to chance.

Much of the success of Google’s performance management strategies are rooted in its focus on, and investment in its managers. Google launched ‘Project Oxygen’ in order to assess how its managers were doing, and to suggest future training and coaching when inadequacies were uncovered by the performance management process. Google came to the realisation that if managers are effective they do not need to build a lot of training infrastructure. Project Oxygen, uncovered 8 traits that Google managers, ranked in order of importance must possess:

Importantly, Google’s system of accountability also means that the ‘buck stops with the manager’; so if an initiative falls on its head, instead of an individual employee being blamed, it is recognised as a failure of management. In addition to its focus on managers, Google uses a system of OKRs or ‘Objectives and Key Results’ to make goals and track progress. OKRs are used at every stage in the company. Even the CEO Larry Page, makes overall OKRs for Google as a company. OKRs should be objectives that are ambitious, but also measureable. Once the OKRs for an employee are picked; they must next select ‘key results’ that can be used like milestones along the path towards the objective. This is a simple but effective way to track performance and measure the success of Google employees.

This is somewhat of a difficult piece to write from a Google perspective. There were not necessarily any glaring problems in relation to Google’s previous performance management practices, however Google’s continued success is certainly indicative of the effectiveness of their current performance management system. Google is very aware that having happier employees benefits them greatly too. When compared to other leading multi-nationals; Google’s employees outrank employees from every other company in terms of $value of their productivity and profit generation. The average Google employee generates more than $1.2 million in revenue each year. Yahoo currently produces just $449,000 per employee, and Microsoft $783,000. “This level of productivity has pushed Google stock into the stratosphere, with share prices recently topping $1000—no small feat, given that Google only went public in August 2004 at a price of $85”.

Adobe introduced “Check-in” its performance management system in order to enable seamless performance reviews and to transform the employee experience within the company But how did Adobe input these changes?

A special taskforce lead by Adobe’s then Senior Vice President of People Resources, Donna Morris was founded. This taskforce partnered closely with Adobe’s executive team. They were keenly aware that the ‘check-in’ model needed to be role-modeled from the top; so employees would learn by example.

Similarly to Google’s Project Oxygen (more about that below) Adobe made the training of managers a major priority within the company.

Communication became key. Adobe employees from all levels of the company were included in the decision-making process before the implementation of ‘check-in’.

A centralized Employee Resource Center was created in order to help Adobe to scale the program.

Following Adobe’s successful reintroduction of performance management they very quickly produced the statistics to prove that regular check-ins and a culture of more continuous feedback was very effective. The company was able to cut voluntary turnover of employees by over 30%. Additionally, ‘involuntary departures’ have risen since the introduction of Adobe’s continuous feedback solution. While from the outside this might look like a warning signal, instead this viewed by the team at Adobe as a success; because it prompted regular, difficult discussions between managers and reports and meant that employees who were not meeting performance management targets were let go rather than waiting for the next cycle of performance management reviews (which previously could have been a year). In this sense, they have boosted their efficiency and productivity as they have culled the ineffective employees from the company and retained only the better performing employees.

Following extensive research by advisory service CEB which concluded that 80% of organisations were considering a major change to their performance management systems, and that 95% of managers were dissatisfied with their performance management systems, Cargill, the mammoth agricultural producer and distributor, knew it was time to make a change. Cargill implemented “Everyday Performance Management” to instigate this change.  “Everyday Performance Management” was based on the following four principles:

Recording the experiences and best practices of effective managers.

Making teams responsible for the daily operation of performance management.

‘Everyday Performance Management’ had overwhelmingly positive results with 69% of employees saying that they received feedback that was useful for their professional development. In addition, 70% felt valued as a result of the continuous performance discussions with their manager.

Not only did the new system of performance management have a positive effect on employees from a psychological perspective, but its benefits were also felt in terms of efficiency. ‘Everyday Performance Management’ was deemed to be much simpler and more straightforward; it freed employees to “spend time on things that mattered” most.

Instead of spending hours on the tedious paperwork associated with annual reviews, employees could focus on goal accomplishment, future plans and having fruitful conversations with colleagues.