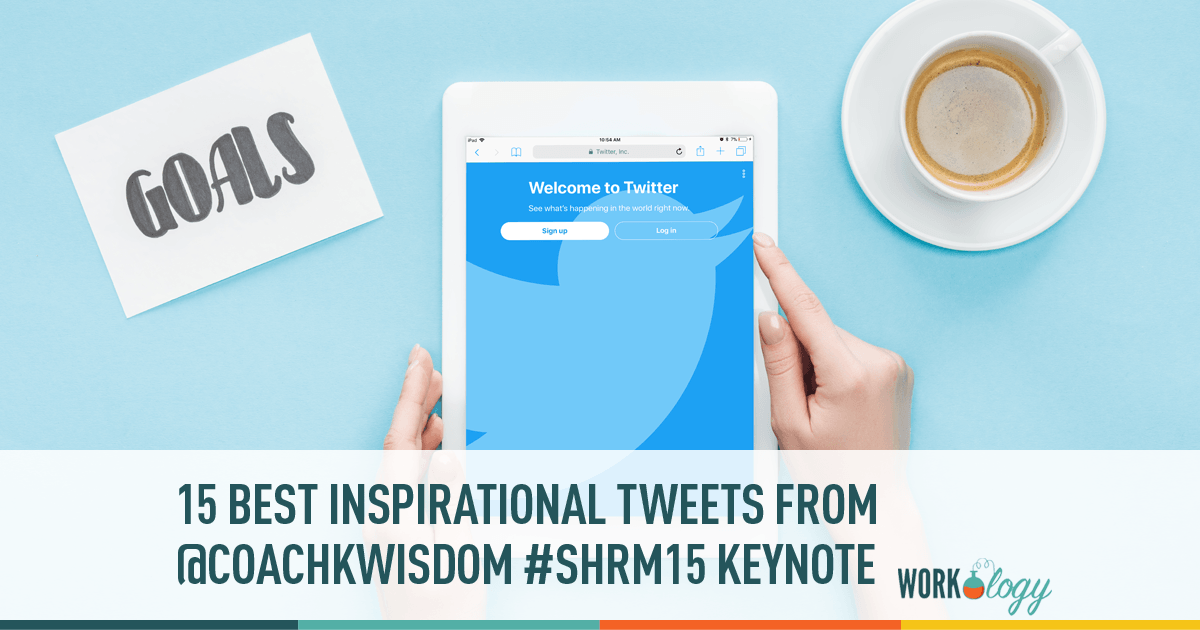 The SHRM 2015 Conference officially kicked off a few moments ago with Coach Mike Krzyzewski discussing leading others, inspiration and developing talent to create a winning team. In his keynote, he talks more about relationships, setting rules or what he calls “setting standards.” He talks about how ownership creates community, ownership and ultimately engagement.

Coach K talks about how his teams create their own standards allowing players to establish together instead of edicts coming from coaches and leaders. The team members are able to self-manage and own their own success moving forward instead of relying on the manager or in basketball the coach to manage the team. I put together a list of the 15 most inspirational tweets from Coach K’s opening SHRM15 session.

Standards, not rules; rules you obey, but standards you can own. Implications for #HR practices. Coach K #SHRM15

Five generations in the workplace has digressed to Whatever! #SHRM15

Ask your team “How are we going to live.” The answers create shared standards. Coach K #SHRM15

Treat everyone at your org like they are important. Do this & you’ll hit the jackpot in HR #CoachK #shrm15

@CoachKWisdom Own what you do…it’s all about feeling. You see and hear a lot…open up your hearts and feel…#OwnIt #SHRM15