You’re (Not) Doing it Wrong! 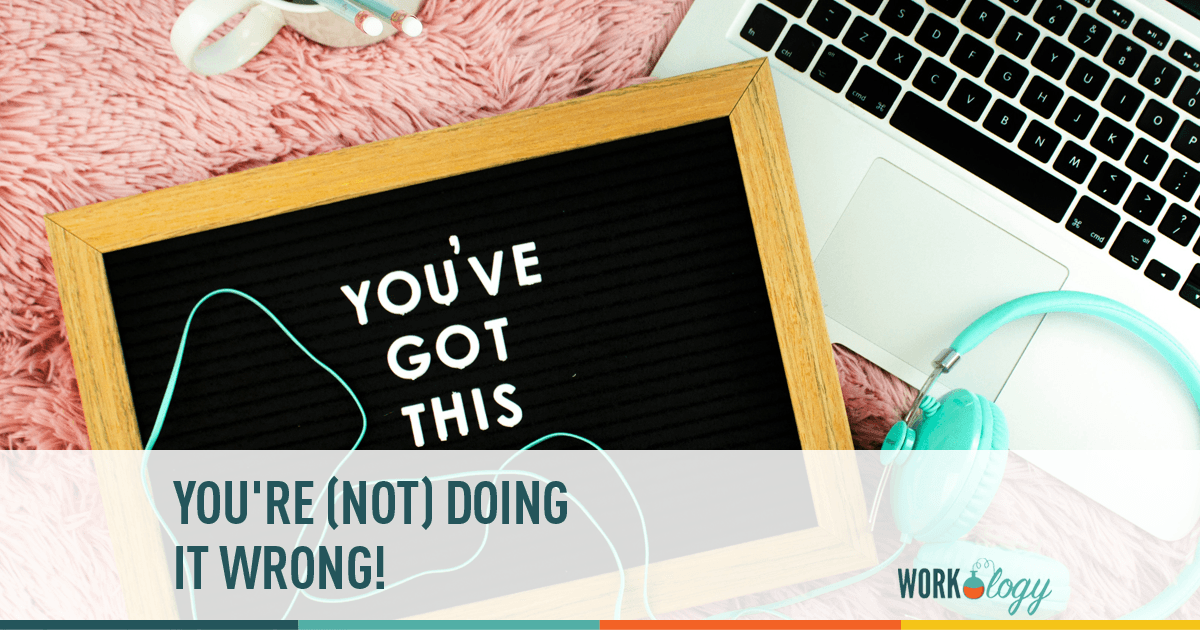 “Fear stifles our thinking and actions. It creates indecisiveness that results in stagnation. I have known talented people who procrastinate indefinitely rather than risk failure. Lost opportunities cause erosion of confidence, and the downward spiral begins.”

I googled the phrase “you’re doing it wrong” and was surprised to find a thorough historical account of its use on the website, knowyourmeme.com. The entry described “…a catchphrase commonly associated with FAIL images and videos.”

The site lists January of 2004 as the earliest known reference, so most of us heavy Internet users have been directly exposed to this meme with little notice for over a decade.

Disturbingly, close to the end of the page it says, “The catchphrase still remains in widespread usage and has been since adopted by the mainstream news media as a popular motif in headlines.”

That’s the part that bother’s me.

I couldn’t care less about silly Internet memes. I get a kick out of most of them. But, headlines used by corporate-owned, traditional media to catch your attention and reinforce the false fear that you’re doing something wrong, is the worst kind of exploitive propaganda.

Left unattended, the constant fear of doing something wrong can be corrosive and eventually debilitating. And, your lack of confidence emanates as your personal fears and self-criticism are projected on to others.

But, ask anyone who knows me and they’ll tell you I write nothing like I speak. That’s because I have a hard time following my own belief and rule out of fear of “doing it wrong.”

I’m not a strong grammatician, first of all. So, I worry that people who consider grammar important will stop reading before they even get started. And I don’t dare use the normal colloquialisms I use when I talk, because I’m concerned most readers won’t understand them or will find them irritating.

Of course, I assume younger people are more interested in career advancement than advice about being empathetic toward their coworkers. So, I worry that what interests me is relevant to a dwindling audience.

The truth is I must ignore the naysayers living in my head and continue to practice writing more like I speak, while staying true to my passion.

I must rewire my brain and internalize a fundamental truth; I am not doing it wrong. I’m merely practicing. And, nothing gets better without lots of practice.

Mistakes have consequences and so does criticism

As I rectify the imbalance in my fears about writing, I must be careful not to take it too far the other direction. The quality of the written word certainly matters and it’s not productive to write and post whatever gibberish comes to mind.

Attention to detail is critical to success in business. Client prospects ignore sales people who send poorly written emails. Job candidates lose out on interviews because they leave typos in their resumes. It’s important to pay attention and do your very best when communicating with others.

But, discernment can become unbalanced. Some of the most talented and hard working people I’ve known simply don’t write well. And, I know that in the past when I’ve been hypercritical of traits like those, I’ve lost out on some exceptional talent.

If you don’t maintain a balance, you can find yourself focusing too much on your perception of “what’s wrong” and eventually find yourself alone with the ghosts of unrealized value and opportunity.

The difference between discernment and prejudice

Of course, quality matters. And, rules matter. To build and sustain a successful business or career, you must build and maintain all sorts of guidelines.

But, it’s important to define those guidelines with clarity and flexibility so that when real life bumps up against them, you can judge their relevance with efficacy and confidence.

That confidence will enable you to bend or permanently modify your guidelines to provide yourself and other people with an empathetic and accurate assessment. And, it will also prevent you from missing opportunities due to unwarranted and inefficient prejudice.

The bottom line is; lighten up. First, lighten up on yourself, so you’ll be able to lighten up on others. You’re not doing it wrong. You’re practicing your craft and profession. The important thing is to keep doing whatever it is you’re doing with excitement, passion and authenticity.

The quality will come.