Why It’s So Important that Employees Share Your Values 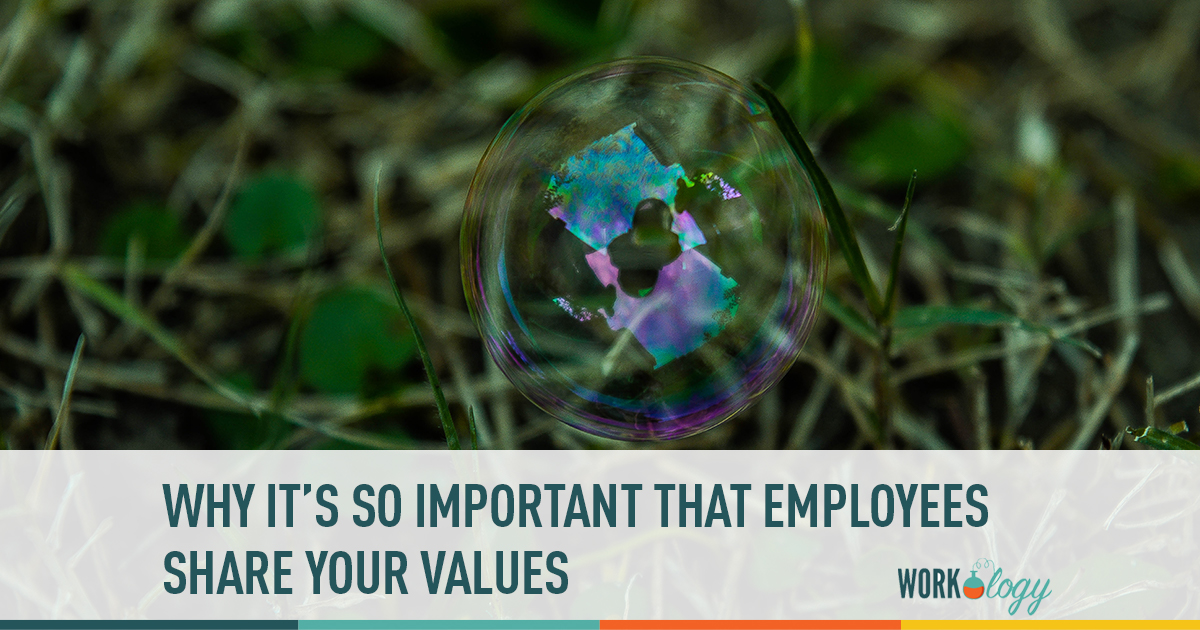 Job ads that emphasize values can sound a bit corny. I’ve definitely found myself sneering at ads that gush about the company culture and how important cultural fit and values are. Like, I’m not dating you, I’m applying to work for you, right? But although some organizations emphasize culture over skill to the point of self-parody, culture and values really do matter. A lot. The last thing you want is a batch of new hires who make everyone else uncomfortable. Or the opposite- you don’t want your existing workforce to exclude or bully your bright new hires.

Why It’s So Important that Employees Share Your Values

The importance of values and cultural fit goes beyond the workplace itself, though. It’s not fair to expect employees to gear their entire lives toward the benefit of the company, but it is fair to expect that your employees aren’t sexually harassing women at networking events, living a secret double life as a racist internet troll, or being generally terrible on Facebook. When employees behave terribly in a public setting – and especially when that behaviour involves discrimination against marginalized people – that reflects back on the organization, whether you (or they) want it to or not. While you can’t necessarily fire people for being jerks, you can definitely fire them for being monsters on social media or in a semi-professional capacity. You can also, as an organization, make clear from the start what you mean by values and why they’re so important.

What got me thinking about this was an incident earlier this month involving the Canadian Forces. They had to issue a public apology for five service members who’d disrupted a Mi’kmaq ceremony in Halifax, Nova Scotia.

The ceremony was meant to raise awareness of the city’s first governor, Cornwallis, who is celebrated today as a founding father, but in 1749, put out a bounty on Mi’kmaq people. The work he did to found Halifax was based on murder, and Mi’kmaq protestors wanted to change the conversation around him and other historical figures. That ceremony was disrupted by five service members who were also part of the Proud Boys, an “alt light” white supremacy group founded in Canada last year but with large chapters all over the US, showed up to protest the protest.

Those five service members will be facing “severe consequences” for their actions, possibly even dismissal.

Of course the incident sparked debate all over the country and even in the U.S. Is it ok for employers to censure or fire employees for sharing “controversial” views in public? Should members of the military be allowed a little more leeway in how they present themselves?

In a statement right after the incident, General Jonathan Vance, chief of defence staff, said that “we are the nation’s protectors, and any member of the Canadian Armed Forces who is not prepared to be the defender we need them to be will face severe consequences, including release from the forces.” All members of the Canadian Armed Forces are expected to protect all Canadians, regardless of their personal politics, and to honour the uniform even when they aren’t wearing – that has always been part of the job, and it’s a policy that I think serves the forces well. Unlike my job (or probably yours), being a member of the Armed Forces is a pure public service occupation and you really do represent the uniform at all times.

But that’s not so different from the private sector, is it? Of course I’m not out there everyday repping Workology but public outbursts of nastiness do reflect on my employer and her judgement. They make you wonder what it’s really like at that company. How sincere that corporate values statement is. How much they really care about you as a customer or client. And these questions, these inevitable hits to your employer brand, reveal why it’s not just about the worst case scenario; it’s not just a public blowup that you should be concerned about. When your employees cause people (customers or colleagues) to question your sincerity as a leader or that of the organization of a whole, I think that reveals a weakness that’s worth examining.

Why was that problem employee welcomed in the first place? Are they really so essential that their bad behaviour can be excused?