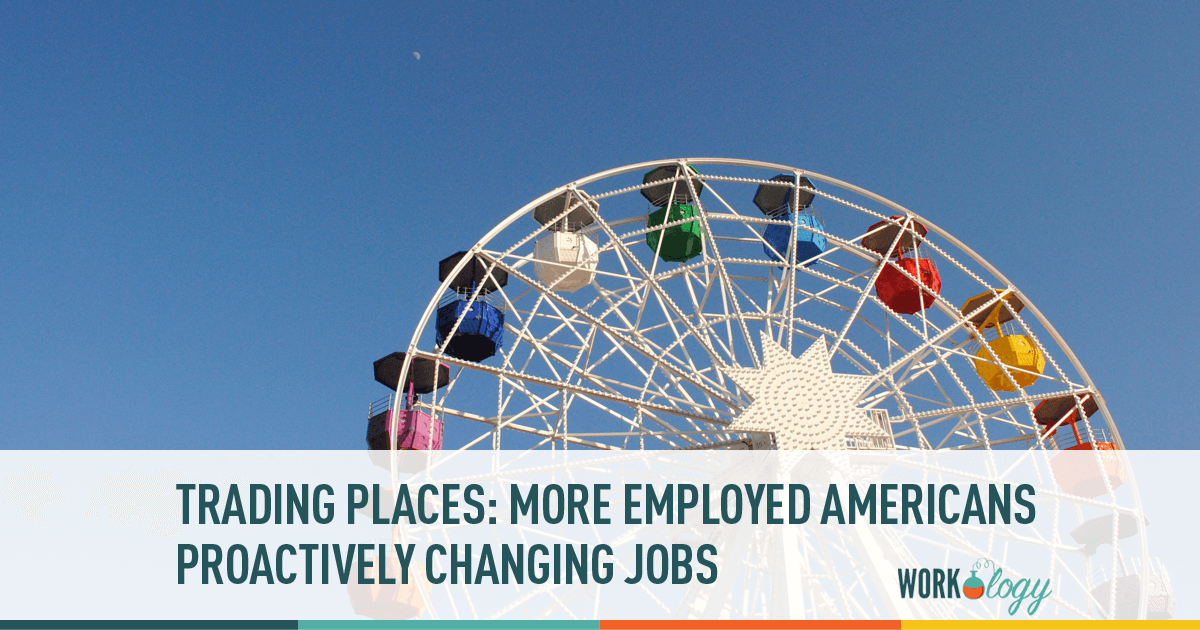 RICHMOND, Va.– With the national unemployment rate holding steady at better than 9 percent, it can be hard to believe anyone is finding a new job.

The 5th-annual Labor Happiness Index commissioned by Snagajob – hourly job specialists with the world’s largest community of hourly workers – finds that 22 percent of employed Americans have changed jobs in the last year, up 4 points from 2010.

Perhaps even more interesting is the reason for the job switch. Last year, 34 percent of workers who changed jobs in the previous 12 months did so because they had been laid off or fired, but now just 22 percent of workers say that is the case, down 12 points in one year. At the same time, more workers are reporting a proactive job switch. Of those who have landed a new job in the last year, 44 percent said it was a proactive move on their part seeking a new opportunity, up 13 points from the previous survey (31%).

“The fact that more workers are looking for – and finding – new positions proactively shows that some employers are indeed hiring aggressively and that opportunity is available for attractive candidates,” said Shawn Boyer, CEO of Snagajob. “Employed Americans took advantage of increased opportunity in the last 12 months to make a move that would better their situation. This proactive movement in the job market is certainly not an immediate solace to the unemployed, but it’s encouraging to see some job opportunities for workers.”

Two in three working Americans say that the most important issue facing the country today is the economy, up 8 points from last year and the highest reading in the five-year survey.

More than a third (36%) of working Americans think the worst is yet to come (up 4 points). A majority (52%) believe that the economy has stabilized from the recession but things have not yet begun to improve. While this is a smaller group than last year by 3 points, that’s not good news. The decline has shifted into the more negative group who thinks the worst is yet to come.

Even as American workers are thinking about the economy, these macro-concerns are not preventing individual job happiness. Roughly six in 10 working Americans say they are happy in their current jobs, relatively unchanged in the past three years. The Snagajob survey is showing some consistency in the key contributors to workers’ happiness. Over the past three years – since this particular data has been collected – the top drivers of workplace happiness have been personal satisfaction the job provides (27% this year), feeling fortunate to have a job at all (26%) and the job being a good fit for the worker’s lifestyle (19%). Meanwhile, only 15 percent of workers say that their paycheck is the No. 1 factor that defines their job happiness.

“One message to workers and employers is that the paycheck isn’t everything,” Boyer said. “While we all want to be compensated fairly for our hard work, most people won’t be truly happy unless they are deriving a sense of pleasure from what they are doing and from what they are contributing to.”

And despite the 59 percent of workers who say they are happy at work, happiness may not be enough to keep them there. Nearly one in five workers (18 percent) says they will be looking for a new job within the next year, up 4 points from last year. Thus, it seems that the trend that workers have been proactively looking for new opportunities will continue.

Survey methodology: Snagajob’s fifth annual Labor Happiness Index, conducted July 7-11, 2011 by Ipsos Public Affairs, was culled from a nationally representative sample of 1,002 randomly-selected working adults ages 18 and over residing in the United States. They were interviewed by telephone via Ipsos’ U.S. Telephone Express omnibus. With a sample of this size, the results are considered accurate within +/-3.1% at a 95% confidence level. The margin of error is larger for subgroups. The data was weighted to reflect data from the U.S. Census Bureau.

About Snagajob: Snagajob is the world’s only company totally devoted to fulfilling the dreams of hourly workers and those who employ them. Hourly job specialists since 2000, Snagajob has grown to a community of more than 30 million hourly workers and a place where they can take advantage of nationwide job opportunities, professional networking and job-hunting advice. To join the Snagajob community and for more information, visit Snagajob.