The Death of the Resume? 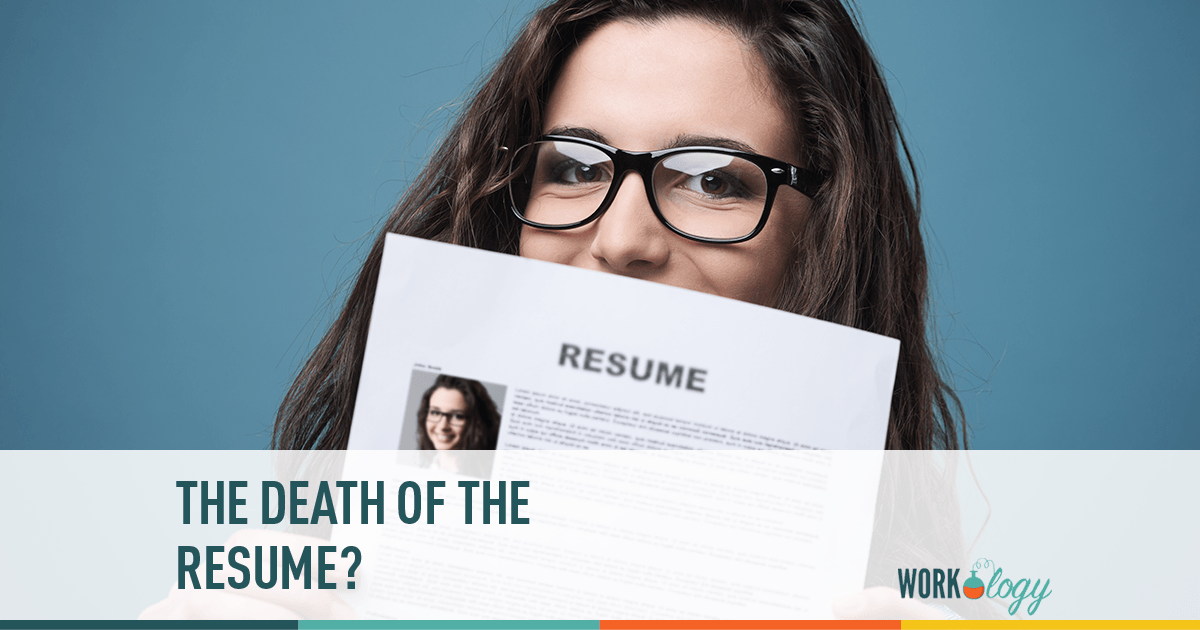 The Death of the Resume?

It’s not as bad as the Washington D.C.’s escort service “little black book” scandal, but the results could be just as disastrous if you were one of the resumes of thousands of job applicants who were reportedly compromised last month when Monster.com was hacked.

This should surprise no one.

The business model and technological infrastructure of Monster.com is commonplace in the human resources industry. It’s the standard, with only a few notable exceptions. For years, job candidates have posted their resume to sites such as Monster.com and others. Candidates at all levels for years now have played with fire, something that they might not have known, but now must know. In the past, job candidates would provide their resumes to job boards like Monster.com, the same place that their boss or HR Director would use for sourcing new candidates. The same place SPAMers were extracting contact data for unintended uses. The same place that that thieves were going to steal identities. Employees and jobseekers were being “outted” without even knowing it!

And now, it is worse with the job boards making candidate data available to those who would buy lists of this information.

And employers, if you want to continue, and indeed increase, the use of the Internet as a valuable recruiting medium then you must realize as well that this practice must change.

The vast majority of the 50,000 job boards in the industry either have a business model predicated on the selling of resumes, or they turn a blind eye toward security measures that would shield the personal data of job applicants.

The more sensational incidents involving personal data that is compromised involve phishing and spoofing, which are methods that criminals use to create forged or faked electronic documents. One of the most common examples of this is the act of sending an email, which is made to appear as though it was sent from someone other than the actual source.

Sadly, candidates don’t realize they are being phished. This activity has been taking place for years (http://www.msnbc.msn.com/id/3078533/) and yet little has been done to protect the job seeker.

Worse, the environment for the job applicant continues to get more threatening as new sites like Jigsaw and myndnet, for example, have set up business networks, where people can sell names – your name, in fact, to anyone who asks.

Other perfectly legal entities feature a resume search and management tool. InfoGist’s Platinum Recruiter, for example, will surf the Internet and collect resumes. This application will extract the email address from the resumes and allow the user to “send batch emails to all candidates that meet the criteria.”

Each of these trends and developments point to a need for talent to take control of their personal data starting today!

Today’s job network must act as a safe harbor, allowing the user to interact anonymously whenever possible. Today’s input to the system is a profile based on structured data. Not only is the profile “smart” but it also enables a job seeker to describe his or her interest as well as qualifications. It provides a basis for accurate matching and even allows scoring and ranking of candidates and jobs. Today’s newer profile based anonymous systems also allow the user to verify the employer’s identity before disclosing any personal data, and then only on a one to one basis.

By embracing the Internet, we have heralded the benefits of transparency. But when it comes to the disclosure of a resume, the only transparency that matters is knowing who exactly is looking at your personal data.

As John Sumser recently stated in his Electronic Recruiting News publication, “the only way to eliminate the risk of unauthorized access with legitimate credentials would be to get out of the resume business entirely.”

While the resume is a useful tool to provide background data for the well qualified well matched candidate, it has never been a good vehicle for matching candidates with positions.

And yet, the resume is still the “currency” used as input to many technologically obsolete systems, even though it is a fixed historical document in a digital and dynamic world. It is dumb in that it requires people to interpret it. It is also highly inefficient in that the most common way to search these documents is by using “key words” and delivering unbelievably inaccurate matches to both candidates and recruiters. The end result is that most users are drowning in poorly matched resumes.

And now this dinosaur of a document has become dangerous. THE RESUME IS NOT DEAD, BUT IT IS TIME for the resume to be controlled by users and to fade into the background of the hiring process where it belongs.

It is time to use technology to our advantage and let’s start “talking and connecting” on the Internet job services. There are many services that allow people to connect and meet on the internet in safe ways. Match.com and eharmony.com both figured out what was acceptable and what is not. And this only makes sense, sourcing relationships would come first…now, let’s see the same in the job market. Safe, accountable, relationship making services where employed working professionals and job candidates know what is happening with them and they are in control. After that, let the games begin. But until then, my suggestion would be to keep your resume in your personal document folder unless you are giving it to a trusted requestor…and only you will know who that is!

Jim Hammock is Chairman of itzbig. He previously served as CEO for Hire.com, Silicon Design Labs, Silicon Compiler Systems, Unify, Coronet and Calico Technology. Hammock also sits on the board of NetStreams, Credant Technology and Maples Investments. He worked his way up in the technology world after receiving a mathematics degree from Texas A&M University and spending 16 years in sales and marketing at IBM.