Resume Writing for IT Job Hoppers 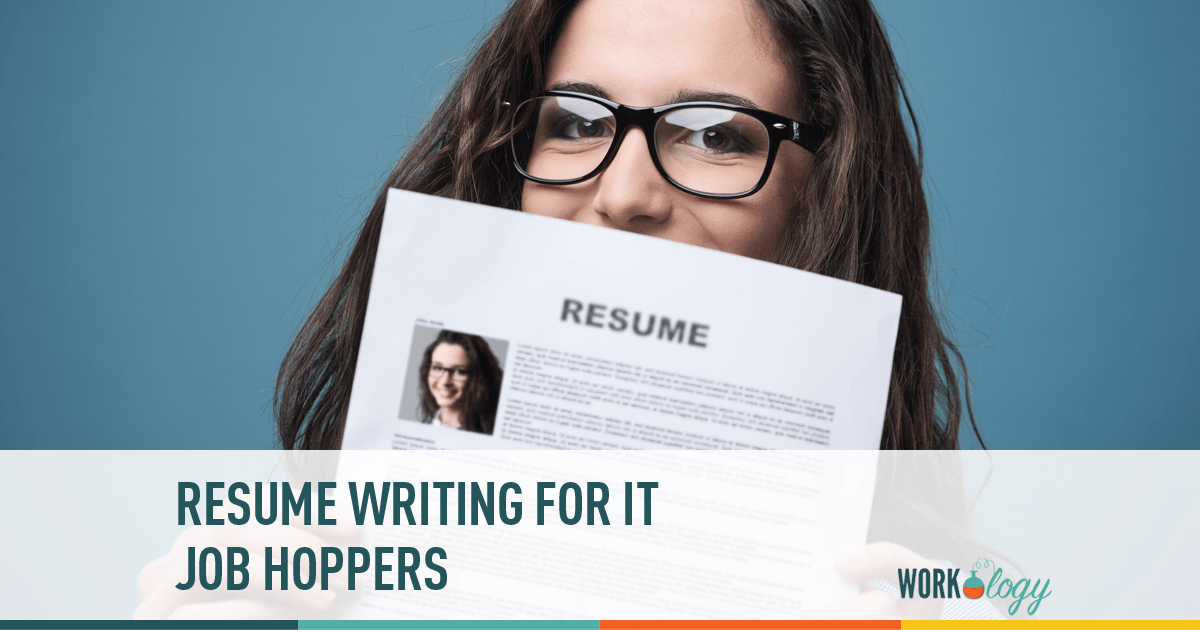 Resume Writing for IT Job Hoppers

In today’s job market, resumes are being scrutinized like never before. And for good reason, job seekers with many short stints in their work history are concerned. After all, the label “job hopper” is one no one wants to wear. But it is common for those in the IT field to change jobs more frequently. The IT industry tends to use contractors and consultants often, creating more demand for these positions. However, when that individual wants to transition back to “regular” corporate employment, their history can present some challenges.

So what is a “job hopper?” Is it someone that changes positions every two years or less? Is it one year? Is it several short positions in a row? Personally, I don’t believe that one short stint at a company constitutes “job hopper” status, and I think it is pretty shallow to suggest that someone is a job hopper because of that. After all, any one of us can lose our jobs these days for numerous reasons, many outside of our control.

Nevertheless, I have to admit that avoiding the job-hopping label is a tricky issue for resume writers because a resume must remain truthful, and there is very little that anyone can do about the fact that a job seeker may have spent less than a year or two at some of his or her positions. However, thankfully, there are some things that can be done in these situations.

1.    Focus on position and not on company. Although your work history should be arranged chronologically, there is nothing to say that you cannot group companies together under one position title. Often candidates will have had the same position with more than one place. So why not arrange the work history by title first and then list companies underneath the title? I’ve seen this work very well with contract positions. Maybe someone was a helpdesk support contractor for 2 places from 2001 to 2004 (one for 1 year and one for 2 years). By placing both companies under the one title, then you place less emphasis on the short stay at each and more emphasis on the fact that you did that job for 3 years.

2.    Keep dates, but place them in less prominence and avoid months. Nothing says that employment dates have to be front and center or that you have to include months. Even if a recruiter tells you otherwise, they are usually just giving you busy work.

One caveat that I would like to mention here, however, is that some of these tactics may not always be looked on favorably with recruiters. Depending on which companies the recruiter is recruiting for, he or she might still want to see months or exact dates or want the resume more company focused rather than position focused. Job seekers would be wise to find out in these situations whether this is something the recruiter prefers or whether it is a make or break with the hiring company. There is a difference, and you have a right to put your best foot forward whenever possible. (That’s why you hired the resume writer in the first place. Otherwise, why don’t we all just fill out the same standardized form for every job application and be done with all this? But, I digress…)

Now here are some things you should NOT do when it comes to dealing with potential job-hopping situations:

1.    Don’t leave off dates all together. This is just a bad move, and unfortunately, I see job seekers do this a lot. Now you just look like someone who has something to hide!

2.    Don’t opt for the functional resume. Again, this is another bad move. Functional resumes just aren’t proven to be that effective. By and large, companies want to see a chronological work history paired up with job functions and accomplishments. In other words, they want the resume to tell a story. The problem with a functional resume is that it says a lot, but it doesn’t really tell the story. How frustrating it can be to have a job seeker say that he or she reduced expenses by millions but then not match that up with where that occurred. Now the hiring manager has no context for the accomplishment.

3.    Don’t lie. How many people lie on their resumes? Many, and companies are getting better at sniffing them out. Don’t stake your reputation on it.

So although job hopping is certainly a cause for concern, there are some things that you can do to lessen the negative impact on your resume.

Are you ready to end your job hopping?