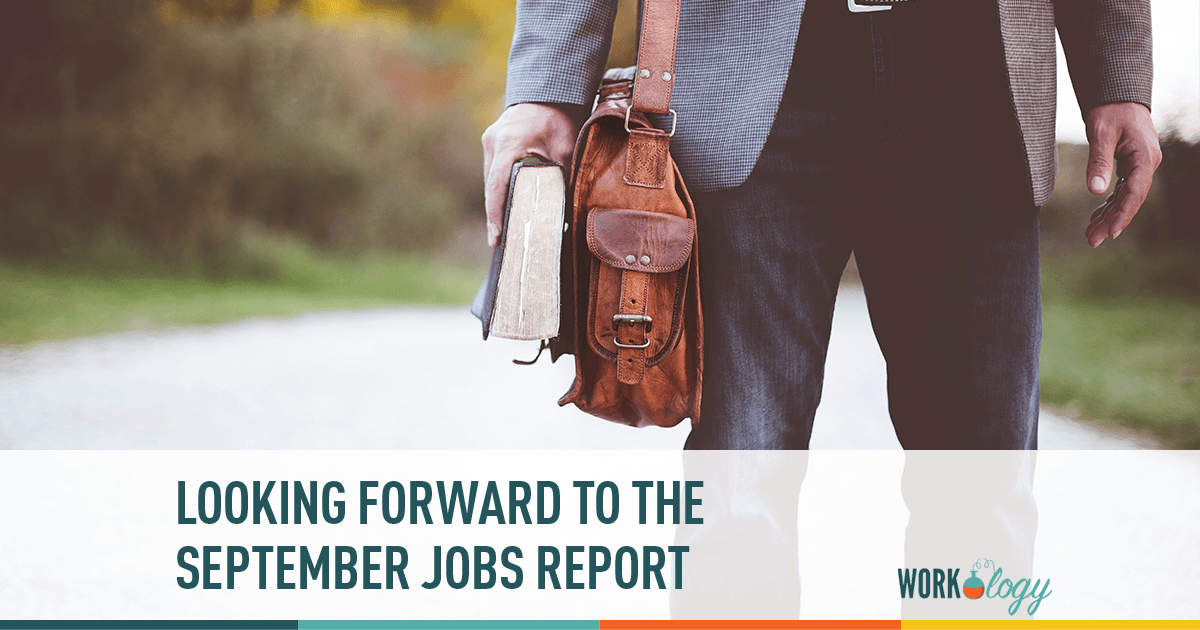 The September BLS jobs report will drop on Friday, October 7. With only one week to go and the US election heating up, I thought it was time for a look back on recent months and a look forward to our next report — what economic trends should we watch for, and what should we hope for?

Seasonal Hiring, Firing and Other Trends

The retail and service sectors often bring on workers to help with the holiday crush. Seasonal hiring may begin as early as September or as late as November, but expect to see these employment in retail stores, restaurants expand in the coming months. In contrast, other sectors often shedding excess workforce in preparation for year end, hoping to start fresh in the new year. We may see some severances rise in other parts of the service sector, and even in the generally booming health care and tech sectors.

Except to see general hiring and severance trends hold true, though.

Almost every month this year the BLS Jobs Report has shocked economists and other analysts. Maybe it’s time we stop letting ourselves be shocked by discrepancies between what we think we’ll see and what we actually get — and too, what comes up in revisions the following month.

At the start of September, many economists were shocked, appalled and generally feeling all kinds of emotions about the jobs report. At 151,000 jobs added in August, the American job market wasn’t quite where economists thought it should be. While it’s true that 151,000 added jobs isn’t one of 2016 more impressive months, it also isn’t anywhere near May’s shocking 11,000 jobs added. August was… ok, especially when you consider that a dip is to be expected at the end of summer, before companies gear up for winter hiring.

Since the crash, the jobs report has been an increasingly important “key indicator” for the state of the economy. As the economy recovered and hiring patterns returned to their historical patterns, economists, market watchers and other analysts put a lot of stock in the significance of the monthly BLS report. One advantage is that it’s a reliable dataset with a lots of previous datasets to compare to. We know what what the BLS will report on, month to month, and we know that every statistic contained in its report can be put into the context of decades of data.

But while it’s true that the report contains a lot of incredibly significant data, it isn’t, by itself, a good measure of the economy as a whole. Take the May report. It was shocking not just because the hiring numbers were so low, but because no one expected it. Overall unemployment didn’t spike and the stock market wasn’t haywire — at least, not until the report dropped. The May report, in conjunction with Brexit fears, sparked a short-lived global panic.

As we prepare for the September report’s arrival, we should keep in mind that no matter how useful the data it contains is, it’s only part of the picture. And too ,that no job report alone should be considered without an eye on the long term trends.