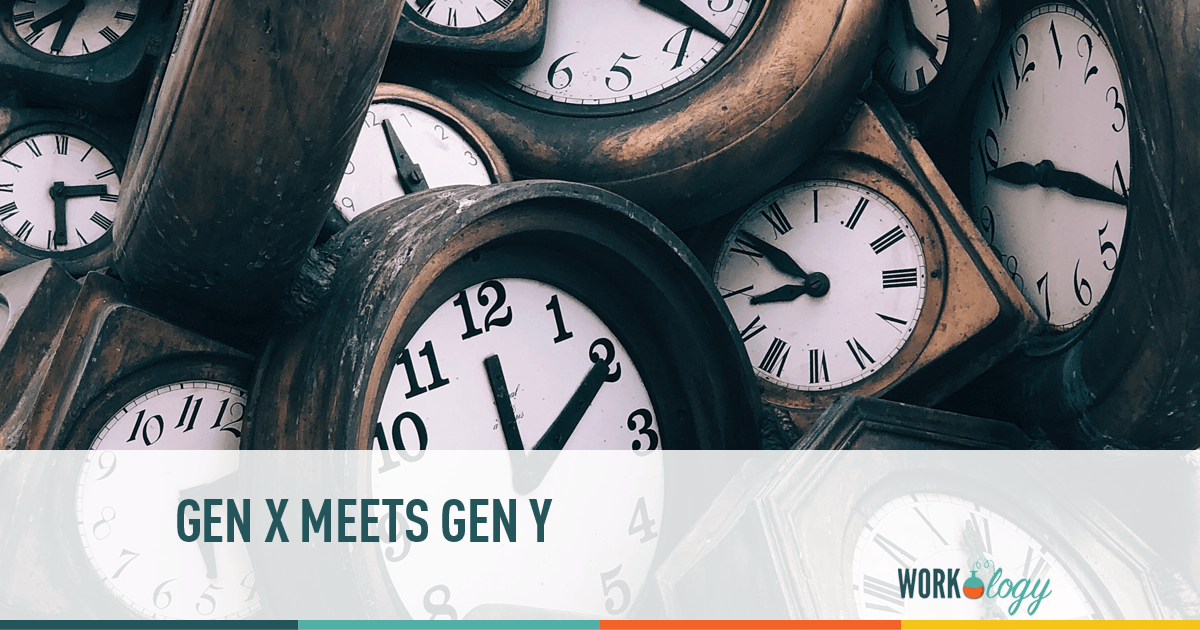 While reading over the comments from my post two weeks ago a lot of people had pointed out that although they aren’t Gen Y’ers they still adhere and follow the same stereotypes. That may very well be true because in this day and age we as humans are constantly evolving and learning to adapt to new ways of life. The most used example of a Gen Y stereotype is having the television on in the background just as noise. I’ve witnessed firsthand my mom, a Gen X’er, leaving her television on as a background noise while keeping busy doing other chores. My point in bringing all this up is that even though people may have gradually adapted to certain ways of life, there are still certain things that are directly related to Gen Y and Gen X.

Instead of using conventional methods of research, also known as the Internet, I interviewed various people who were considered Gen X’ers and Gen Y’ers. It’s safe to say that the majority of Gen X’ers that grew up with the Atari, Three’s Company, and VHS have grown accustom to the life of the Xbox 360, Reality T.V., and Blue-ray. These comparisons reflect the differences in how each generation grew up. I’ve listed a few categories and compared to the two generations.

Gen X €“ This generation often feared and respected their parents a great deal more than Gen Y. Corporal punishment was normal and the thought of being hit with a switch was always well-deserved.

Gen Y €“ We turned the idea of discipline into child abuse. Being put through a wall or being hit with a switch can now land a parent in jail and the children being put in foster care. A big turnaround from how it was to now.

Gen X €“ Happy Days, Laverne and Shirley, Welcome Back Kotter, Mike Douglas, Diana Shore, and Soap operas were just a few named when asked about different types of television shows that Gen X’ers grew up with. Most of these originally aired during the beginning years of what’s refered to as Gen Y, but were popular during the time Gen X’ers were growing up.

Soaps were bigger in the past. Remember when Luke and Laura got married on General Hospital? I was told that it was something you didn’t want to miss and everyone made sure they were home watch it. What about when JR was shot? Kids were sent to their room for complete silence and concentration. No way to record so if you didn’t catch it, you missed out. Everyone smoked on television and the news was watched more.

Gen Y €“ Reality television has exploded in the past decade. Gen Y’ers have soaked it up and dozens of reality television shows have populated. As someone who has grown up in the reality television era I can attest that most are addicted to one if not several different series. There is no such thing as missing the latest episode of your favorite series because you can watch it online as many times as you want. You can even DVR your favorite shows. There are unlimited means of watching anything your heart desires.

Television is a big part of life. Looking back forty years the type of programming has dramatically changed, but it is also an evolution of past trends. In the case of reality television, Candid Camera was one of the first shows that attempted to catch reality life.

Gen X €“ The Sears catalog was something that came up numerous times when asked about the different types of marketing and advertisement. People would order several different types of products from this catalog and it was very popular. I searched for an old catalog page and the main item featured was an electric sewing machine for $11.50. Door to door salesmen were more popular and cigarettes were advertised (before they caused cancer!).

Gen Y €“ Nowadays you can shop online, be hit with marketing slogans anywhere you look, and tend to research products a great deal more before making a big purchase. The Internet has revolutionized the way products are being bought. Most online stores offer 3D models of various products that make it virtually possible to buy everything while sitting in your underwear and have it delivered. There are even companies that will purchase groceries and deliver.

Growing up in the time period known as generation X compared to now has changed drastically. Gen Y grew up in a more advanced technologically savvy world where Gen X had the opportunity to experience this technology when it was in the early stages. People adapt just as Gen Y will adapt to the technology advances during Gen Z growing up years. It’s a cycle.

There may not be a big epiphany after reading, but the comparisons are there to show that through time people evolve and different mindsets are formed. In order for companies to be successful, they have to be willing to change their marketing strategies. If not, they could face brand failure down the road.

Blake McCammon, is an intern at Xceptional HR and is also our Gen Y twice monthly blog contributor.  Connect with Blake on LinkedIn, Twitter, and Facebook.  Blake is a recent grad of Northeastern State University with a degree in Business Administration.  During school he created and managed his university’s social media strategy while also spearheading a university Go Green€ campaign.