Finding Your Purpose: One Thing, One Word 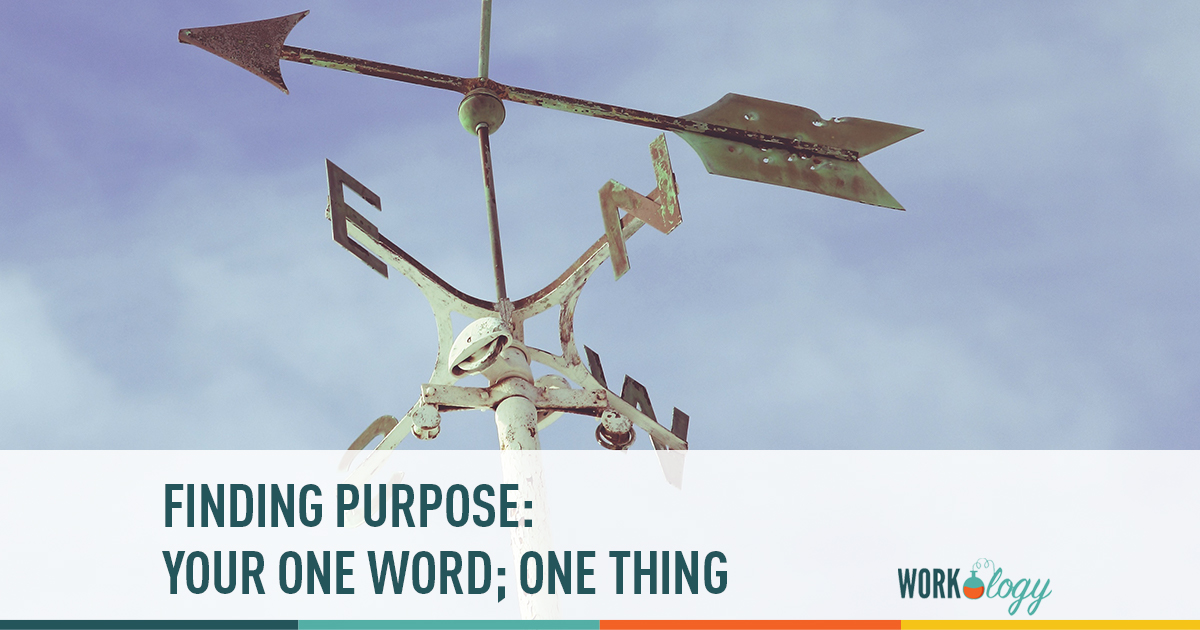 In the 1991 Billy Crystal film, City Slickers, a group of friends in mid-life crisis take a vacation on a cattle drive led by Curly Washburn played by Jack Palance. There is a wonderful contrast between the grounded Curly and vacationers who seem as uncertain in their daily lives as they do on their first cattle drive. I say “first” because there was a sequel.

Have I lost you? How about this?  Jake Gyllenhaal also in the movie. It’s not on Netflix, but is on Amazon as is City Slickers in Westworld.

City Slickers has several interactions worth recollecting. My focus here is on an exchange between Jack Palance’s Curly and Billy Crystal’s Mitch Robbins. It goes something like this:

Curly: Do you know what the secret to life is? One thing, just one thing.

Mitch: What’s the one thing?

Curly: That’s what you’ve got to figure out.

I recalled this after speaking with a dear friend about the conversation she had with her mother regarding her father’s military headstone. Like most things in the military, there is a lot of structure, process, and policy about headstones. With the persistence of a beautiful widow and her strong-willed daughter, there is also a place for creativity and individualism alongside the majesty of disciple found in Northern Wisconsin Veterans Memorial Cemetery. George Sandstrom is honored there. I had the privilege of attending George’s funeral on December 17, 2016. The same day that John Glenn was memorialized at The Ohio State University for HIS service to the country. WOW, I thought as I watched some of Glenn’s ceremony. These guys did A LOT! Hopefully, you know some of Senator Glenn’s accomplishments – the first American to orbit the earth, the oldest person to fly in space, married for 73 years, raised two children and has two grandchildren.

A few points on George:

That is to say that if something needed to be done, he did it. If he knew someone needed a hand, he lent it. He flourished in his life, leaving a legacy of love, family, buildings, organizations, businesses, animals, and trees – so many trees.

Obviously, I’m a fan! As boisterous and confident as he was, as much as he contributed to the globe – literally the earth, society, and to individuals, George figured out his one thing.

Because when all was said and done . . . on his headstone, there was room for one word. ONE WORD! ONE THING! And he chose that word, not on that day, not on the form, but in the living of his life. Through his actions, George Sandstrom chose the word COURAGE!

Which made me wonder.

Finding Your Purpose: One Thing, One Word