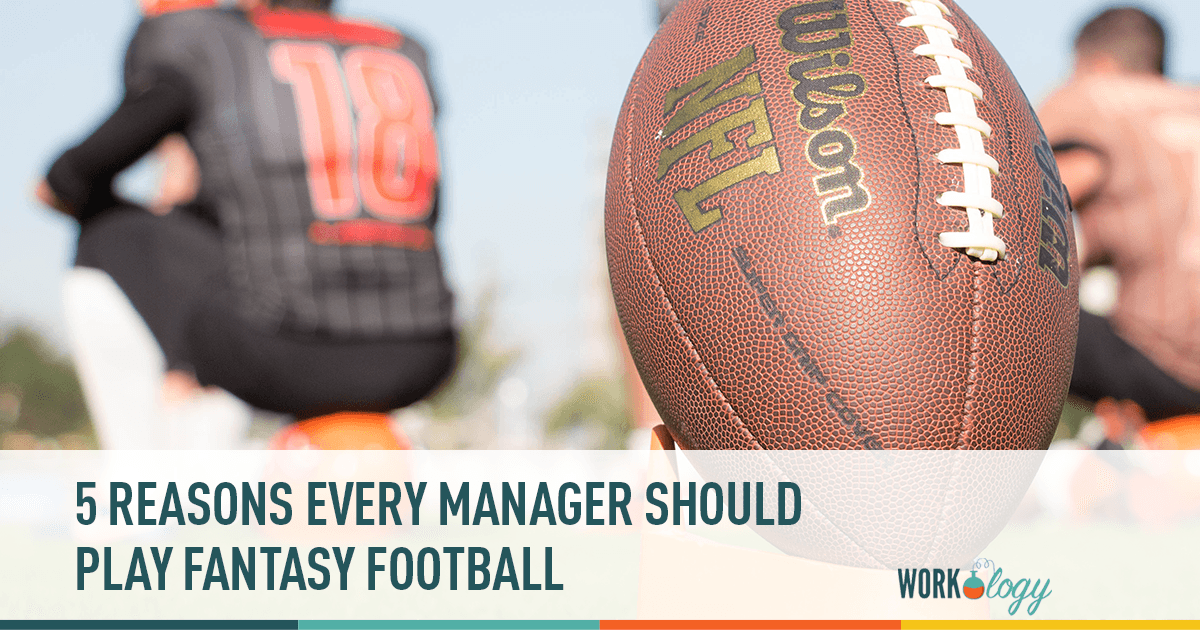 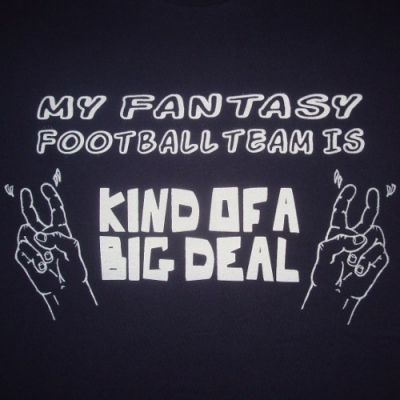 That all changed when my new employer launched a company Fantasy Football league. Determined to get to know my coworkers, and equally determined not to look stupid, I set about learning everything there was to know about fantasy football. First, I bribed an intern into teaching me the positions, basic rules, and NFL teams. Next I did finger-research to determine the mechanics of a fantasy draft. Five custom spreadsheets, thirteen mock drafts, and three weeks later I drafted my first team. Throughout the season, I wheeled and dealed and watched the waiver wire like a hawk. I watched every game with laptop and live scoring application in hand, with a second monitor to scout how my competitors were doing. I didn’t win the league, but I did earn the most total points of the season–and in the process, I became a better businesswoman.  Here’s why:

Every fantasy football season starts with The Draft. Spanning a couple hours, this no-holds-barred scramble for starting talent is fiercely competitive and wildly unpredictable. It requires both the assembly of a formal strategy and a willingness to toss it out the window after fifteen minutes. Almost no plan survives first contact with reality, but those who go in without one get eaten alive.

Inexperienced players respond to the chaos of The Draft by focusing on one round at a time. When it is their turn to draft, they’ll pick the highest ranked player at the time with little thought to future rounds or other factors. Experienced players, on the other hand, think in more complex terms. For example, they’ll resist the temptation to pounce on a blockbuster quarterback in the first round. Going for a running back or wide receiver may be less sexy, but you’ll need at least three of each on your team–and player quality drops drastically for these positions the further down the rankings you go.

In business, the ability to balance a formal strategic plan with unanticipated challenges, needs, and opportunities is crucial. Unfortunately, most of us tend to treat our daily decisions as discrete events, like the rounds of a fantasy draft. We ask “what’s the best thing to do now?” instead of “If I make this decision, what are the consequences down the road and how will I respond to them?”

Last season, three of my best players suffered debilitating injuries that left them out of several games–including Willis McGahee, who missed every game in the playoffs and was later released from the team. This kind of thing happens to the best of fantasy drafters. It’s almost a guarantee that one of your players will be injured, so the time to start thinking about back-up plans is during the draft.

There are two primary strategies for avoiding injury risk in fantasy football. The first is to focus on “depth” at each position–in other words, draft quality 2nd and 3rd string “backups” for at least two of the three primary positions. The other strategy is called handcuffing, which entails grabbing multiple players form the same NFL team, assuming that if one goes down the other players will be forced to pick up the slack.

Then there are strategies for responding to risk when it occurs–for example, most leagues limit the number of times you can add a “free agent” (undrafted) player to your team. If you’re too much of a chicken little, you’ll blow through your transactions in the first few games and be left high and dry if injuries continue to plague your team.

The same problems and strategies exist in the business world, especially when it comes to resource planning. It’s common to rely on one or two star employees to carry team performance, but what happens when he/she retires or accepts a competitive job offer? Who will take their place? How will you capture their knowledge? At some point, continuing to hire talent from the outside becomes counter-productive, and must be balanced with a robust internal development program. Bottom line: fantasy football is the perfect low-stakes arena in which to learn the high-stakes art of risk management.

3. Fantasy Football Is All About Negotiation.

Not happy with your quarterback’s performance? One option is to trade for a better one–but who will you offer in return? What are you willing to sacrifice? These decisions have to be made weekly in most leagues, and many leagues require the approval of everyone to made official. Most negotiation books, classes, and tactics assume a two-party agreement for the sake of simplicity, but in the real world most conflicts involve three or more competing agendas. Think of fantasy football as a 13-week course in the finer points of arbitration.

4. Fantasy Football Can Prepare You to Switch Industries.

Not a football fan? Don’t understand anything about the game? Join a league anyway. Learning the rules, terms, strategies, tactics, and “lore” of the game–especially if its all new–is a good way to test your adaptability. As a consultant, I’m often asked to apply my project management expertise to unfamiliar industries or sectors. The process I used to become an “insta-expert” in fantasy football (minus bribing interns) is the same process I use to acclimate myself to new business environments.

Fantasy success or failure is still largely a matter of luck. At least once during the season, players will surprise you (for better or worse) and you’ll have to acknowledge that your “skill” as a manager only goes so far. Sometimes, you just lose games. So don’t sweat the small stuff. Improve what you can, but acknowledge your limitations–in fantasy, and at work!