How to convince skeptical, civilian employers about your valuable military experience 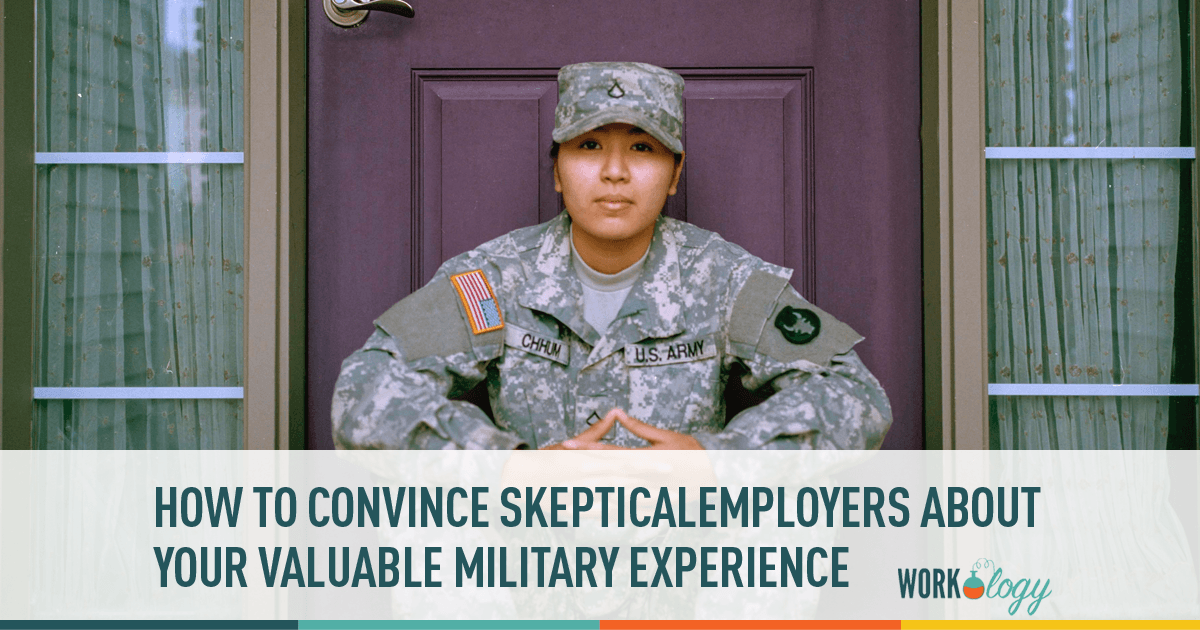 I am in the midst of developing an online “bootcamp” course aimed at military members transitioning to the civilian workforce.  This is why I started to develop my site, military2civilianemployment.com  Speaking as a proud military spouse and former employment counsellor at a military base, the passion for helping the military  remains intact!

Just this morning, I was interviewing a retired navy sub lieutenant who shared his experiences with seeking employment on “civie” street. Frustrated would be an understatement. This former military member, Stephen,” gave me some valuable insight on convincing civilian employers that you can deliver the goods:

1. Lack of contacts-Once you identify your job target (don’t proceed with anything until this is done. I speak from experience-fifteen years’ experience of assisting the unemployed!), cultivate your contacts.
Build your Linked in profile. Join groups and share your expertise as a subject matter expert. Start discussions and then start to follow people on groups who share your values, interests and common experiences. Seek out hiring managers. Contact people who work or used to work  at your desirable employer.

Gather physical copies of your performance evaluations and make contact with the person who wrote them.Set up informational interviews with companies. Start blogging about your expertise and allow comments to be published on your blog.

2. Civilian employers’ presumptions about military experience-I witnessed this firsthand when I worked at two military bases. SOME employers cannot make the connection between what military members faced and experienced and how those experiences can be brought to the table. Ideally, the “solution builder” to solve a company’s problems does not register. Retired military members, including Stephen, whom I just interviewed, presumed that civilian employers would show interest in them, only to receive “lip service.” Stephen added that employers needed to be taught that military members’ training can save and make money.

3 Military training is often disregarded or not regarded with the same stature in the civilian world. In many cases, I have to agree. For example, some trades or military experiences either are too hard or cannot be “proven” to civilian employers (ie leadership or management, even though a Master Corporal may have managed a platoon). In other words, the civilian employer needs to have “tangible” evidence, such as a diploma or degree, in order to be considered, in some instances. I used to call it “credentialism,” when I worked at the military base. Employers preferred that coveted piece of paper and ruled out the military equivalent. (That explains in part why employers believe they must upgrade or retrain once they leave the military, because, rightly or wrongly, they have no other options (not true by the way!)

These are just some of the observations I have recorded and seen. I would love to hear your opinions on how to transition to the civilian workforce. What are your experiences? Please email me at teacher10@hotmail.com.  Your observations may be included in my upcoming online “bootcamp” course.

What are your experiences either as ex-military or hiring ex-military?