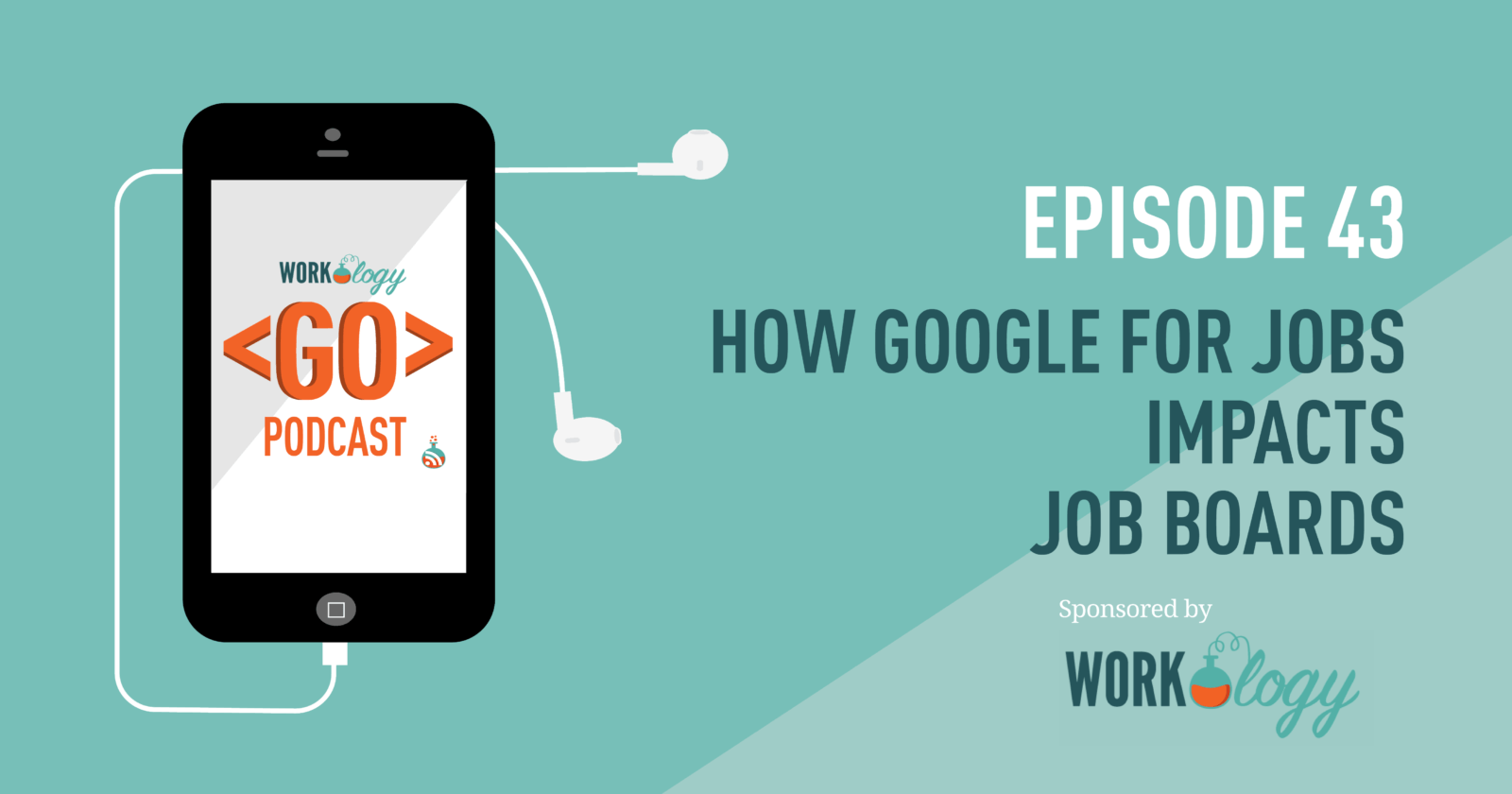 Even though Google is sunsetting their ATS Product Google Hire next year, Google for Jobs is operating at full force. In fact, it’s Google’s secret weapon. Since the inception of the internet, people have been searching for jobs online. This is what job boards were built for making it easier for recruiters to connect with job seekers and vice versa. Except that how we search for jobs over the years has changed. The invention of not job boards but job board aggregators like Indeed.com are the driving force of how our search continues to change. Google for Jobs is part of that next evolution.

These aggregators served up job listings from multiple job boards as well as company career sites. These strategies served these aggregators well and two years ago Google decided to lay their stake in the ground creating Google for Jobs.

Today’s featured article comes from Recruitment Tech and is titled, “What’s the Impact of Google for Jobs on Job Boards?”

The article says that Google for Jobs is the invisible market leader for traffic, and it really happened overnight. Everyone uses Google.com for everything including searching for jobs. Google plays nice with job boards instead of replacing them through partnerships from job boards that want to have Google direct traffic to them when a job seeker searches for a job like “marketing director jobs in Austin, Texas.” Google for Jobs serves up openings first by their partner job boards mostly and not employer career sites. Am I right in this assumption? I talked with Chris Citero of TMP in a recent episode of the Workology Podcast. When Chris mentions “it” he’s referring to Google for Jobs.

Now in 2019 it has grown tremendously but it only accounts for about one point six percent of the total network traffic. So right now we’re seeing you know around 1 out of 10 job. Excuse me one out of one hundred one out of 100 job seekers visiting everything across the board from Google for jobs right now. Now you could say some of that segmented because Google for job doesn’t only index employers it’s indexing other job boards some of it can be coming indirectly from other job boards. That’s for sure but I think it’s important to look at Google for jobs within the lens of Google overall so I can tell you that around 20 percent of all of those traffic numbers are coming from Google overall. That means that only 7 percent of the Google traffic coming from Google for jobs right now. So that means companies that do have solid SEO programs are benefiting from that but they’re still seeing just a portion of their SEO efforts coming from Google for jobs. Now that number that 20 percent can go up or down I’ve worked with some companies who are really good like AT&T who has much higher numbers than that. But you know it’s a good baseline to just at least give some ground context around it right. It’s definitely a very interesting time with a lot of this happened and big names like Google mean you know lots of big headlines but I think you have to be grounded in how you look at it and we look at it as it is a new channel that is opened up that we can capitalize on.

And of course you know one point six percent out of millions and millions of visitors and a small number. But I don’t think that it’s at the point now where it’s going to start taking away from career sites at the I mean excuse me other job boards and job aggregators at the rate that a lot of people say. And I did I did bring a couple extra numbers here to this to give you an idea I know that everyone’s like is Google for jobs going to be the indeed killer. Right. Well we of course have data on Andy too. And I think context that can be lost sometimes when people are talking about Indy’s decline in traffic is they made a major update to their user experience in 2018 and it was to create this double pains navigation where when job seekers on indeed click on a job in the past they used to go directly to the employers career site. Now they stay on indeed and they don’t go to the employers career site until they click the apply button.

What most HR and recruiting leaders don’t know is the invisible network for traffic, clicks and business referrals that happen in all of the job board industry. This includes Google for Jobs where clicks, candidates, and traffic are traded. This is the reason why for company career sites, we haven’t really seen an increase in traffic or candidate quality as a result of Google for Jobs. Google is leveraging job boards who are more than willing to pay partnering with them instead of being their competition. Personally, I think Google for Jobs will enter the market and effectively remove job boards from the equation. Until then, Google for Jobs is the silent market leader in job candidate traffic and will continue to be.

And that’s this episode of the Workology Go Podcast sponsored by Workology. We’re your go to for HR and workplace news. To learn more about the Workology Go Podcast, subscribe to us on Apple, Google, and Stitcher. Our podcast is also available on Alexa and Google Home. Learn more at workology.com/gopodcast and access this episode’s resources, links, and reports for more information.

What’s the Impact of Google for Jobs on Job Boards?