Your HRCI Recertification Dates are Changing! 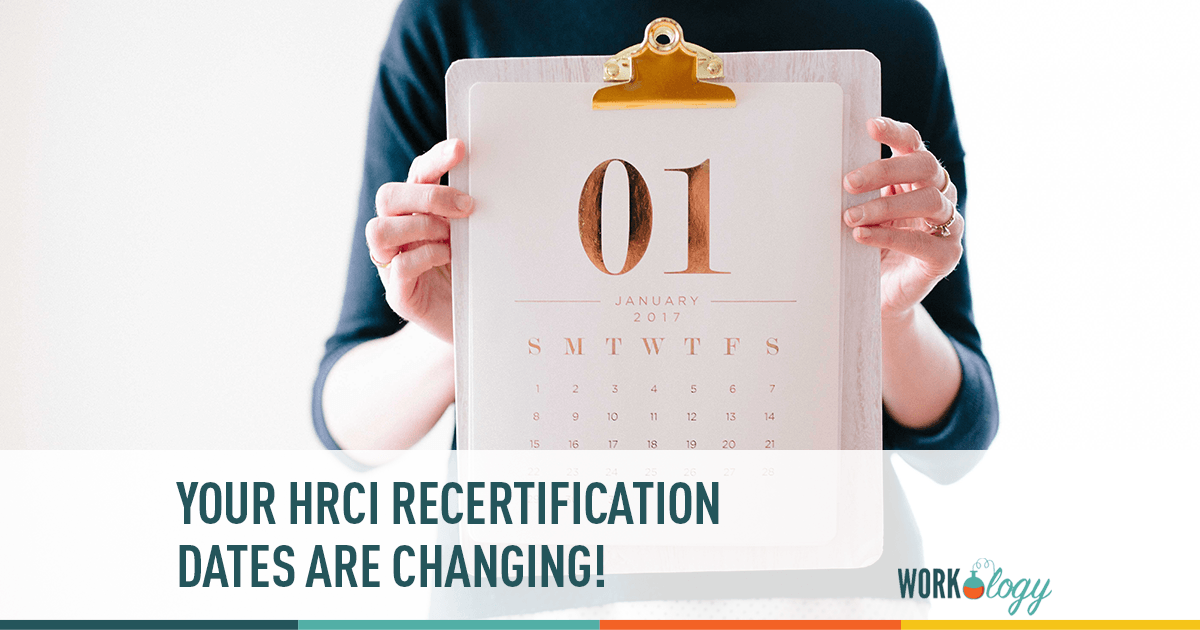 That’s right. Starting February 1, 2014 you will no longer be adhering to the January 31st recertification date (unless that is, your birthday is on that date).  The HR Certification Institute announced in early march that they would be instituting a new birthday rule for the recertification process.

The new birthday rule will go into effect after this current round of recertification that ends of January 31st. This means that after this date certificates will have a new recertification date that falls at the end of their birth month, plus three years.  For example, my birthday is August 28th (feel free to send presents) so in order for me to keep my certification I would need to obtain the appropriate amount of credits by the end of August 2017.

Here’s an excerpt from the HRCI email that was sent out that helps clarify some things:

This new birthday rule was created as a means to help HRCI spread their resources out over the course of a year instead of everything happening all I once. I personally think it was a good move. It’ll not only allow them to provide better support, but it’ll allow an easier way for those who always forget about their recertification.

To learn more about this change in process check out the HRCI Blog.

Join us December 19th for our next webinar!

Jessica Miller-Merrell, CEO and Chief Blogger, will be hosting a free webinar, December 19th at 11AM est. entitled 7 Commandments of Selling and Marketing to Recruiting and HR. Learn the ins and outs of selling to your services or technology to practitioners in the space. Register for the webinar today!

What do you think about the changes with the recertification process?