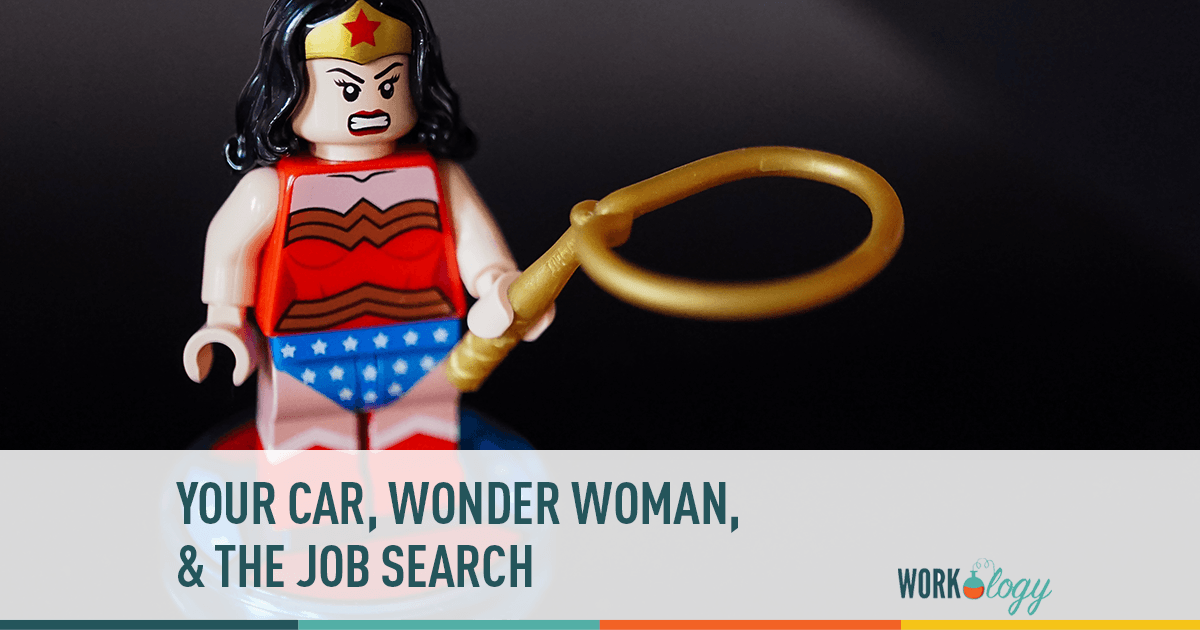 The song by Keith Anderson, “The clothes don’t make the (wo)man” didn’t consider first impressions in the business world especially during the job search and interview process.  Imagine super heroes like Wonder Woman or Batman without their super hero uniform.  What would your impressions be if they arrived on the crime scene in jeans and flip flops?  Would their ability to do the job change or your perception of their expertise as a crime fighting superhero?  A job seeker’s effectiveness, job fit, and perceived experience is constantly being evaluated from the resume, to the job interview, to your dress, and now even the car you drive.

As many of you know, I have been driving a Chevy Malibu for four weeks as part of the Gotta Love Program.  I’m blogging, facebooking, and tweeting about my impressions, experiences, and insights while I take the Malibu on an extended test drive.  And just last week after a business meeting, a job seeker and reader of Blogging4Jobs approached me to talk about a recent job interview experience they had with a large and well-known Fortune 500 company in the Midwest. Susan (not her real name per her request) knew I was test driving and Malibu and as we chatted was extremely upset.  She believed that she had lost her dream job opportunity because of the car she drove and not her qualifications.

Susan, who interviewed with the Fortune 500 company two weeks ago, felt she was well on her way and had just finished her second interview when the hiring manager walked her out of the office and to her car.  She felt extremely confident in her interview and was told she was the front runner among two final candidates for a Director position.

And then everything changed.

As Susan made her way to her car with the hiring manager, she remembered that she had drove her husband’s truck to the interview not the standard Chevy SUV she normally drives.  The truck was a 1975 farm truck that Susan and her husband use to haul hay as well as their back up vehicle.  Rusty, dusty, and dirty are nice ways to describe the condition of the vehicle.  Susan tells me that she could see by the open-mouthed look on the manager’s face the damage was done and in just under 10 seconds she watched her dream job opportunity slip from her grasp.

While I don’t agree with the company’s actions if based soley on the condition of her vehicle, Susan received a turn down notice earlier this week.  She is certain that her car is the reason she was passed over for the position, and her story although we don’t know the reasoning behind the Fortune 500’s selection, is to always be prepared.  For Susan, there is little recourse other than putting on a good face, picking herself up, and preparing for the next job lead or opportunity.  As a job seeker who is selling a product, we must evaluate all angles and be prepared that every part of our job search is a reflection of the qualified, professional, and engaged candidate that we are.

Leave nothing to chance because the clothes don’t make the (wo)man but first impressions are forever.

FTC Disclosure:  The Gotta Love Chevy Blogger Promotion is being sponsored by the Oklahoma Chevy Team Dealers.  Three women bloggers (including me) have been provided a Chevy Malibu vehicle to test drive for four weeks.  The program includes weekly fun activities or projects for us to complete.  We have been provided gift cards in which to complete these assignments.