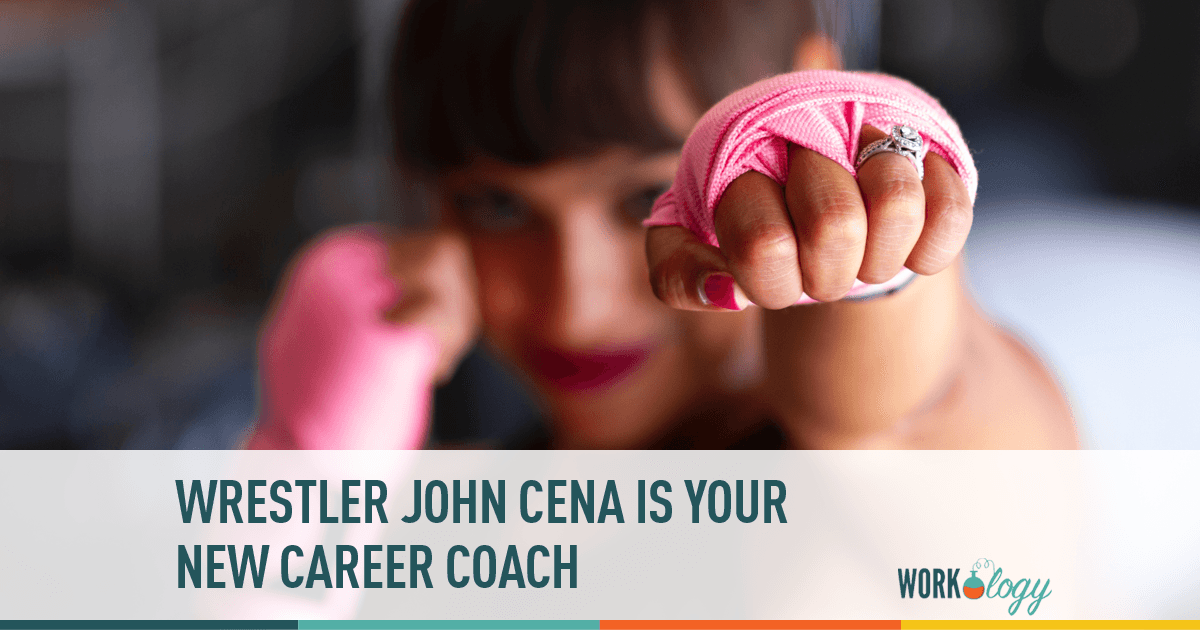 Is your career in a slump? Do you feel trapped? Too scared to climb the next rung of the ladder, or move to a different company? Well, thanks to Fast Company, wrestler John Cena is here to help.

Cena is a WWE wrestler, a reality TV star, occasional actor and an advocate for the Make A Wish foundation. With dozens of wrestling championships and 500 Make Wish wishes under his belt Cena seems like the ideal career coach, right? He’s hardworking, successful and philanthropic. Sounds great!

Well, be careful what you wish for, because Fast Company’s career coaches aren’t always the most thoughtful, approachable or professional.

The series brings us the worst of the worst coaches, from the ineffectual, to the bored, to the bullying and the confused — traits we’ve all encountered in coaches and managers. FC’s video series is hilarious but it also, at times, hits a little too close to home. Who hasn’t had an authority figure try to frown, yell or belittle them into compliance? Teacher, family member, coach or boss — there’s always someone who thinks they know what’s best for you, and they’ll get you there (under their thumb) by being nasty. And who hasn’t had an authority figure who just couldn’t be bothered to care? Someone who looks right through you because they’re wrapped up in their own problems, or, for whatever reason, has decided that you, Reader, just aren’t worth their time.

Cena is a combination of these types, annoyed and indifferent. But at least he doesn’t yell… much.

Regardless of whether or not we’ve ever been targeted for for a bully’s special treatment, or ignored by someone who’s ostensibly been charged with paying attention, we know the type. That’s what makes FC’s video series so funny. It’s too real. Bullies and self-centered jerks are everywhere, and you can’t get rid of them with a chokeslam (no matter how tempting it might sometimes be!).

Even people who are otherwise thoughtful and decent can fall into abusive behaviours or nastiness, given the right (or wrong, really) environment and a lack of self-reflection. The real John Cena may just be a standup guy — I don’t actually watch wrestling myself; I just absorb wrestling info from friends — but you definitely don’t want be John Cena, Terrible Career Coach. If you find yourself raising your voice to employees, ignoring them in favour of your phone or dismissing their concerns, you might now be the bad boss. Time for some reading and reflecting!