Would You Breastfeed During an Interview? 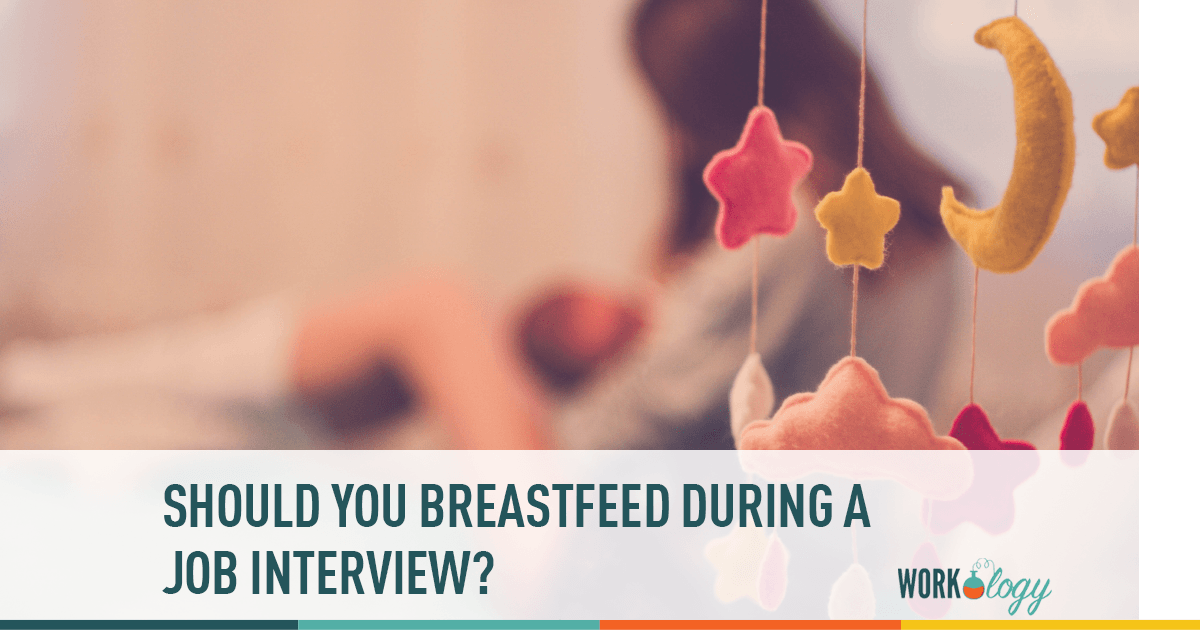 Is pausing an interview to breastfeed your child appropriate? One business co-owner and hiring manager in the UK says that not only is it appropriate, sometimes it’s necessary.

The Daily Mail reports that the owner/manager, shared her story on the mother-oriented forum, Mumsnet. According to her post, she informed her business partner that her son would be accompanying her to work that day and that their daily work, including candidates, would have to accommodate her son’s presence. But after getting caught up at home, she was unable to feed her son before the start of the interview. About 20 minutes into the interview, her son began to get fussy. When she was unable to quiet him, she decided to go ahead and feed him.

Breastfeeding at work and in public has been the subject of an increasingly heated public debate. Stories of women breastfeeding in public, only to be told remove themselves to bathrooms or basements or even leave the premises have been all over this year. And in the workplace, the norms surrounding working mothers have been shifting rapidly, with companies looking to stay competitive offering a whole host of new benefits for working mothers — many of them specifically geared toward making the working lives of breastfeeding moms easier. From in house daycare and nursing rooms to breastmilk delivery, tech companies in particular have been normalizing not just the presence of new mothers and their children in the workplace, but breastfeeding as a workplace activity.

When Can You Breastfeed at Work?

However, breastfeeding or pumping in a nursing room isn’t quite the same as breastfeeding in front of your colleagues — or a candidate. I can’t think of a single workplace that I’ve been in where breastfeeding during an interview would have failed to generate a comment from upstairs — but I have worked in offices where breastfeeding in the lunchroom, albeit with the baby and mom’s breast covered with a blanket, was considered normal and natural.

Respondents to the Mumsnet thread couldn’t come to a consensus about the appropriateness of the original poster’s actions. One argued that not only was it inappropriate to feed her son during the interview, bringing a baby to an interview would always be inappropriate. Another said that this could help to further normalize breastfeeding at work. Many forum members were shocked that she would even consider breastfeeding during an interview.

And then there’s her business partner’s comments. “Try not getting your boobs out for the next interview.” Of course he’s shocked and speaking from an emotional place but no matter your stance on workplace breastfeeding, that kind of comment is inappropriate too — it’s the kind of thing we advise employees to write down, should they want to make a case their workplace is hostile. Certainly not the kind of language one uses to talk to a respected business partner.

Normally I’d sum up a piece like this with my own opinion and some recommendations for employees and managers alike. I’m having a hard time doing that today, though. I don’t know what to recommend. I think companies that have expanded benefits for mothers and made it easier for them to work while raising kids are moving in the right direction. I think that normalizing breastfeeding in public is important — it is, after all, just feeding, not a lewd act. But in the workplace, it comes down to fairness and company culture. Why should any employee be put in a position to literally juggle a baby and a resume? Do kids at work present an unfair distraction for other workers? And is it fair to non-employers, either clients or candidates, for their meetings to be interrupted by a baby? Appropriateness aside, breastfeeding during an interview or meeting just seems like a terrible idea — awkward, distracting and potentially leading to conflict.

But I’m not a mother. Those of you who are working moms, well, I’d love to hear about what you think of the story. Let me know in the comments.