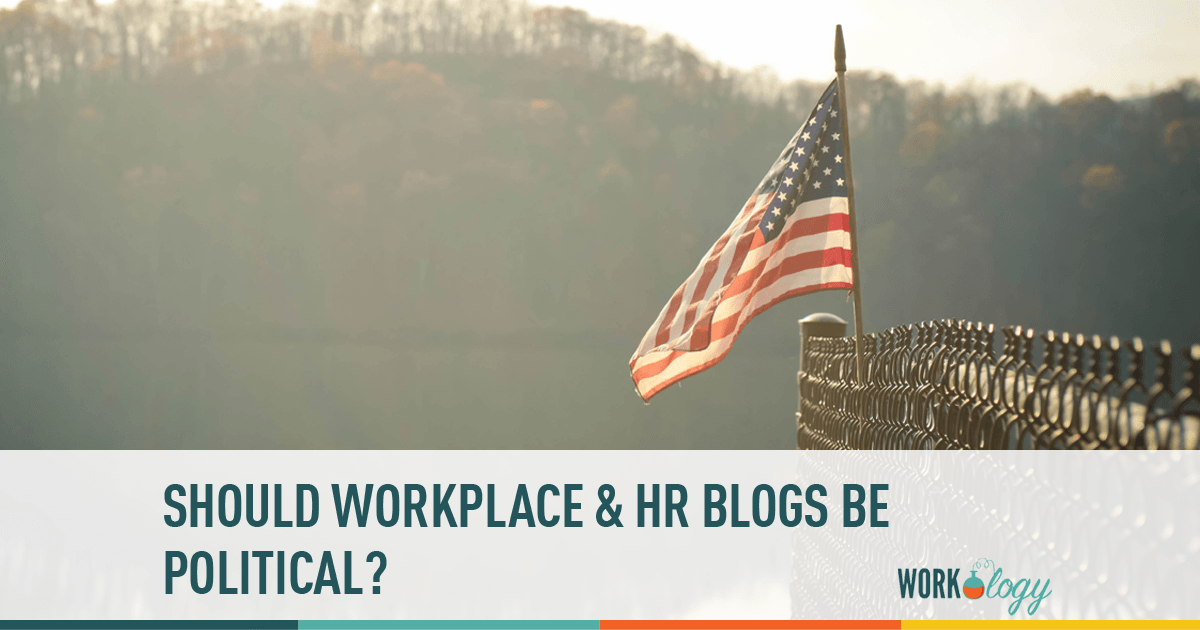 About four weeks ago, this blog went through a major rebranding. Blogging4Jobs is now Workology. I’m still working through some additional changes and updates. I still have a lot of changes and updates left to go and recently, I asked for feedback from readers as part of my annual blog reader survey. You can still take a moment to complete by clicking here. I received an email from a blog reader who had some criticism which I thought I would share with you.

I completed your survey but wanted to share this comment with you directly.  I have been in the world of work for over 40 years and have been a career counselor in private practice for over 16 years.  I have also worked as a senior consultant for outplacement firms, and taught and provided counseling in career centers at local colleges and universities.  I have a broad range of industries and clients I have serviced for many years.  I also work as an expert witness as a vocational expert.  I have found Blogging For Jobs to be interesting and informative, but with the recent election noticed some political entries that I feel are not appropriate for the site as they were clearly biased.  In my opinion, even though governmental policies clearly impact HR and the world of work, comments re those issues should not be on the site.  Comments should be a statement of the facts without opining on whether or not the writer believes those policies to be good or bad from a political view point.  I think comments that have a political bias are more appropriate for other sites and may taint the objectiveness of Blogging For Jobs.As you move into the new Workology site, perhaps a reminder to your writers about the purpose of the site (i.e. to educate readers in an non-political way) would be useful. – Name Redacted

I certainly welcome and appreciate the feedback from this reader, but I also wondered if other readers felt the same way. I’ll dive into more specific comments and thoughts a bit later as I’ve taken a few weeks to digest the email, but I wanted to share with you my response.

Hi Name Redacted,
Thank you for your comment. I try to make sure we remain as neutral as possible on the site. We didn’t endorse either candidate and I’ve tried to offer both sides during the election. I’m not sure what posts you are referring to specifically. My blog editor is actually Canadian and didn’t vote if that makes a difference to you and I didn’t discuss who I voted for in the election other than on my personal social media profiles.
Megan is writing more trending news stories which might be the reason why it seems like we are favoring one political party over the other. Politics is trending news.

Fact of the matter is the President Elect will impact the economy, immigration, union organization and be selecting Supreme Court judges. There is no way around no matter who you voted for. Things are changing and I want to make sure we address it thinking about Human Resources. Happy to discuss more by phone if you would like. Appreciate you taking the time to write and email and finishing the blog reader survey.

Should Workplace & HR Blogs Take a Political Side?

I stand by my email to the reader, but it made me consider for a moment had I let my political interest bleed over into the blog? And was that really a bad thing?

This presidential election for me was one of the first that I felt drawn to be a part of. My daughter, who is now 8 has always been told that she could do anything she wanted including be president. She has grown up in an environment where she hasn’t experience discrimination or being told that someone couldn’t do something because she is like being a female. While I was personally caught up in the significance of a female presidential nominee, my daughter didn’t get it because she hasn’t experienced barriers imposed for that reason. That simple fact made me not just happy for her but more interested in the presidential election regardless who won or lost. And that’s exactly why I was more immersed in this election than ones previously.

But as I began researching the issues and the political landscape, I began to quickly realize that no HR or workplace blogs were really covering the election. Which is why I made a decision to cover the election focused on HR, employment laws and the workplace. I wanted to serve a niche that I felt wasn’t being addressed or discussed outside of SHRM and maybe the Chamber of Commerce commentary. And so yes, I made the decision to cover a variety of topics surrounding the election and encouraged Megan, our blog editor to do the same. You can see some of those posts here, here, here and here. Additionally, I covered the republican and democratic national conventions.

I am of the belief that in a sea of sameness we have to take a stand and serve a larger and possibly bigger purpose. This blog has always been about the intersection between work and life offering a different and unique perspective. My personal life and professional life have always bled into one another and this blog is the perfect example. I’ve written and shared some pretty personal things here including the birth of my daughter, the death of my father in law, and talking about being a domestic abuse survivor.  I’ve also shared work resources on the topics of employment law, job search strategies and recruiting best practices. My willingness to be transparent about my struggles as well as successes and lessons learned, is my super power. I believe no matter how hard we try we are not two separate people. I can’t live this way, and that’s one of the many reasons I choose to cover the election. Our work life and personal live are intertwined no matter how much we try to separate.

Recently, a newspaper came under fire in Oklahoma, supporting Hillary Clinton. This endorsement caused a great deal of controversy and conversation because in my opinion, it challenged the way we saw Oklahoma in a traditional sense. How could a small town newspaper in rural Oklahoma support Hillary Clinton? The New York Times took notice of the endorsement and opened a very public discussion on the position and importance of dialogue and discussion the media can bring especially one whose endorsement challenges local logic and public perception. The Times story resulted in a great deal of support for the local newspaper as well as debate regarding a newspaper’s right to express an independent and what some considered controversial opinion not represented by everyone of the community.

I believe that’s exactly what I and we are doing here. This blog is an independent entity that provides the public information and resources for the purposes of workplace, HR and recruitment. As a American citizen, I have the freedom to express my own opinions and seek to cultivate and also educate others in my community. My community happens to be digital with a home on the world wide web. It is also your right as an American citizen to create and have your own platform to share your own beliefs, opinions and information. Maybe that’s a blog, a private Facebook group or your local book club. You also exercise the right to visit other blogs, resources and digital information that serves your community just like you can find another book club if you don’t like the books they have on their agenda. Maybe you prefer mysteries over science fiction, and that’s okay with me.

So yes, I think that it’s time the workplace and HR got political, but not in the way you might believe. I’m not sharing political memes, Saturday Night Live skits or dispensing fake news sites. I’m here discuss current topics and the impact of political decisions for the workplace but also for business leaders and HR. I do want to present a balanced view of politics in HR and the workplace. I encourage my blogging peers, friends and colleagues to do the same. We need to step aside our comfort level at the office, among friends and step outside of our professional associations and educate ourselves on different political topics as it impacts our workplace even after January 20th, 2017.