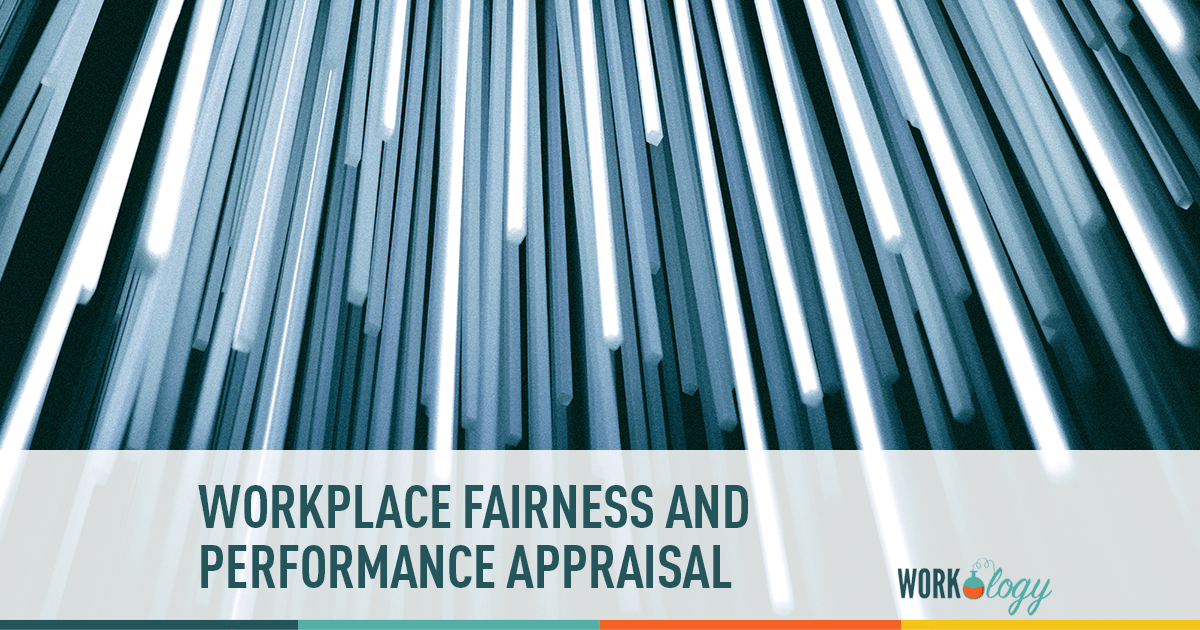 Is There Such a Thing as a Fair Performance Appraisal?

There has been a lot of discussion in the HR blog world of late regarding the subject of performance appraisal. More and more people are dismissing the importance of the performance appraisal process. There are a number of arguments that have been used, most of which I have always said have more to do with the user than it does with the tool. But now I am not so sure. I am beginning to think it may have as much to do with a changing view of the concept of “fairness” in our society. So I wanted to get you thinking along those lines as the trend develops and people apply a new definition of “fairness” to the performance appraisal process.

What got me thinking along these lines was a very interesting opinion piece by Arthur C. Brooks, published in the Wall Street Journal. In Fairness and the ‘Occupy’ movement, Brooks discusses the two sides of the movement. He writes:

“…they are not so wrong in indicting our system today for unfairness, and for being wracked with crony capitalism, insider dealings and corruption. What is a fair economic system? Some define it in terms of forced income redistribution. The overwhelming majority of Americans, however, believe fairness means rewarding merit, even if that means some people have a lot more than others.”

He then gives the example:

“Imagine two secretaries, of the same age, doing practically the same job. One finds out that the other earns considerably more than she does. The better paid secretary, however, is quicker, more efficient and more reliable at her job.” When asked if it was fair that one secretary be paid more than the other, 88.6% of respondents answered that it was fair indeed.”

From this he says:

According to the meritocratic definition of fairness, we have been getting less fair as a nation with every new redistributive policy and regulation that unnecessarily hinders entrepreneurship. Greater fairness means rewarding hard work and innovation—not handing out stimulus cash to politically well-connected corporations and campaign donors.

In a response to Mr. Brooks’ essay Terry Peters of Richmond, Virginia wrote a letter entitled Future Will Be Shaped by Our Definition of ‘Fairness’, in which he makes the comment “But many now believe that rewards are disconnected from work effort and value-added. Democrats have for decades worked to erode faith in the American meritocracy, exploiting resentments and envy for political advantage. The media and academia generally stoke that sense of systemic unfairness.”

After reading this I reflected on the decline of “meritocracy” in our society and hence our business system. Today we don’t reward merit especially when it comes to employee reviews as much as we perhaps have done in the past. We are bringing up children to not distinguish themselves. In ball games there are no “winners.” Teachers are not allowed to mark papers using the color red. Everyone gets a certificate or trophy. I am sure you can probably think of some example as well. So is there any surprise when we ask a young person today what “fair” is that they respond that “everyone gets something” aka “wealth distribution’?

Combine that with a misuse of the tool of performance appraisal and a changing emphasis from “individual” to “team” that many companies now have you can more easily see why there are so many calls to get rid of annual reivew.

Of course what does that lead to? You emphasize results and we have seen that in the development of “Results Only Work Environments” or ROWE. The problem with this is all of us know that people do not work with equal effort. So where does “fairness” come into play as we distribute the rewards for accomplishment? Or do we forego rewards all together?

Anyway I wanted to get you thinking along these lines since it is going to be a developing concern for HR departments and businesses as we get the generational shifts occurring in our workforces. Help me develop my thinking on this subject. What else should I be considering? Do you have some great annual review tips or suggestions?  I do come from the “meritocracy” school of thought so let me know if or how I need to be changing.