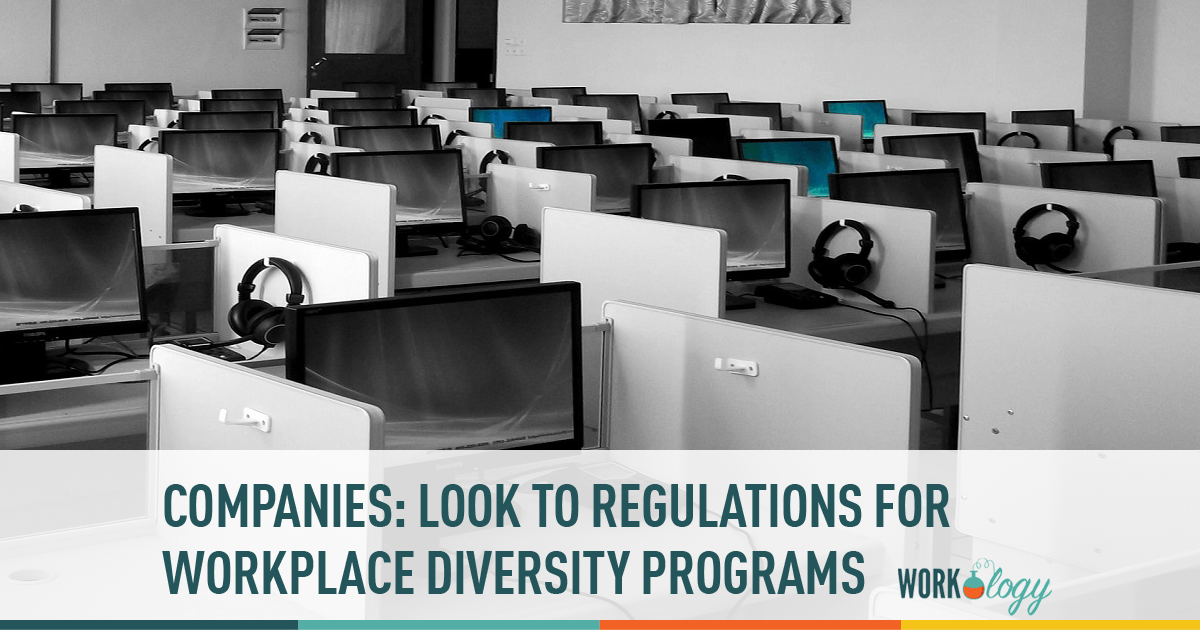 This article was originally published on Forbes. You can view by clicking here.

When it comes to the topic of diversity, organizations are applauded or reprimanded for their efforts. However, there is little backstory or information for companies to establish a baseline for what a diverse workplace and work teams look like. Instead, diversity is positioned as a warm and fuzzy activity that is morally just instead of looking to compliance for direction and guidance on what to do.

In the U.S., diversity generally falls into what the Equal Opportunity Employment Commission (EOEC) defines as a protected class. These protected classes include individual workers who are protected in the employment and hiring process under a number of federal U.S. employment laws and include the following groups:

There is also a ninth protected class for organizations that are federal contractors that include veterans and military.

Federal contracting companies are required to engage candidates and encourage them to apply for positions including those where diversity disparity exists within the organization. Filing an annual EEO-1 report is mandatory for companies that employ at least 50 employees and have a contract with the government resulting in at least $50,000 worth of business each year. They are also expected to not only engage protected classes on the basis of sex as mentioned above but must complete outreach to members of the LGBT community.

Companies must request all job candidates to self-identify their protected class early in the hiring and application process. This information isn’t used in the hiring process but is part of federal contractor requirements, as mentioned above. In 2017, federal contracts must ensure that at least 6.7% of employees hired are veterans and 7% of hires are people with disabilities.

The Growing Focus On Diversity

I have focused on the diversity side of compliance because these government requirements are often overlooked by many who paint diversity with a broad-sweeping brush. While not every organization is a federal contractor, the expectations set forth provide solid guidance, direction, and reporting for any organization.

All of this is important because it sets the stage when discussing the subject of diversity and, more importantly, diversity disparity. Becoming more aware of diversity disparity within our organizations leads to important conversations that can set forth a movement for change beyond the Office of Federal Contract Compliance Programs, also known as the OFCCP.

Recently, Uber released their first state of diversity report, adding fuel to the fire of controversy surrounding Uber leadership and the future of the company. Their diversity numbers were less than ideal, especially when you look at the employee population in technology roles. According to the report, the company has nearly 85% men in technology roles within the organization, and overall, the U.S.-based Uber team consists of the following race and ethnicity breakdown: 30.9% Asian, 49.8% Caucasian, 4.3% multi-racial, 5.6% Hispanic and 8.8% African American.

If Uber aspires to become a federal contractor, they will need to have all employees and candidates self-identify for AAP reporting purposes. While we should applaud Uber’s transparency, they have a long road ahead of them. My hope is that senior leaders are fully committed to the process and willing to drive actual diversity and cultural change.

The increased diversity focus within organizations will not become commonplace if work environments remain segregated, whether it is geographical, position-based or within a work team. Research published in 2006 in the Journal of Community Psychology found that an organization that lacks diversity results in the lowest levels of work performance, job satisfaction and a higher level of psychological complaints across all team members.

It isn’t enough to hire and employ diverse candidates. Companies need to also commit to paying employees a fair wage regardless of their protected class.

Intel is a shining example of a company that is leading the way and driving this change. It is one of the first companies to have achieved 100% pay equality for women and minorities, according to their 2016 diversity report. We need more companies like Intel to commit to diversity hiring, as well as equal access to internal opportunities and compensation.

On the other side of the spectrum, Oracle, a leading provider of human capital management technology, found itself earlier this year being sued by the Department of Labor for its discriminatory employment practices. According to the official news release, the suit challenges Oracle’s “systemic practice of favoring Asian workers in its recruiting and hiring practices for product development and other technical roles, which resulted in hiring discrimination against non-Asian applicants.”

Companies like AT&T have upped the ante, committing to hiring 20,000 instead of 10,000 military veterans by 2020. It serves as an example of what employers can aspire to. In fact, the company’s veteran application numbers are well above 10%, exceeding the current 6.7% hiring benchmark discussed earlier for federal contractors. AT&T is committed to exceeding diversity expectations with its hiring programs in nine different categories.

Most businesses need a gentle nudge, and I believe in order to drive real impactful diversity change, we need more regulations to help make sense defining, regulating and driving diversity at our companies.