How to Deal with Petty Bullshit at Work (& Life) 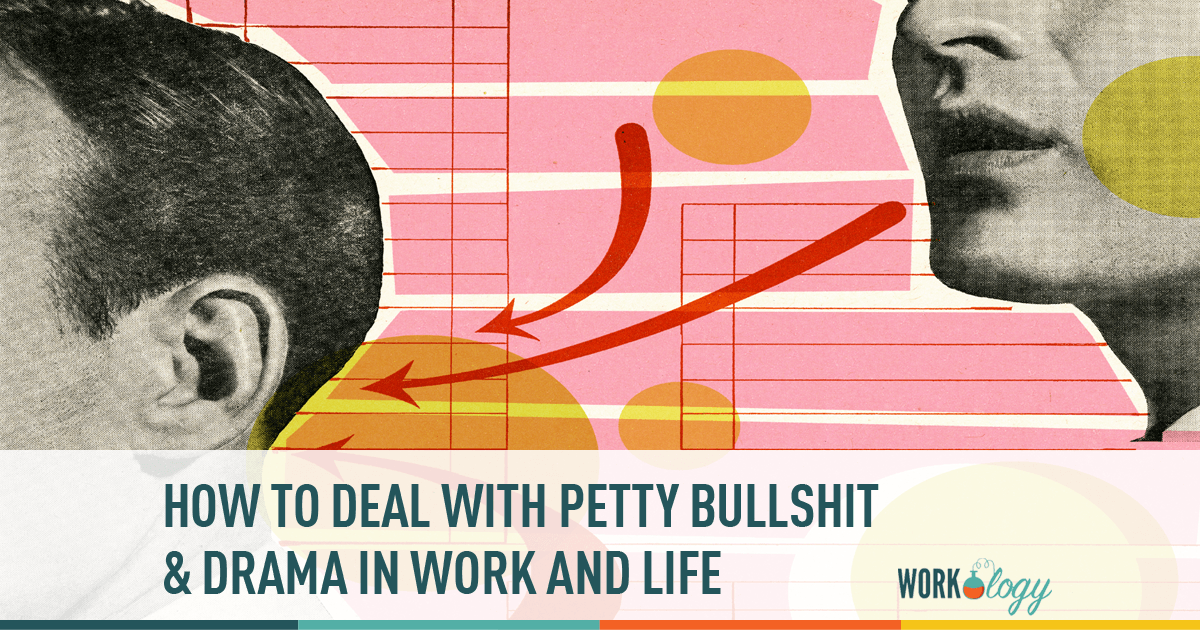 I’ve never been that girl at work.  I’ve certainly never been that guy.  You know the type.  The one who workplace drama and just crap at work seems to be drawn to, attracted like a magnet.  It’s like they can’t get away.  Whether its work place gossip, drama, or just general petty bullshit, this person’s involvement can never escape.  That’s kind of how I’ve been feeling lately about myself.  These last two weeks have been a tough one.  Drama can’t seem to escape me, or maybe I just can’t escape the drama.  Like how many licks it takes to lick a tootsie pop, it’s really one of those answers to a question the world will really never know.  Mostly, I won’t know.  It just does.

Drama in work and in life is never fun.  It causes stress on you, your co-workers, and your family.  Stress at work puts you at risk for increased heart attacks.  In fact, Europeans with high demanding jobs with stress and little autonomy to make decisions were shown to have an increased chance of heart attack by 23%.  While I personally, have more than enough decision making autonomy being self-employed, I’m thinking I might just make an extra effort for meditation especially since I’m the drama magnet as of late.  And maybe a massage. . .

A couple weeks ago my friend went ape shit.  Abruptly shutting me out after serving as her confidant for many years.  The ranting voice mails, texts, and emails are more than I can handle.  It was hard to focus on work.  Now I realize that all the drama and conflict she described among clients, co-workers, and friends stemmed from one single source, herself.  While glad to be rid of the drama, I’m hurt as I’ve lost a friend, and that is never fun.

While I’m one for creativity especially at work, work place gossip is where I draw the line.  Another friend was personally attacked but kept squarely out of the loop as people close to him invented stories, added to the gossip mill, and general nonsense while he was completely clueless as to the conversations, creative imaginations, and back-handed-ness of those involved.  I’m talking about accusations including involvement in a porn ring, a handful of felony convictions, and male prostitution.  I am stuck in the middle of this fiction-filled work drama.  Someone has a career as a fiction writer because they’ve crafted quite the story.

The problem is that people thrive on this stuff, when I just want to run away.  Shut yourself off from humans and maybe just hold up in your home office blogging, tweeting, and writing feverishly like me. I quickly realized that I must face this head on.

How to Avoid Work Place Problems

As long as their are humans, there will be drama and gossip at work.  I hate admitting that.  It’s a part of life.  Like breathing you can consciously control drama in most cases but only for you.  They key to dealing with petty bullshit in work and life is to remember surround yourself with family and people you love, keep your head down, and remember that your best really is enough for you.