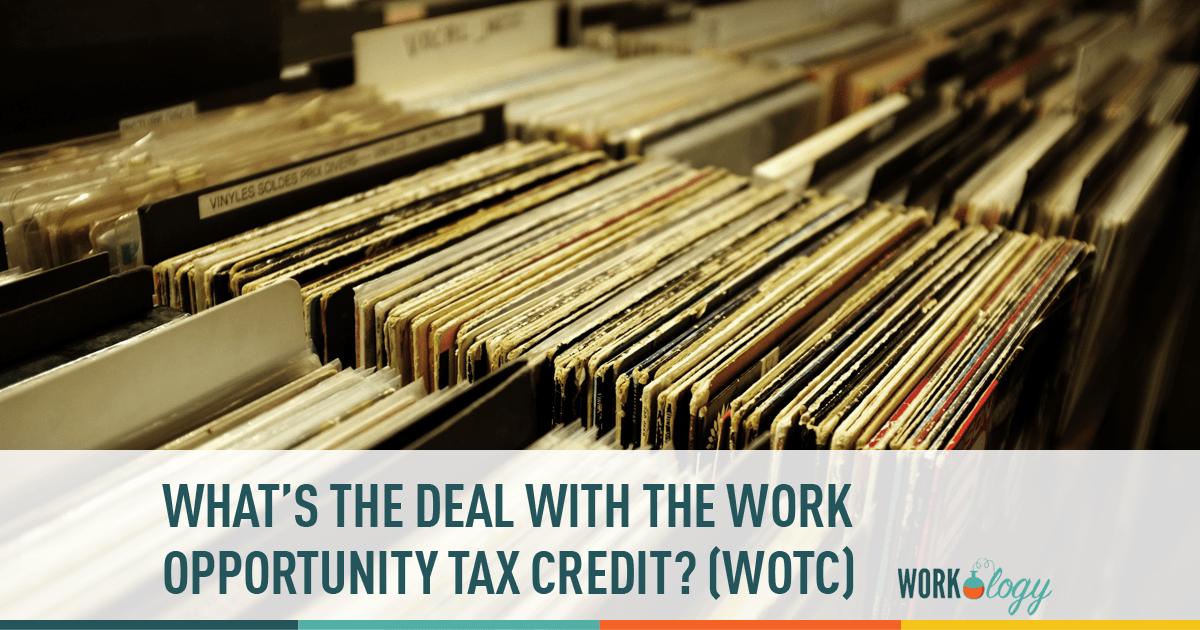 One of my favorite tax credit programs if there ever was a thing as favorite tax credits is the Work Opportunity Tax Credit or WOTC. Unfortunately, the DOL hasn’t updated their website to discuss some of the recent updates and changes in relation to the WOTC hiatus. You might be wondering what this means.

The WOTC authorization expired on December 31, 2014, placing WOTC in a “hiatus” period again starting on January 1, 2015. ETA provided procedural guidance to the SWAs and the employer community in Training and Employment Guidance Letter (TEGL) No. 8- 13 regarding requests for certifications submitted to SWAs during the 2014 authorization lapse. Similar to the 2014 hiatus period, and specifically in the 2015 hiatus period, states can accept applications for new employees in the current WOTC target groups hired on or after WOTC Program Guidance January 7, 2015 January 1, 2015, but must postpone final processing of those certification requests pending further Congressional legislative action.

The Work Opportunity Tax Credit is not a new program. It’s a federal tax credit available to employers for hiring individuals from certain target groups. These target groups are explained more below. The status of the WOTC has been a hard one to follow. It was on hiatus, re-enacted and placed on hiatus again which is confusing. I can’t keep up with the on again, off again relationship status. I just wanted to know if there was an active program for the WOTC?

In 2015 the WOTC was again re-enacted retroactively. Businesses had a short window in April 2015 to screen applicants and apply for this credit. States were given the opportunity to process WOTC requests from 2013 and 2014 but not 2015. This makes for a very confusing program, and one that I am certain employers are not taking advantage of because there isn’t any clear communication from any government agencies including the DOL or the IRS.

The WOTC process is already hard to follow like any government tax credit program. It’s why most employers outsource these efforts using a PPO or an unemployment and tax credit claim management company.

What is the Work Opportunity Tax Credit?

Under the Work Opportunity Tax Credit, Employers can hire eligible employees from the following target groups and receive a tax credit

The tax credit itself is equal to 25% or 40% of a new employee’s first-year wages, up to the maximum for the target group to which the employee belongs. Employers will earn 25% if the employee works at least 120 hours and 40% if the employee works at least 400 hours. They DOL has a handy WOTC Calculator to see how much your business can earn in tax credits which would be extremely helpful if employers were able to submit 8850 documents for the WOTC credits for any hires made in 2015.

For Veterans under the VOTC program, the maximum amount of the tax credit (displayed on the right) is as follows but depends on a few factors as outlined below. (data courtesy of the Department of Labor)

For other WOTC groups as listed in the bullets above, employers can receive the maximum tax credit amount listed on the right.

For employers who are hiring in these targeted groups, the tax benefit has in the past been very lucrative especially in industries like retail, hospitality, call center and restaurant. I, personally, liked to work the local one stops and unemployment offices to maximize the tax credit potential. Unfortunately, there isn’t a lot of direction on when employers will be able to submit 2015 and 2016 paperwork to receive the tax credit going forward.

The WOTC program is an important one especially in an economy where there is a talent shortage. Employers want to lower their hiring expenses. A program like the Work Opportunity Tax Credit would allow for this especially when I consider my top three hidden talent pools for 2016 to be veterans and military spouses, ex-felons and those with disabilities.