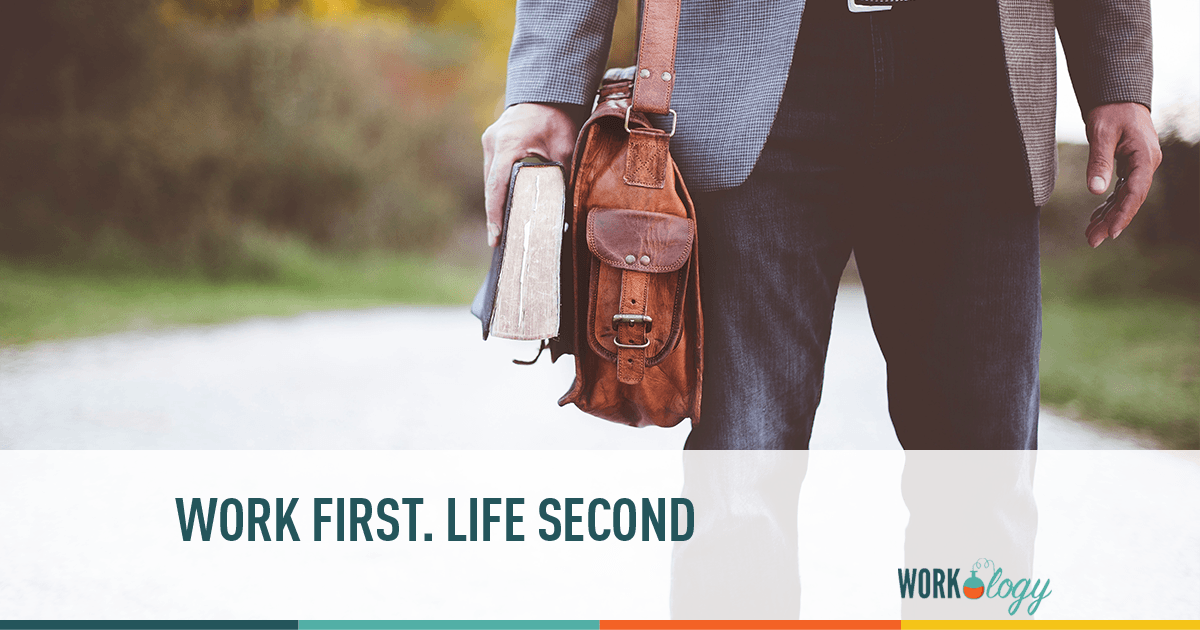 Balancing Work and Life for a Working Mom

I’ve made my fair share of life sacrifices putting work first before my life, and truth be told I’ve had enough.  Maybe you have too.  So how do we change it and begin balancing work and life?

In 2009, working in a regular corporate job as a new working mom was hard.  I was breast feeding.  Add in a less-than-steller boss who didn’t believe moms could handle the corporate world, and the deck was stacked against me.  I worked until 3 days before my actual due date making the decision to stick it out a little longer because we had senior executives visiting.  It was expected, and my job absolutely depended on it.  Making this sacrifice was absolutely needed to demonstrate my dedication to the job as it had recently been in question and our corporate HR department had just went through it’s second reorganization in the last 12 months.

But why are these things expected, and was I really rewarded?  No, really, they could have just done fine without me.

As managers who work in the retail industry it was often expected per our job description to work 55 work weeks meaning 5 11 hour days but there were times I worked 7 days straight and depending on the season, I had to be there.  My job absolutely depended on it.  At least that’s what I told myself.  In reality, I was working extra hours and asking for more work responsibility to avoid a failing marriage and abusive spouse.  Work was the one place where I felt important, special, and needed.  So maybe in this case, my life actually depended on my job.  Don’t worry, I finally wised up and left the bastard.  I’m happily married to husband number two and have a daughter, Ryleigh.

One conference call I remember was impromptu.  Someone had lost a their eye in an accident in one of the facilities so Jim , the regional safety manager scheduled a call to discuss the changes to several pieces of equipment and new safety procedures that were recently put in play.  It was a horrible accident.  What we learned rather quickly was that Jim’s wife was in labor and was scheduled to have their first born any minute.  So he walked us through the paces of the safety changes and after a half hour rushed to see the birth of his daughter.  He made it just in time.

The District Manager celebrated Jim’s dedication publicly praising him by conference call and email later that next week.  Further supporting the work first lifestyle that we struggle with every single day.  If that District Manager was half a manager, he would have taken the safety call for Jim.  And of course Jim would never ask.  We don’t want to appear, weak, soft, or unable to perform our jobs.

I’m pretty sure that if my hubby was on a conference call while I was in labor, it would not have been pretty.  Add onto the fact that he might have missed the birth of our daughter, and it’s likely that he’d get some seriously shit from his wife of the hormonal variety.  Frankly, it was deserved.  No one should be expected to do that.  I don’t care who you are.

One time my boss called me into his office with a smile on his face.  He was excited to offer me a promotion as a traveling trainer.  I’d be on the road training new staff on various topics with my butt in a car and nights in sub-par hotels.  “It was the opportunity of a lifetime,” he said. The reason, I was selected I later learned was because I didn’t have children, and I could handle the travel.  I politely declined having just found out that day that I was in fact “not pregnant.”  I literally wiped the tears away from my face before walking into his office.

That was literally one of a few times I put my life first and work second.  My boss was stunned.  And you know what, it felt good.  My husband and I got pregnant a year or so later.   With my husband’s current travel schedule, I can’t imagine who would take care of the general household tasks or even picked up packages from the post office.

Putting yourself first isn’t easy, and it doesn’t happen every single time.  Achieving work life balance all the time just isn’t a realistic possibility.  We make decisions in a moment not fully understanding the results or the outcome.  That’s called life.  There is no hindsight for those moments, and that’s okay.    I’m more concerned about why do we reward Billy for working during his vacation at Disney World on a last minute project?  He is dedicated or are rewarding the wrong behaviors?  Maybe it’s not Billy at all. It’s the expectation from our boss that is out of whack?