Women in the Wokrplace: Success & Likeability 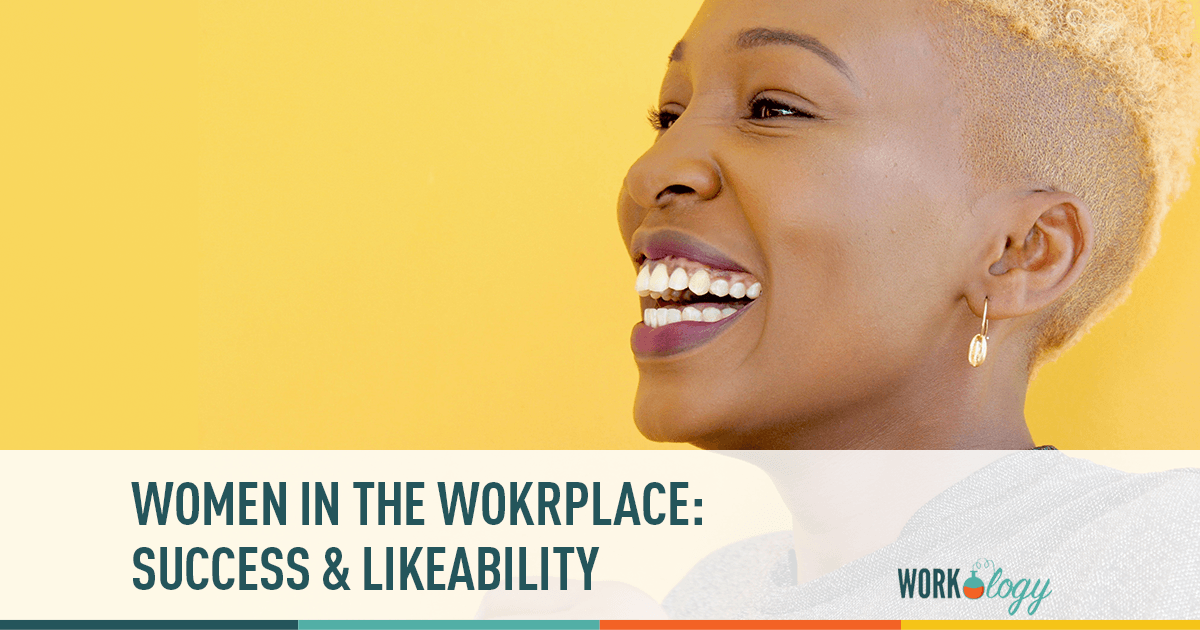 From Silicon Valley boardrooms to restaurant kitchens to the armed forces, much attention has been focused lately on how women are viewed and treated in traditionally male dominated professions. Even though women have made great strides in these areas during the last few decades, stories of women being subjected to sexist treatment persist.

Working Hard to Prove We Belong in a “Man’s World”

I was recently watching an episode of Chopped on the Food Network, during which four chefs are given a basket of ingredients they must use in their dishes. There are three rounds (appetizer, entrée and dessert), and one chef is “chopped” at the end of each round. In this episode, two men and one woman were cooking in the entrée round. One of the male chefs was commenting on his female competitor (who, incidentally won the competition) and said, “It’s not very often that you see a female with that knowledge and that experience.”

Sociologists Deborah Harris and Patti Giuffre conducted a study, which involved interviewing 32 female chefs about their experience in the culinary industry. Harris and Giuffre pointed out that, “Women described themselves as ‘invaders’ of men chefs’ turf, and their male supervisors often had preconceived ideas that women were not physically and emotionally strong enough to work in kitchens and would give them fewer high-status jobs.”

Harris and Giuffre further illustrated that women chefs who acted “too masculine, such as brusquely giving orders like men chefs … could get them labeled ‘bitchy’ and undermine their authority.” Conversely, those who were more caring in their approach tended to be seen as “mothers or big sisters in the kitchen.” It seems no matter what, women can’t win in the workplace, and for some it is exhausting trying to create a balance that will win them a secure, respected role in the workplace.

When women have to work that much harder to prove they are capable of doing a “man’s job,” the issue of likeability becomes a problem. Success for women is often equated with likeability. It is not often that we hear the complaint of “not being nice enough” used to describe a man in the workplace, but women hear this quite often.

If a woman makes a mistake, naysayers may point out that she made the mistake because she is female. In my conversations with other women in the workforce, especially those in male-dominated fields, the common refrain seems to be that they feel they often have to work much harder than their male counterparts to prove they deserve to be in their jobs. And the expectation is that they will do it all with a smile on their face and a caring attitude. Failure to do so may get them labeled as a bitch.

Women Expected to do the workplace chores

In a recent article in The New York Times, Facebook COO Sheryl Sandberg and Wharton School professor Adam Grant noted that women tend to shoulder the burden of what they call “office housework.” They define this as, “administrative tasks that help but don’t pay off.” This includes things like fetching coffee for meeting attendees, taking minutes and other miscellaneous office tasks.

At one company, I was HR Manager, yet I still found myself in the roll of note taker at many of the committee meetings I attended. I remember one time when I mentioned to my boss that I was overwhelmed with all the minutes I was taking. She asked one of my male coworkers to take notes. He laughed, said he was too busy and somehow the task ended up back with me.

For me, I often step up for such tasks because I fear that saying no will get me branded as being a non-team player. If I don’t take notes and do other housework tasks, there is the fear that I will be seen as not being helpful enough. Unfortunately, taking good notes is not often something that receives a lot of accolades, and often I was so busy writing at meetings, that I never got to contribute.

Once again, it comes back to likeability. Are women the ones often doing these tasks because everyone carries this expectation that this is just the way things are? I am not calling on women to start being mean and aggressive in order to change the workplace. Instead I am advocating for all of us to change the way we view and judge women in the workplace. When you find yourself complaining about a woman not being nice enough, ask yourself if you would say the same of a man who exhibited similar behaviors.

In next week’s post we will look at the other side of how women may be viewed in the workplace. What happens when a woman is seen as too assertive? We will also look at ways we can all shift our thinking about women in the workplace.

Harris, Deborah and Patti Giuffre. “A Sociological Study of Why So Few Women Chefs in Restaurant Kitchens.” The Feminist Kitchen, 18 July 2011. Web. 12 March 2015.